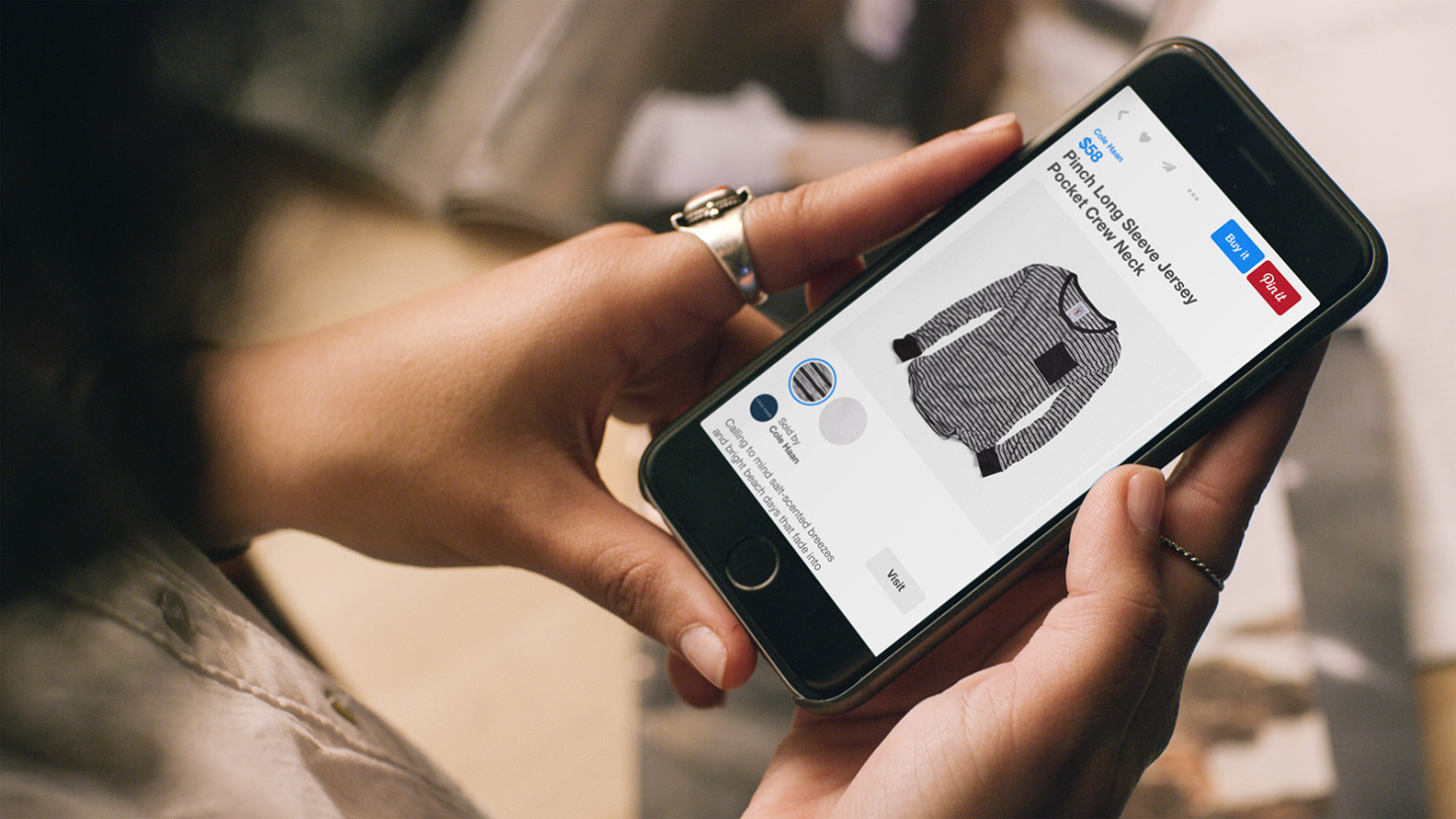 Pinterest has begun rolling out Buyable Pins to iPhone and iPad users, reports TechCrunch. The feature, which was unveiled earlier this month, allows retail partners to add a buy button to pins that let users purchase products directly on Pinterest.

The button shows up on Rich Pins, which have much more information than typical Pins. Transactions are handled by Stripe, and Pinterest says it’s working with companies like Apple to ensure it doesn’t ever have to touch credit card information.

Users can pay with a credit card or with Apple Pay. Pinterest has partnered with retailers like Macy’s and Nordstroms to stock Pinterest with “millions of products,” and is working with tens of thousands of local brands and merchants to add to that.

You don’t have to try very hard to imagine how this will benefit Pinterest. Active customers equals more interest and money from advertisers, and with the ability to purchase things from within the Pinterest app, users will spend more time using it.

If you’re not seeing Buyable Pins yet, be patient, Pinterest says it is rolling out the feature in stages. As always, you can find the latest version of the Pinterest app, for both iPhone and iPad, in the App Store for free.