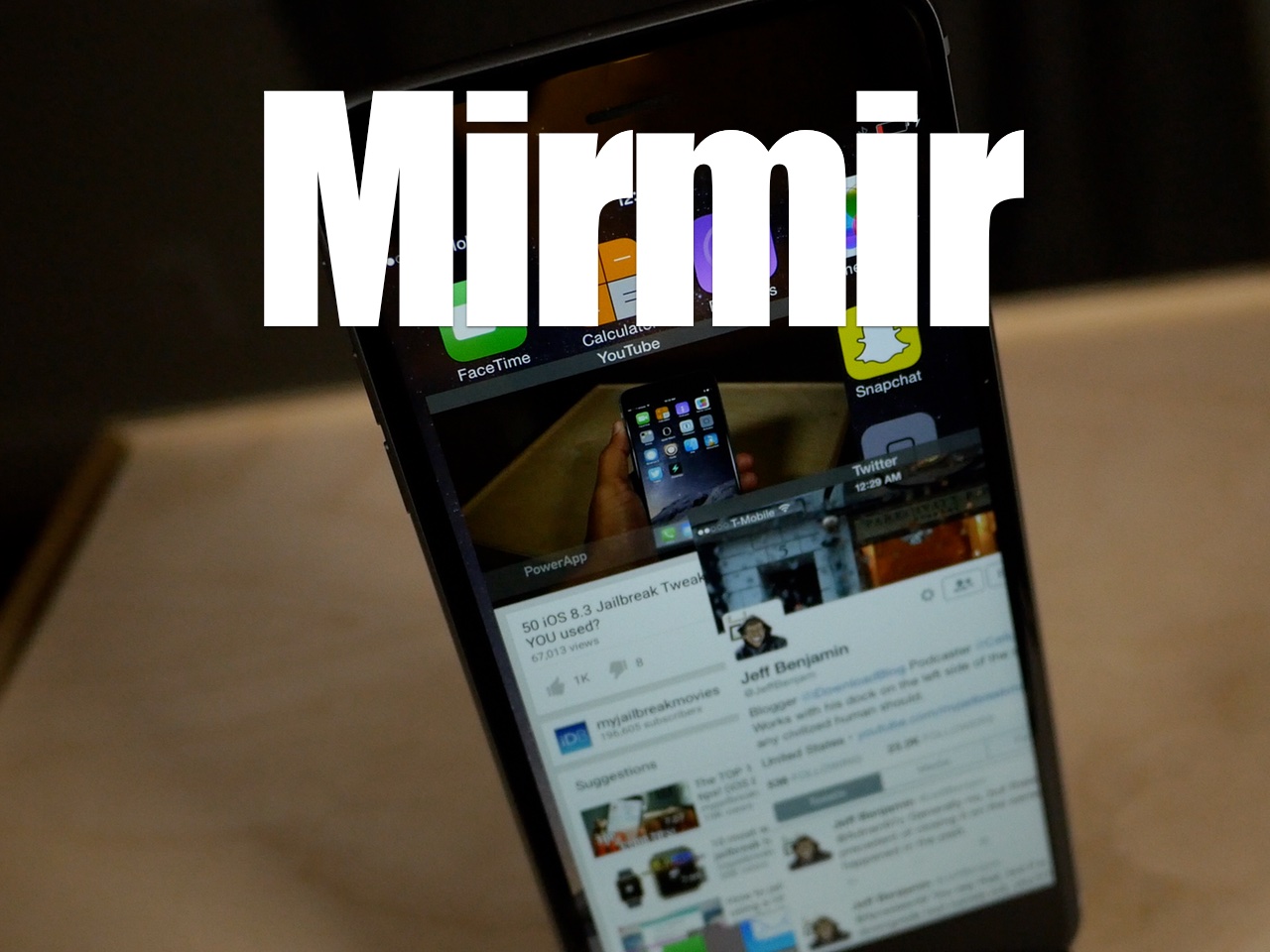 Mirmir (formerly Mimir) is a new jailbreak tweak by Ethan Arbuckle and Liam Thynne, which will allow you to run multiple apps at the same time on your iPhone or iPad. I was able to run four apps side-by-side-by-side-by-side with minimal slowdown on my iPad Air 2. It was quite impressive.

Mirmir uses its own built in gesture system for invocation, but it works with Activator as well. If you’re looking for a true-multitasking tweak for iOS 8, then look no further. Watch our full video walkthrough for all of the juicy details.

Once you install Mirmir, you can begin using it immediately by simply opening an app and swiping down from the upper left-hand corner of the app. Doing this causes the app to reduce in size, and go into multitasking mode. Mirmir includes a beautiful built-in hand-holding tutorial that shows you exactly what to do, which makes it easy to use right off the bat.

Multitasking mode appends a little grey title bar to the app. Using this title bar, users can drag apps around the screen, or tap it to reveal additional options. 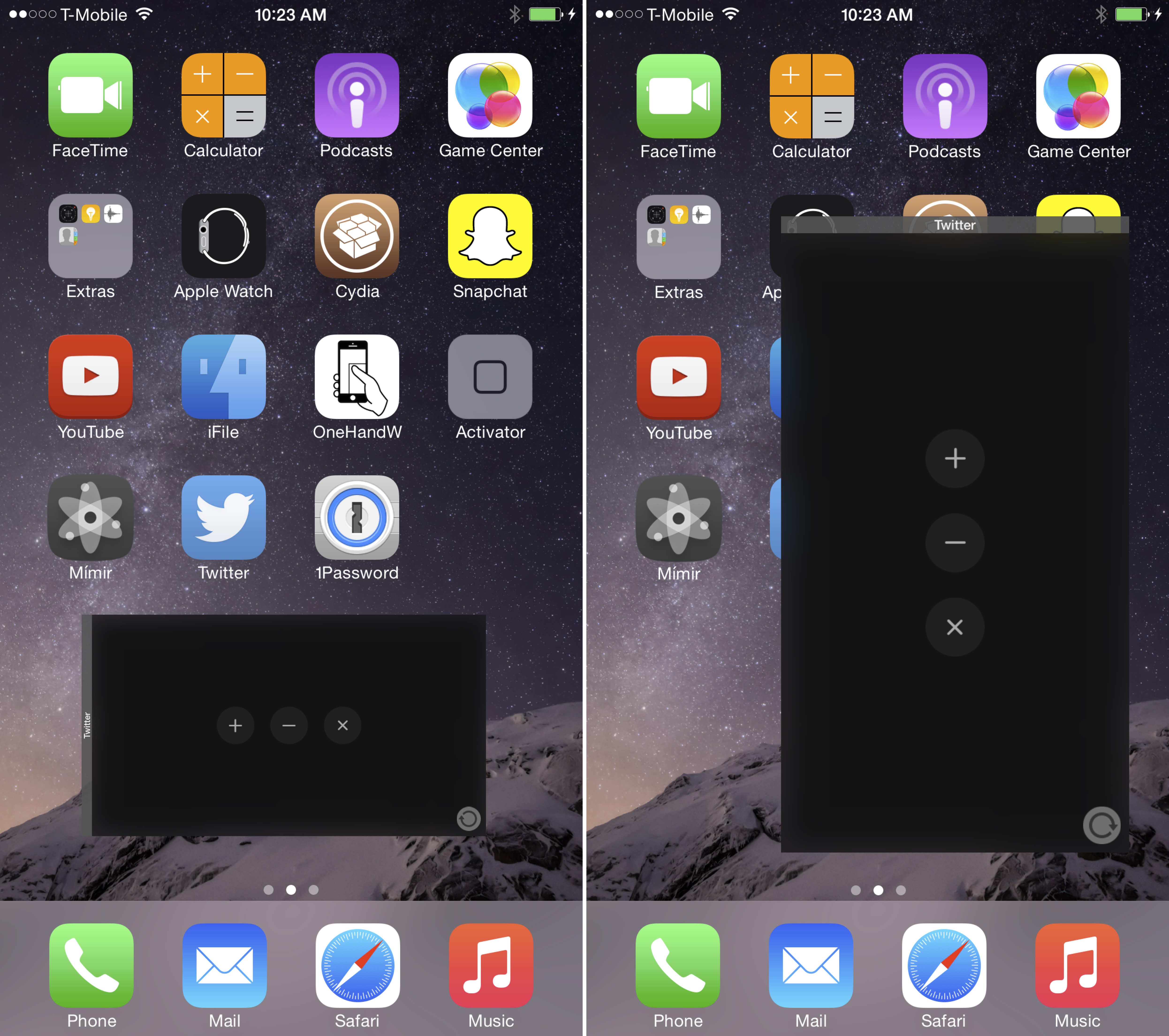 Upon tapping an app’s title bar, you’ll be presented with options for maximizing an app, minimizing it, and closing the app. You can also use basic pinch gestures to resize the app manually, and tap the orientation button to switch between portrait and landscape mode for the app.

Mirmir contains its own well-designed preference app that will take you into the tweak’s setup. There, you can configure and reconfigure a whole host of interesting options. Some of the options include default orientation, default window size and minimized size, activation method and sensitivity, and the ability to hide the status bar, title text, and more. 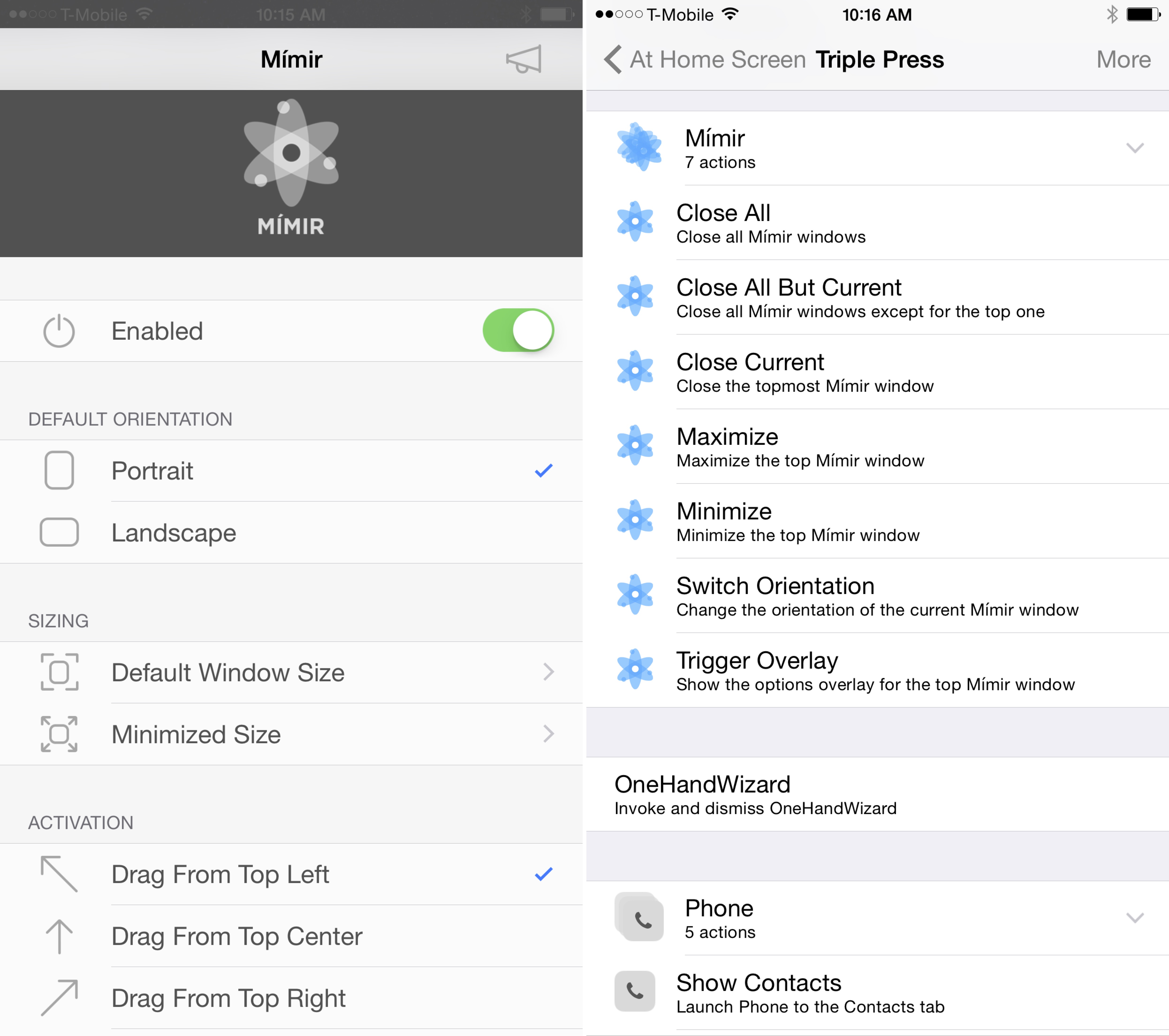 On my iPad Air 2, Mirmir ran like a champ. I guess you can chalk that up to the beefy processor, and more importantly, the 2GB of RAM. That extra RAM makes a huge difference.

On my iPhone 6 Plus, I could run a couple of apps side-by-side, but having more than two induced noticeable lag. It also cause my device to run pretty warm, which is to be expected. 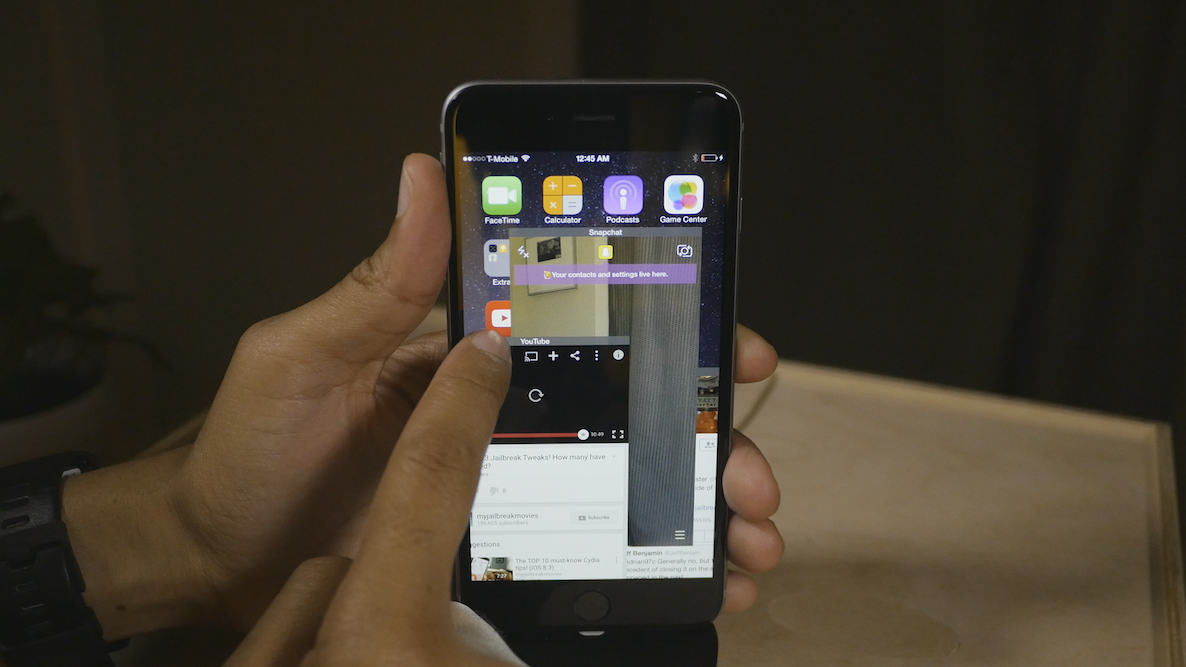 Perhaps my biggest beef with Mirmir are the tap targets for the title bars, especially on the iPhone. Even when I increased sensitivity, I had problems accurately hitting the title bars in order to move apps around the screen. To tell the truth, my fingers are probably a bit larger than the average, so that could have something to do with it, but I do believe this is an area where improvements can be made.

Overall, I’m impressed by Mirmir, especially on the iPad where I was able to run four apps simultaneously without a hitch. Though ReachApp does a great job with dual app multitasking, in the absence of a working Multify on iOS 8.3 or iOS 8.4, our options for multitasking with more than 2 apps is limited. Mirmir fills in that void quite nicely.

You’ll can download Mirmir now for $3.99 on the BigBoss. What do you think about it? Sound off in the comments below.