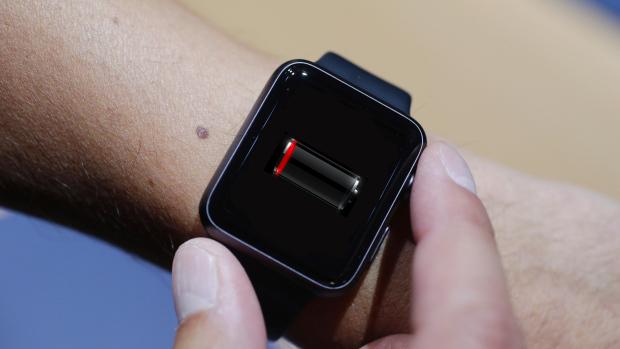 AppleCare+ protection for iPhone, iPad and Apple Watch has refreshed its terms to cover batteries that retain less than 80 percent of their original capacity within the extended warranty period. The new rules apply to Apple Watch Sport, Watch and Edition models, as discovered by MacRumors.

Previously, the extended warranty used to cover Apple Watch batteries that retained less than 50 percent of their original capacity. Apple officially guarantees the Apple Watch battery will retain up to 80 percent of its original capacity at 1,000 complete charge cycles. Assuming an average of one full charge cycle per day, the specification gives the device’s battery a lifespan of about two-and-a-half to three years.

According to the AppleCare+ Terms and Conditions in the United States and Canada, users who notice that their Apple Watch battery capacity has fallen below eighty percent of its original specifications during the extended warranty period can contact the company.

Apple will either repair the defect at no charge or exchange the device “with a replacement product that is new or equivalent to new in performance and reliability.”

These plans include up to two incidents of accidental damage from handling and cover the battery, the included magnetic charging cable and power adapter, as well as a few other perks.

AppleCare+ plans for the Apple Watch and Apple Watch Sport extend their coverage to two years from the original purchase date, or to three years in the case of Apple Watch Edition.