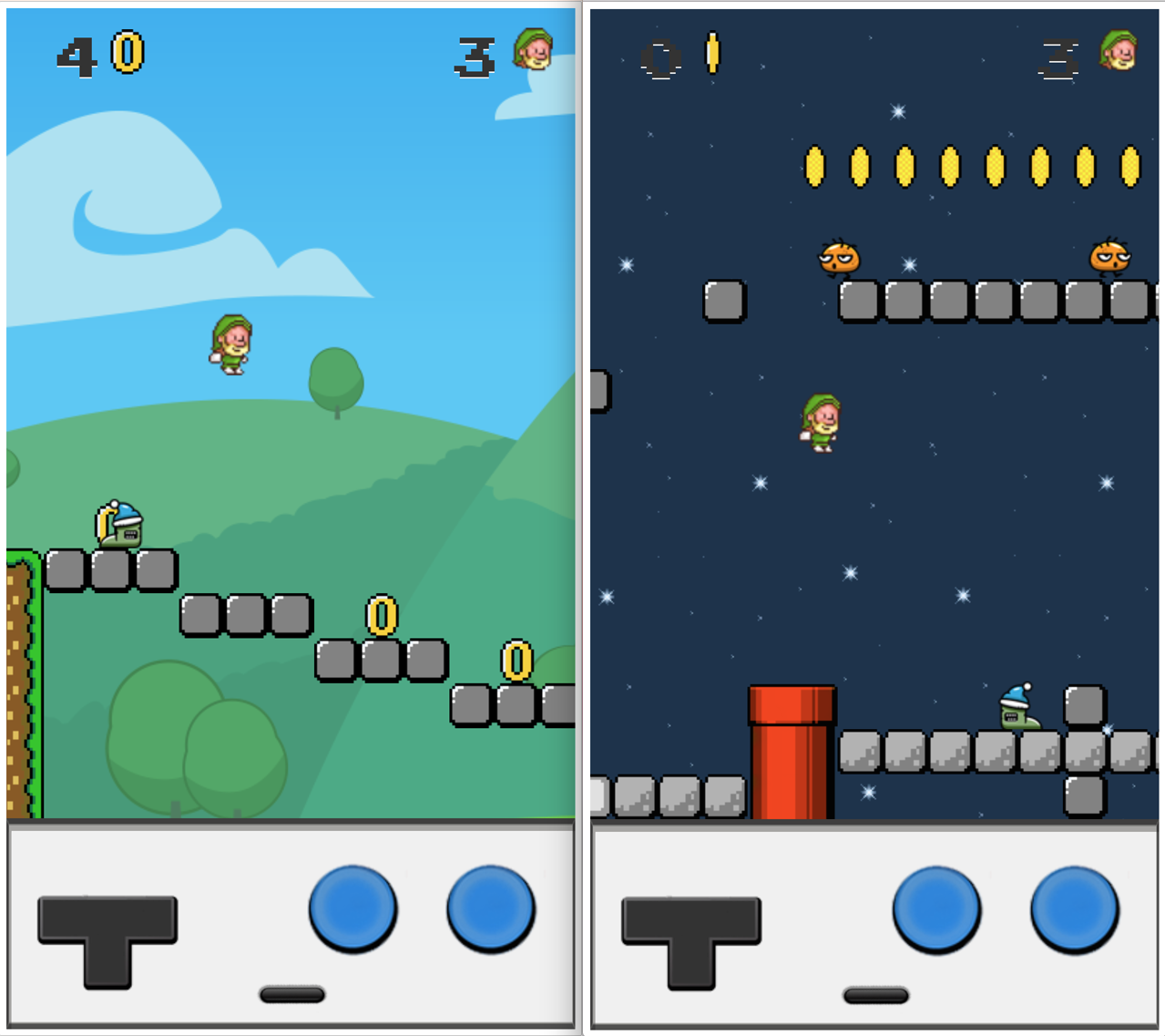 Earlier this year, a Super Mario clone named Super Bros! made its way into the App Store. Given the company’s history of blocking and removing obvious Nintendo game ripoffs and emulators, it was surprising that such a game made it past the review team.

Eventually, though, someone at Apple caught on and Super Bros! was pulled from the App Store, but it didn’t stay gone for long. The game returned today as “Pixel World!,” with updated sounds and game assets that help tone down the whole “ripoff” vibe a bit.

Unfortunately, most of the changes are for the worse. The new control pad looks exactly like you’d expect it to after a developer is asked to change its design to not look so much like an NES controller, and the main character has a similarly-odd, green Santa-like look.

And while we’re talking about negatives, I have to say the gameplay is pretty bad. The controls aren’t very responsive, and actions that do register aren’t smooth at all. In my time with the game, I was unable to get into any kind of rhythm like you see in the video below.

It’s not all bad though. Today’s update did bring about full landscape support and a new autosave feature, as well as bug fixes and other improvements over the original game. So if you own or liked the original, it’s definitely worth grabbing this update for these changes.

As for folks who haven’t purchased the game yet, I’d suggest you save your money. It’s hard to recommend a Super Mario clone that plays poorly and costs $2. If you do want to check it out, Pixel World is available in the App Store, for both iPhone and iPad, for $1.99.