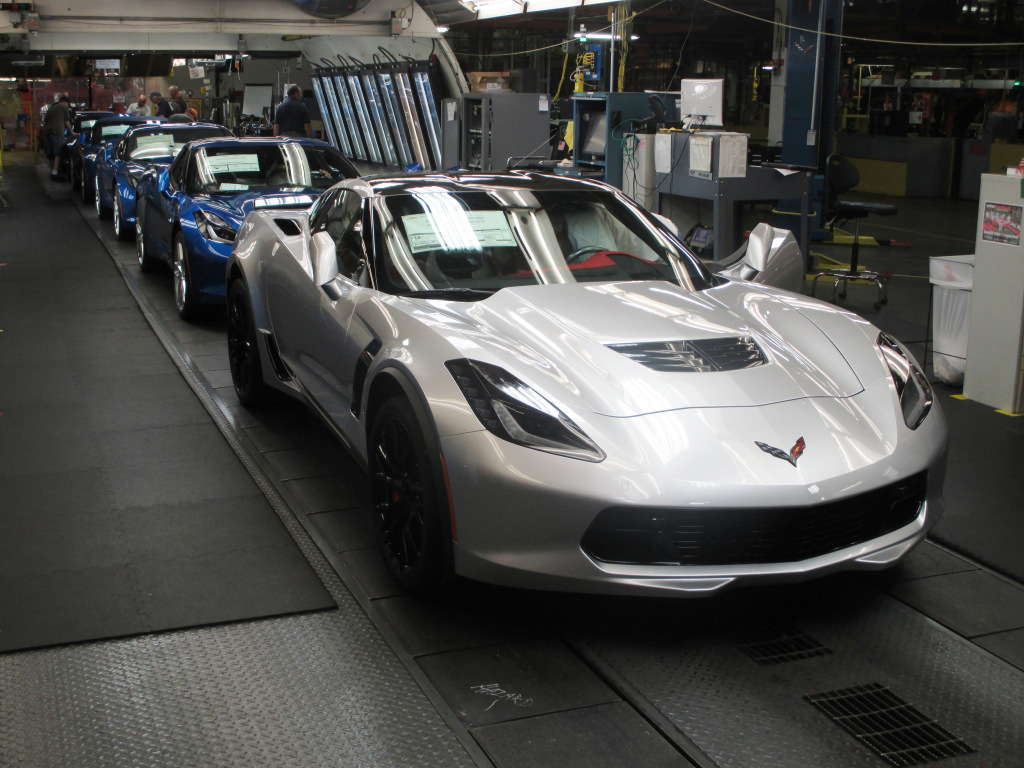 Chevrolet’s first CarPlay-enabled vehicles have begun shipping from production facilities, reports TechCrunch. The automaker shared the above image of the cars rolling off the assembly line, and says that they are on their way to dealers and consumers.

The cars are of the 2016 Corvette Z06 variety, which features a staggering 650 horsepower and a base price of $80K. The Vette is the second CarPlay-enabled vehicle to become available for purchase, after the Ferrari FF, since it was introduced last year.

Apple sells CarPlay as a “smarter, safer way to use your iPhone in the car.” Users with compatible iPhones and head units can make calls, use Maps, access messages and perform various other functions using simple touch controls. and voice commands.

A number of auto manufacturers have pledged support for the system, but few vehicles have actually made it to production. If a consumer wants access to CarPlay now, they either have to buy the pricey Ferrari or Corvette, or purchase an aftermarket stereo.

That should change as the year goes on though. Chevrolet announced in May that it plans on bringing CarPlay to as many as 14 new vehicles for 2016, and both Volkswagen and Cadillac have confirmed that they will be launch CarPlay models later this year.