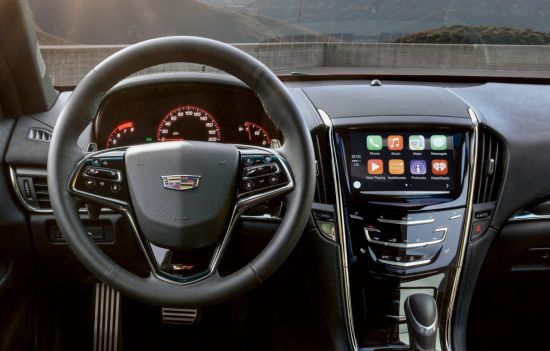 General Motors announced today that 2016 model year products from its luxury car division Cadillac will feature enhanced connectivity and control thanks to the addition of CarPlay and Android Auto. The move is part of a broader enhancement to CUE, Cadillac’s infotainment/user experience portal.

GM says that CarPlay will debut in all 2016 Cadillac models that feature CUE’s 8-in multitouch screen expect the SRX Crossover vehicle. Production on 2016 models will begin this summer, except for the SRX, which is moving to an all-new generation in early 2016. Android Auto will debut in late 2016.

Apple introduced CarPlay in the spring of 2014 as a “smarter, safer way to use your iPhone in the car.” The company has taken criticism for its “lack of focus” on the feature and slow roll out. Several car manufacturers have pledged support for CarPlay, but a year later few of them have vehicles available.

It’s believed Apple has bigger plans for the automotive industry than CarPlay, and is currently building an electronic car.