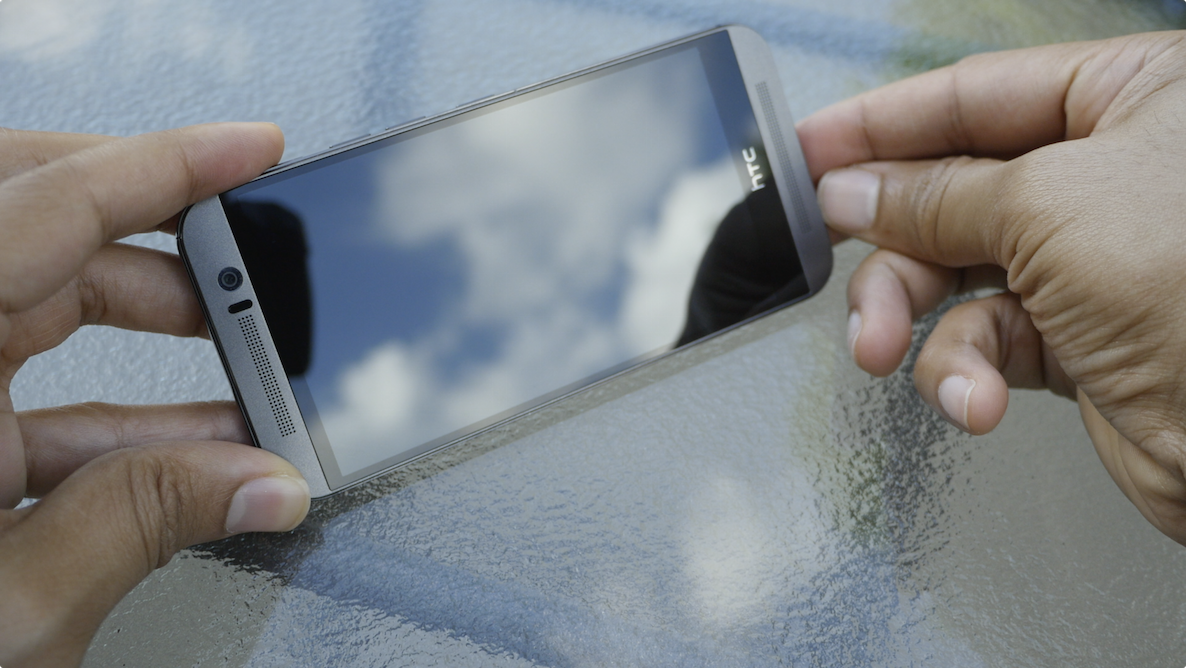 The HTC One M9 is the latest flagship phone from HTC and it doesn’t divert from what has made the HTC One line stand out among other releases from Android OEMs. If the all metal Galaxy S6 and S6 Edge didn’t exist, then the HTC One would stand head and shoulders above the rest of the Android competition from a design standpoint. But even with Samsung’s recent change in design taste, the HTC One M9 is one of the, if not the best looking Android smartphone that money can buy.

As a full time iPhone user, I feel like I have a unique perspective to lend to those of you who may be interested in the M9, or those of you who just want to know how other flagship phones are doing outside of the Apple ecosystem. In this post, I’ll discuss 5 features that I love about the HTC One M9, and 5 features that aren’t so hot. Be sure to tune in to our full video review as well.

Five things I love about the HTC One M9

The speakers on the HTC One M9 are just amazing. The fact that they face the user is practical, and I wish more phone manufactures would do this. The iPhone 6 sounds quiet next to the HTC One’s loud stereo speakers. Because of the speaker placement, sound feels so much more immersive than any other phone I’ve used before.

There’s no plastic here, and that’s a very good thing. The HTC One line continues to push the envelope for Android OEMs when it comes to build quality. This investment probably doesn’t do any favors to HTC’s bottom line, but you have to appreciate its dedication to excellence in this area.

The M9 feels rock solid in hand, and although it’s all metal, it doesn’t feel too heavy or difficult to hold. You don’t get the fully rounded edges like you do on the iPhone 6, but the edges on the M9 are tapered enough so that they don’t cut into your hands while gripping it tightly.

The bottom line is that the HTC One M9 has a very premium and expensive look and feel to it. Even though the design hasn’t swayed much from the previous version of the phone, it still looks fairly modern in 2015.

This is a software feature for HTC’s Sense UI. Highlights is like Flipboard that runs on your home screen. If you Swipe right while on the first home screen page, you’ll find the Highlights section. Highlights contain news and content from a variety of popular online sources.

How would you know if you had pending Notifications on an iPhone without picking up the device? Obviously, that’s where the Apple Watch comes in, but what if you don’t own an Apple Watch? Simply put, there is no easy way to check for pending notifications on an iPhone. Sure, you can go into the accessibility settings and make the LED flash pulsate once upon the initial receipt of a notification, but that’s aimed at the hearing-impaired and it’s not exactly the same thing. The M9’s notification indicator in infinitely more subtle and less battery draining.

Apple continues to gouge customers on flash storage prices, and that will probably never change. But it’s still way more likely that Apple implements fair flash storage pricing before we ever see expandable storage in one of its products. It’s hard enough to get an SD Card reader in an Apple laptop, let alone one of its tablets or phones. 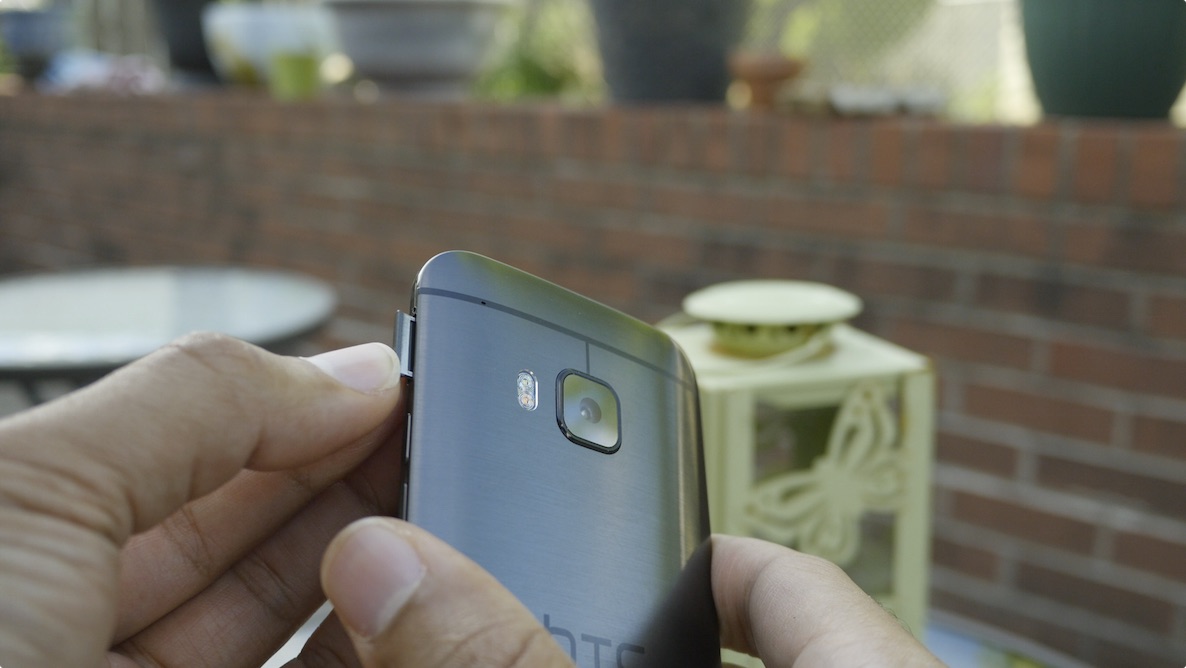 I like how HTC implemented its expandable flash storage slot. It works almost as if it’s were a SIM card, which means that there’s no need to take the back cover off of the device to add a flash card. That’s a good thing, because it’s a unibody design, meaning that the rear can’t be removed anyway.

Five things I dislike about the HTC One M9

There’s not much that I have to say here that hasn’t been stated a million times already. The HTC One M9’s camera is subpar. The low light performance on this phone is extremely disappointing. Sure, it has a 20 megapixel sensor, but megapixels are only a fraction of the whole story when it comes to putting together a good shooter.

Considering that the M8 was no champ when it came to camera quality either, I feel like HTC needs to go back to the drawing board in this area. The camera is easily this phone’s most disappointing feature, and the iPhone 6 and 6 Plus blow it out of the water.

I feel like whoever designed the buttons on the HTC One M9 probably had extremely small fingers. The buttons, which are located on the right side of the device, are so tiny and thin that they’re hard to discern without looking at the device. Granted, this design gives the phone a very svelte side profile, but the buttons are super thin, and so close together that it’s easy to mix them all up. Even the SD Card card slot looks like a button, which adds even more confusion to the experience. At least the power button has a slightly tactile feel due to its texture, but it’s not enough to easily differentiate in a hurry. 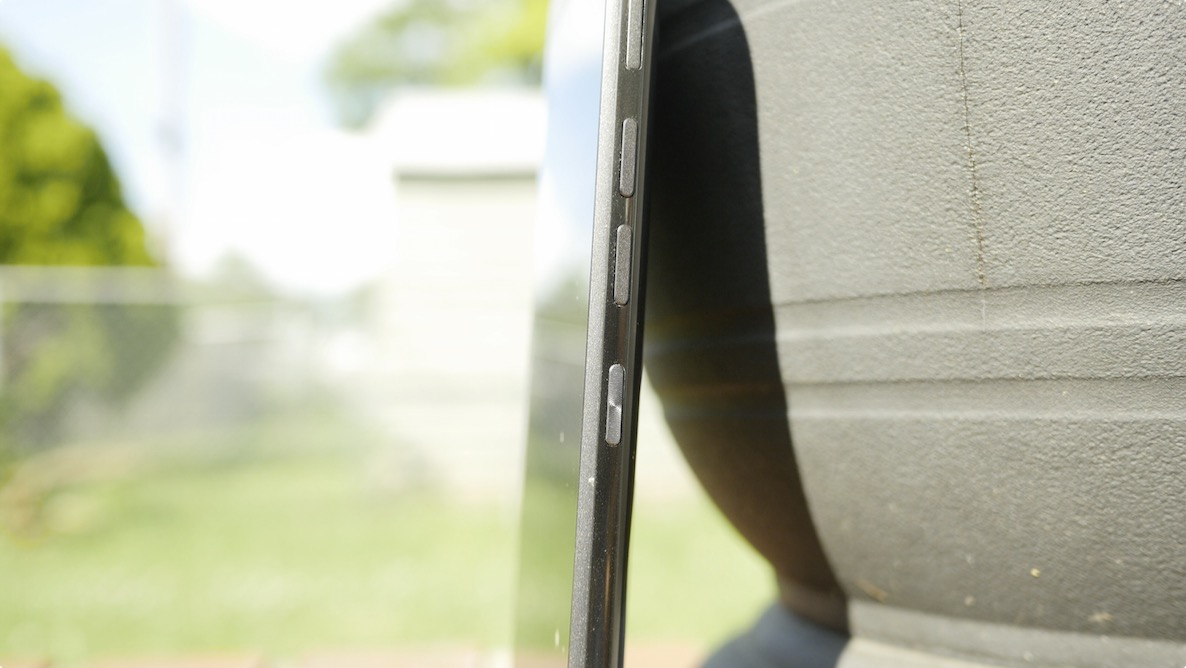 Shooting 4K video and watching video on the HTC One M9 is a fast battery drainer. Although it’s probably not exactly fair to compare my larger iPhone 6 Plus, which doesn’t shoot 4K video, I found the battery life on the iPhone to be better than the M9.

Although no one can argue that the M9 lacks good build quality, the design is almost the same as the older HTC One M8. As an iPhone user, complaining about that might seem silly, seeing as we had the iPhone 4 and 4S, and the iPhone 5 and 5s, with both pairs looking virtually indistinguishable from one another.

The HTC One M9’s design is very similar to its predecessor, and that design was understated to begin with. Don’t get me wrong, this is still a good looking phone, it just doesn’t make my eyes shine with excitement.

Subpar photo quality doesn’t necessarily mean that the video taking experience will be bad as well. Sadly, that’s not the case with the M9. First and foremost, the UHD 4K video was full of artifacts and lacked necessary detail to make the video pop. 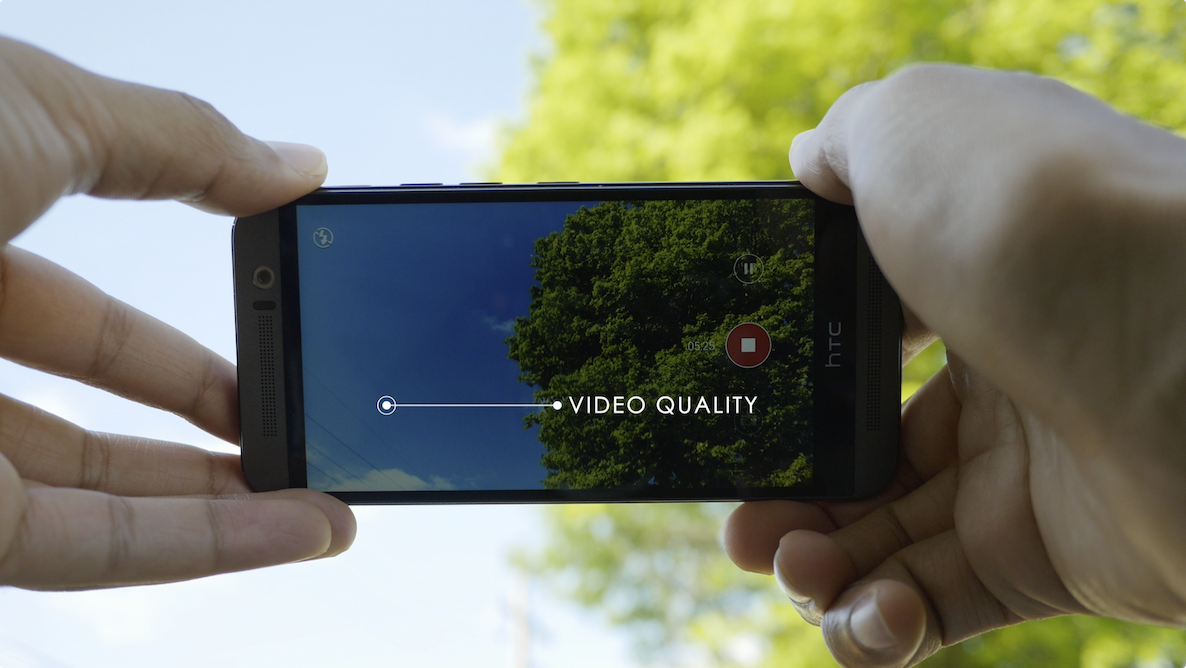 I believe that my old Samsung Galaxy S5 shot better looking 4K video than the M9 does now. Also, the lack of OIS (Optical Image Stabilization) really hurts for a handheld video camera. Videos came out really shaky, even though I was trying my best to be as still as possible with handheld pans.

If you’re heavily into media—shooting video, taking photos—then the HTC One M9 just won’t cut it. It suffers heavily in this area, and I have no doubt that HTC will make this a point of emphasis on the next iteration of the One. The iPhone is still a better shooter and video taker, even though it doesn’t support 4K video. If you’re looking for an Android phone that takes amazing video, then try out the LG G4. I’ve yet to try the G4, hopefully I will sooner than later, but I’ve heard some great things about it.

If media isn’t your priority, however, then the HTC One M9 is a great phone. It’s got great build quality, and solid, if not a little understated, design. If you consume a lot of media—you watch a lot of video, movies and TV on the go, and you stream a lot of music, then the HTC One M9 is one of the best options. It has a full HD screen, and speakers that are simply second to none on a smartphone. 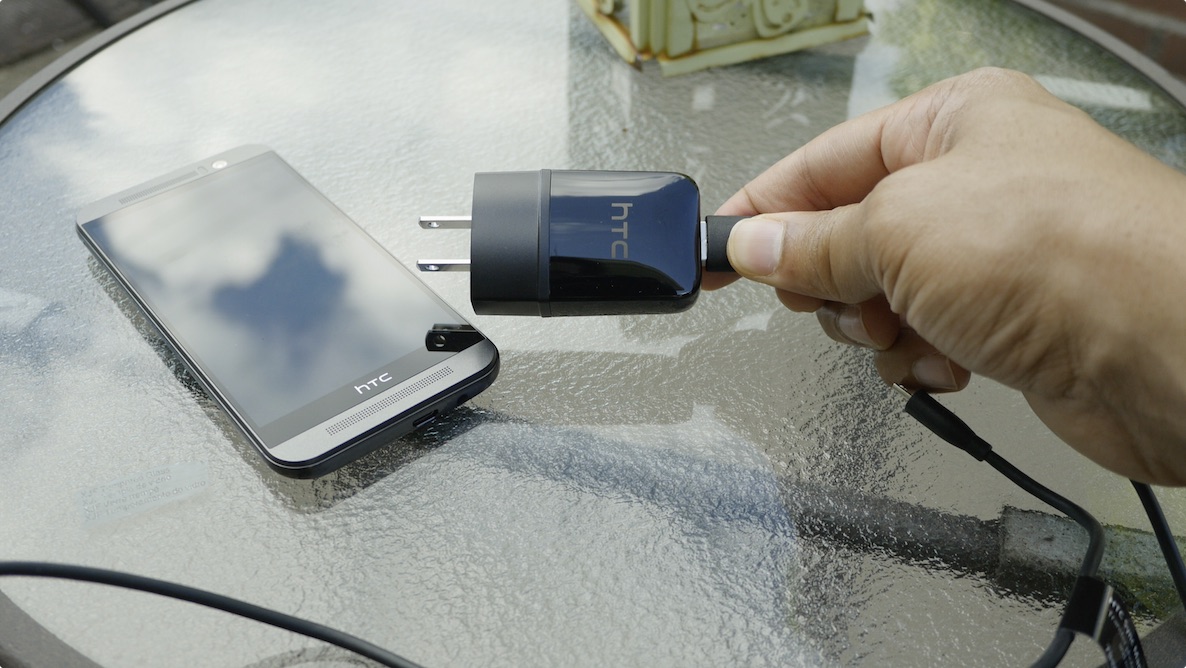 The HTC One M9 is worthy of being called a flagship phone. If HTC can only improve the camera quality, then it would fair much better against the flagship Android OEM phones and the iPhone

What do you think about the HTC One M9 ($560 factory unlocked)? Would you consider buying one? How do you think it stacks up to the iPhone? Sound off down below in the comments section with your thoughts and opinions.