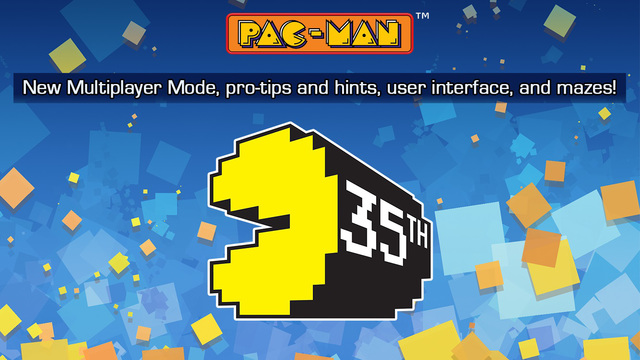 It may be hard to believe, but Pac-Man is celebrating its 35th birthday this weekend. The popular pellet-gobbling arcade game made its debut 35 years ago on May 22, 1980 (it launched first in Japan, and then Midway brought it to the US in October).

Unsurprisingly, Bandai Namco is going above and beyond to honor the anniversary. It’s hosting a party in Chicago with the creator of Pac-Man Professor Toru Iwatani tonight, and it’s pushed out an update and discount for the iOS port of the game. 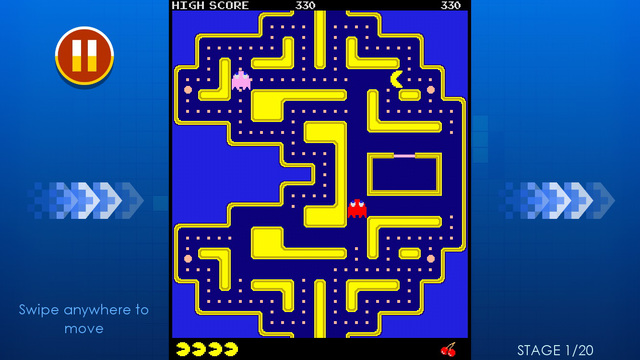 For ONE WEEK ONLY (5/22/2015 through 5/29/15 PDT) play Multiplayer with the new mazes for a chance to win a trip for two to the Screaming Hand Art show in Los Angeles this July! The highest point winner internationally will win a Santa Cruz Skateboards prize pack worth $1000. Must be 13 to play and accompanied by a parent or legal guardian if under 18.

The update is fairly significant, and hit both the paid and free ‘Lite’ versions of Pac-Man. The game itself has received a makeover, and is sporting a fresh new look for 2015. There are also several new visual hints, new mazes and new multiplayer challenges.

Here is a video clip of the game in action: