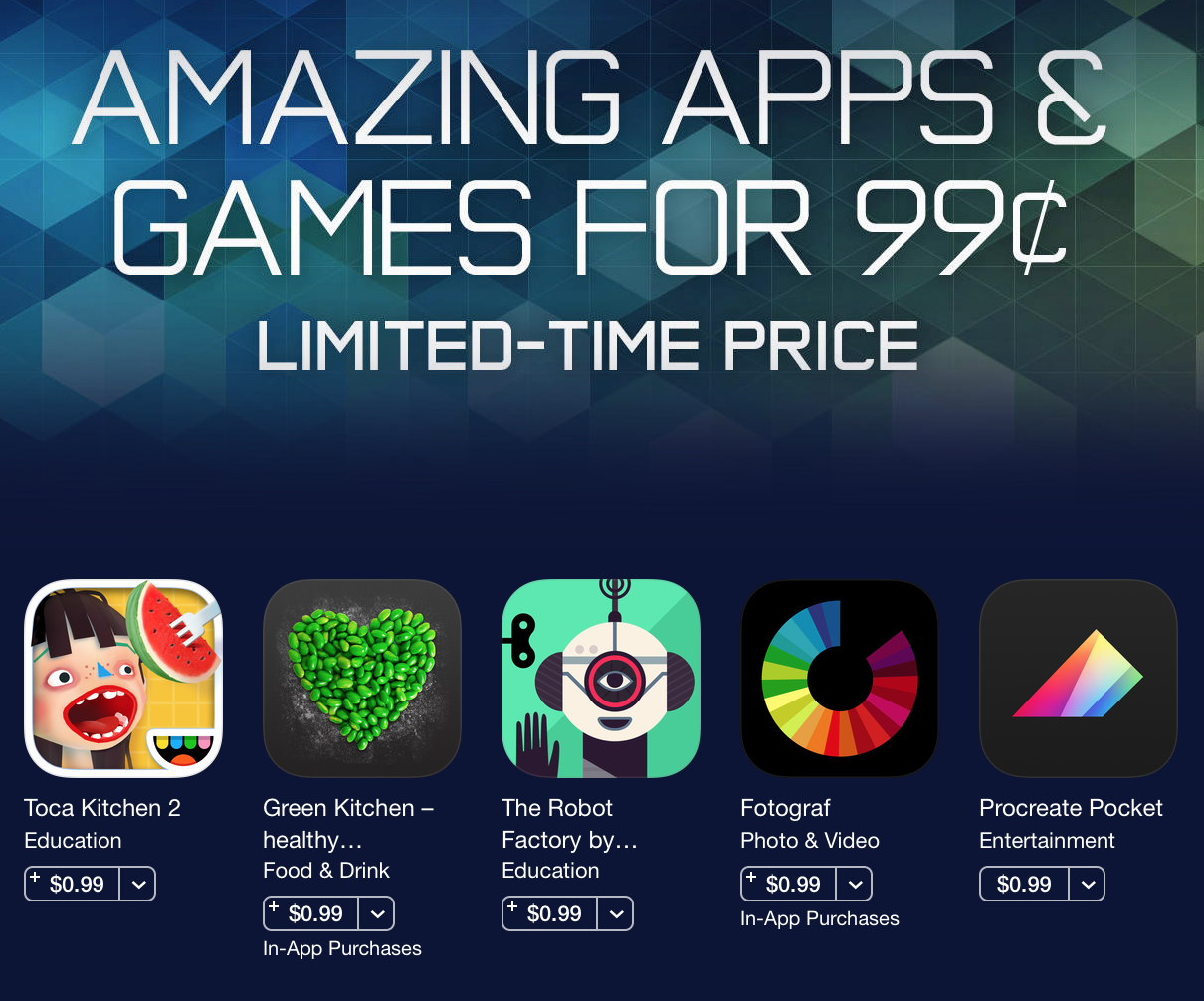 Apple this week launched a new promotion in the App Store called ‘Amazing Apps & Games for $0.99.’ The curated section highlights 12 great apps and 13 popular games, which normally run between $2 and $6, that are currently on sale for less than a buck.

Among the offerings are the endless snowboarder Alto’s Revenge, and premium creative apps like Procreate Pocket and Enlight. Many of these have already been mentioned in our App Recap, but we thought the deals were worth compiling into a single post.

As usual, these prices are subject to change at anytime. Apple hasn’t given any indication when the discounts will end, but promotions like this usually last through the following Thursday (the App Store is typically refreshed around 1pm on Thursdays).

Let us know down in the comments if you pick something up!