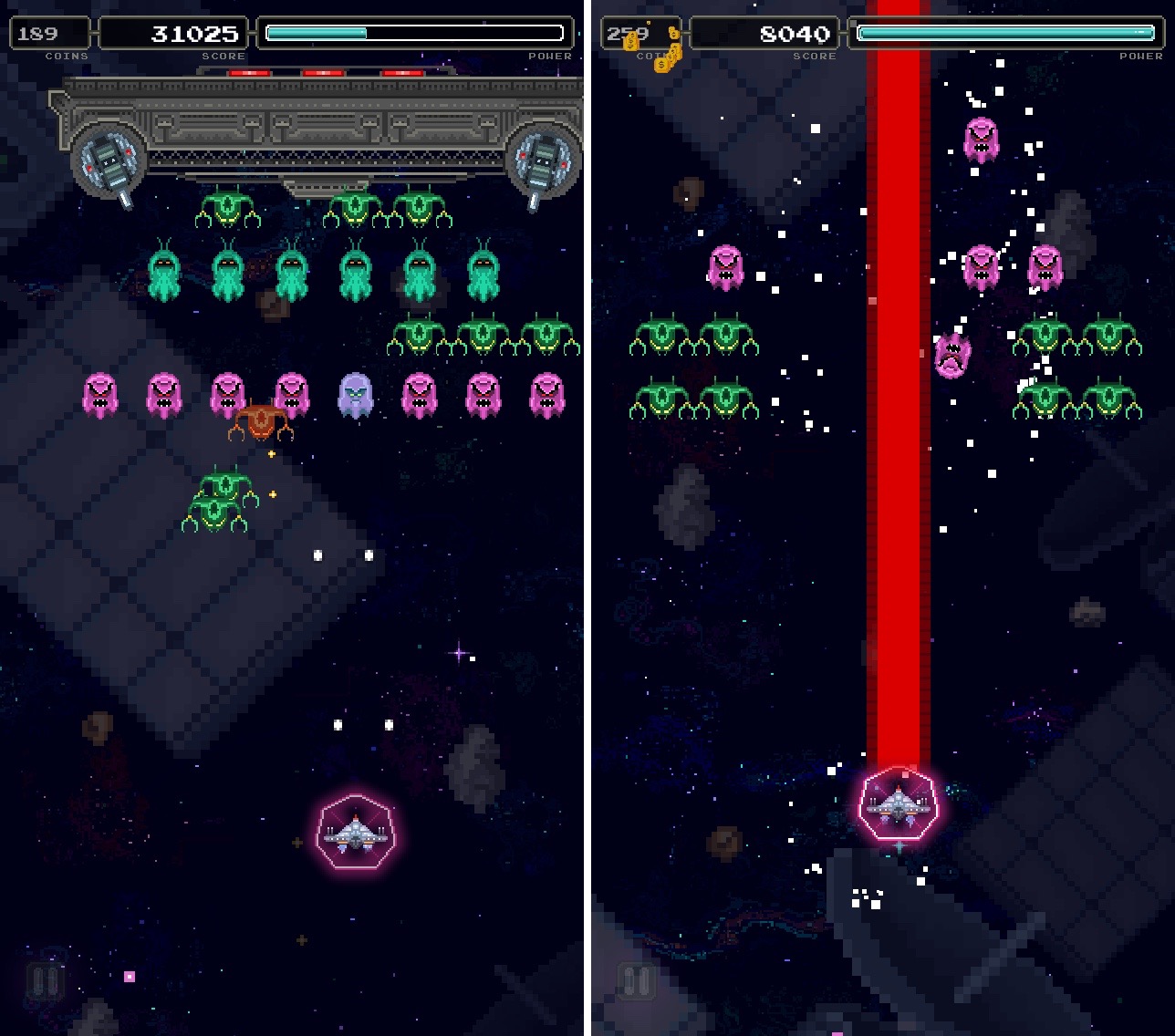 One of my earliest video game memories are of playing Galaga in my local arcade. It was the first game that I could actually play for more than five minutes without dying.

So you can imagine how happy I was to discover Galactic Nemesis, which pays loving homage to such space-themed shooters that I grew up on. We’ve got a game game review of Galactic Nemesis for you today.

The idea behind this game is that players shoot at wave after wave of incoming aliens. It is very similar to many traditional vertical shooters of the 1980s without feeling like a simple copycat. Aliens drop down, spewing firepower at you while you navigate around them, avoiding their chaotic attack.

The pixel ships and spidery aliens are all very arcade style. The colors are bright and the graphics pulse with the beat. The background is outer space black with various parts of space stations floating in the background. The game’s soundtrack perfectly matches the retro feel of a 1980s space shooter. 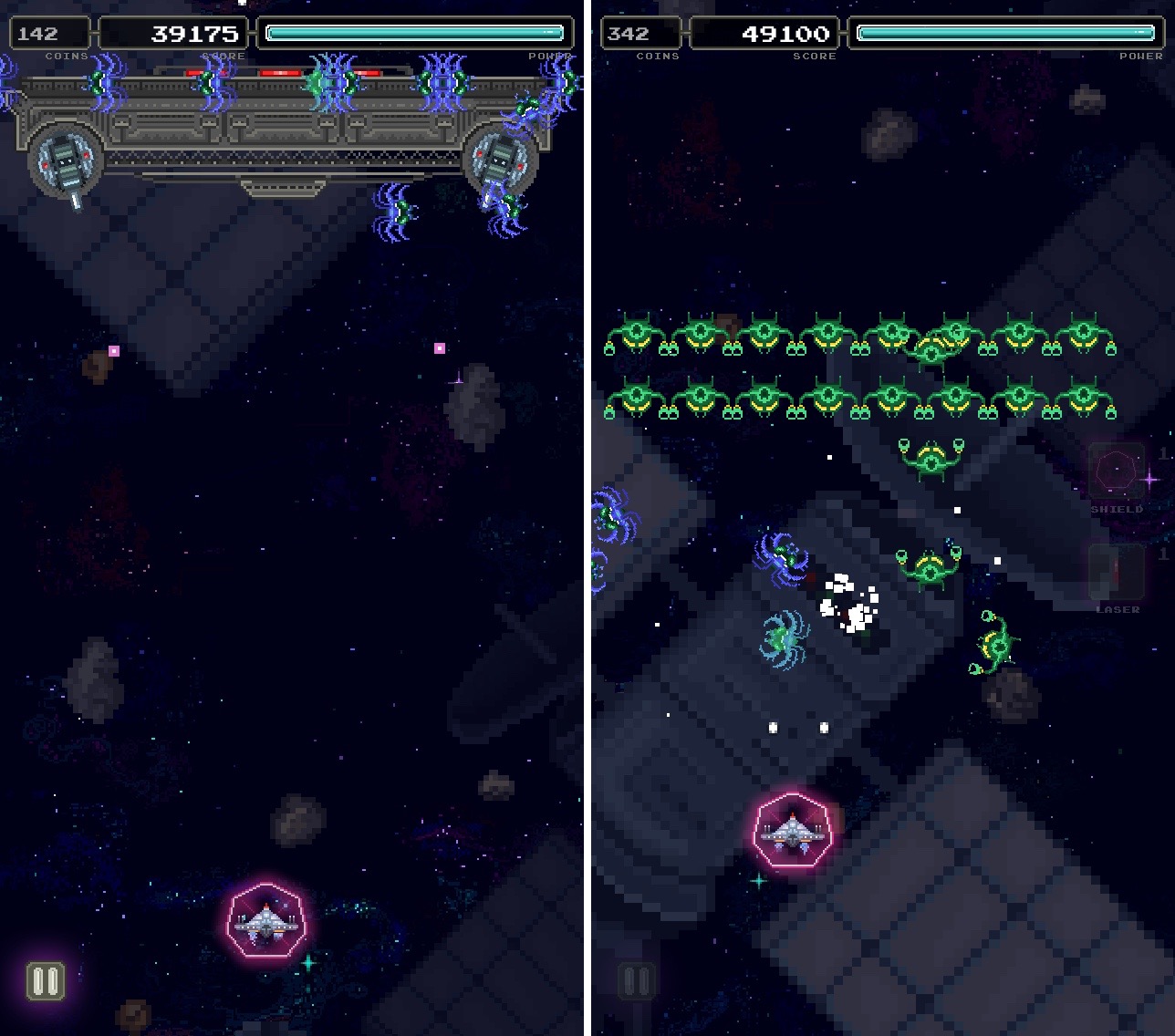 Players first select a ship to begin the battle. At first, you will only have one ship, but through gameplay, you will be able to unlock seven additional ships. Once a ship is selected, you will start the battle.

Enemy ships (or possibly just aliens – they look like bugs, but they shoot weapons, so I’m not sure) will fly into formation above. You are able to begin your attack right away.

Enemies grow in strength and abilities as you progress. Some can be taken down with one shot, while others require two or three hits before they are destroyed. Eventually, you will be fighting teams of varying enemy fighters, as well as trying to avoid barrages of firepower from massive turrets. It gets pretty chaotic. 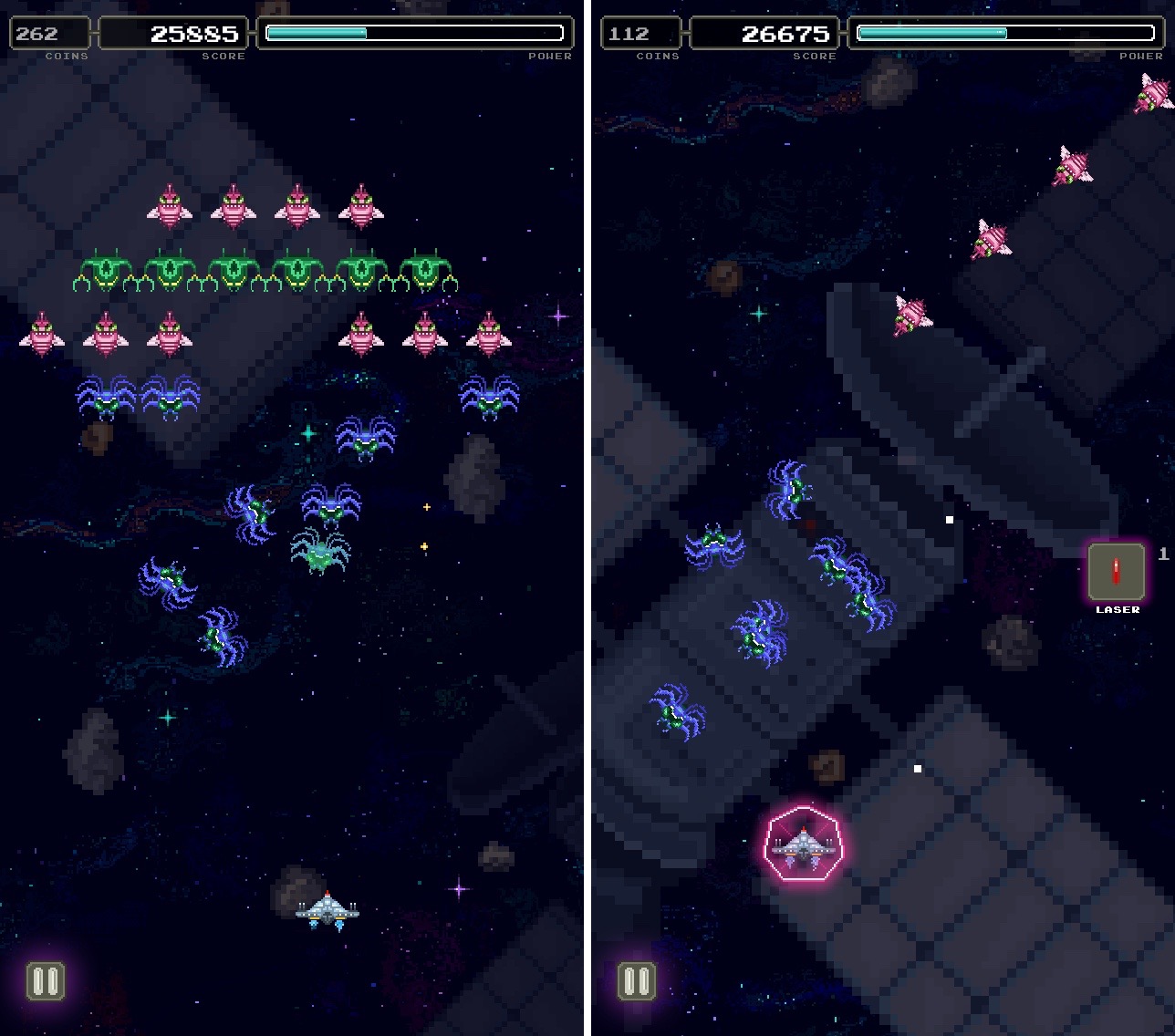 Ships are upgradable using money you earn killing baddies. There are also random power ups that show up at various times, providing you with special firepower, extra shields, and lasers that wipe out entire fleets of enemies. These bonuses make the game much more exciting.

Galactic Nemesis costs $1.99. For that price, you get a full game with no in-app purchases of any kind. The ships and upgrades you get, you earn through hard work and perseverance. The game has a high replay value. The more money you make, the more upgrades you can buy, which will help you pass the next stage.

If you like Galaga or other vertical shooters in the same vein, you will definitely enjoy this action-paced arcade throwback. It pays homage to the classics without simply being a copycat. This game is available on iPhone, iPad, and iPod touch. Download it in the App Store today.

Galaga: Tekken is a mash-up game that features characters from Tekken combined with the gameplay of Galaga.