Touch ID could get significantly more useful in future iOS devices, according to an Apple patent filing revealed this week. The filing, first spotted by Patently Apple, is extremely lengthy (combines several patents) and offers an overview of where Apple thinks fingerprint technology is headed.

One of the more interesting inventions is a portable touch display with integrated fingerprint sensors. So instead of touching the Home button, you could simply touch a designated part of the display to unlock your device or authenticate something. Apple says it could even offer tactile feedback.

On the other hand, Apple also has some big ideas for the Home button. In the filing it explains that, in some embodiments, a Touch ID-enabled Home button could recognize gestures, allowing you to scroll through web pages and turn digital knobs without ever touching your device’s display. 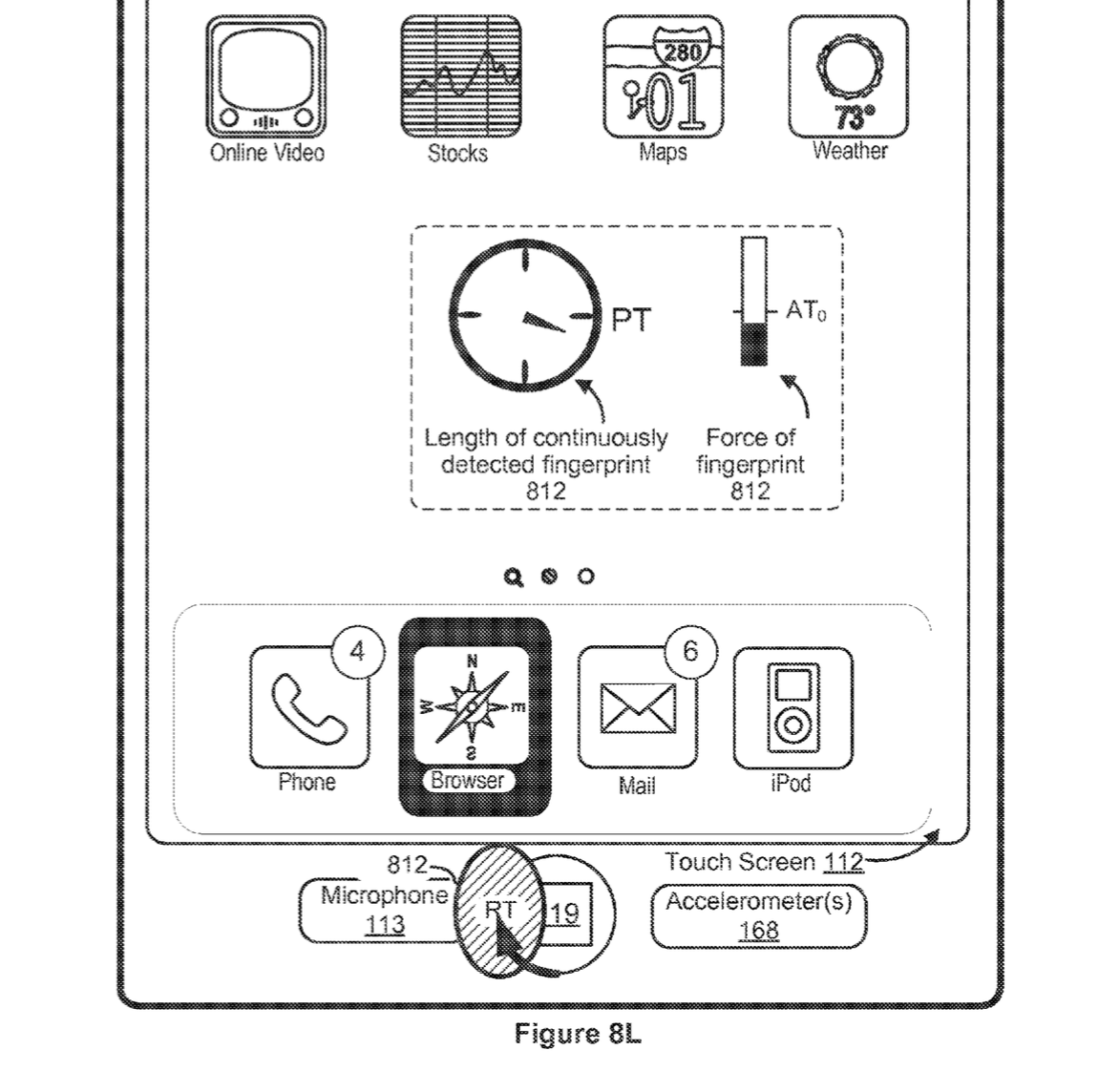 Here’s a use-case scenario Apple describes in the filing that sounds very mouse-like:

Apple believes these new gestures could be used in gaming as well. In one of the figures of the filing, the company illustrates a user playing an archery game where Touch ID measures both the length of their continuously-detected fingerprint and force of their fingerprint to aim and fire their arrow. 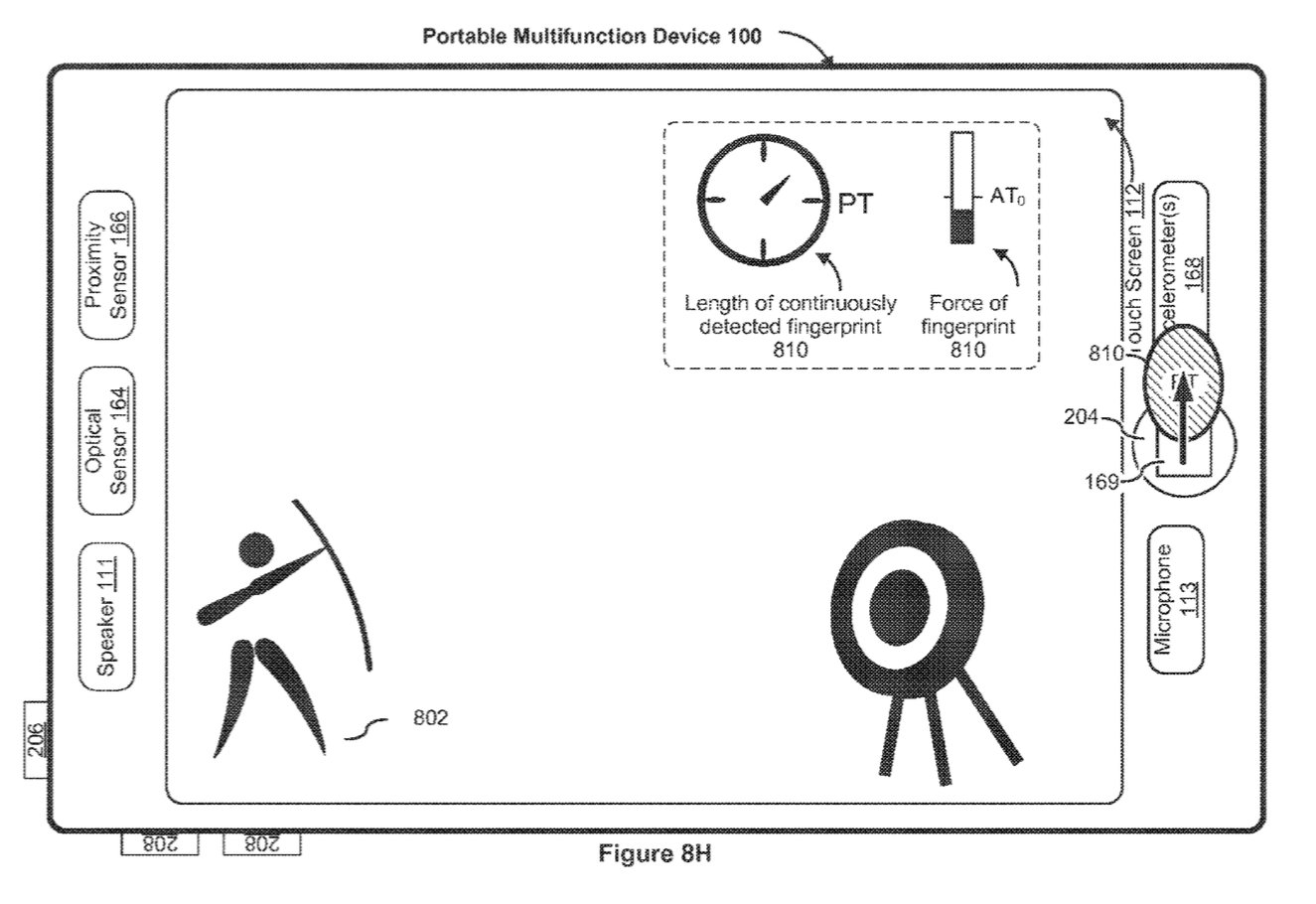 Beyond gestures and gaming, Apple is also working on new account management features. One of its visions is a user being able to link different accounts to different fingerprints. So with Apple Pay, the user’s right thumb could invoke a debit payment, or he could use his left thumb to pay with credit.

Of course, there are no guarantees that any of these inventions will ever see the light of day. Apple files for thousands of patents per year, and very few of them end up in actual products. That being said, there are some really cool ideas here—some of which are easy to imagine in future iOS devices.