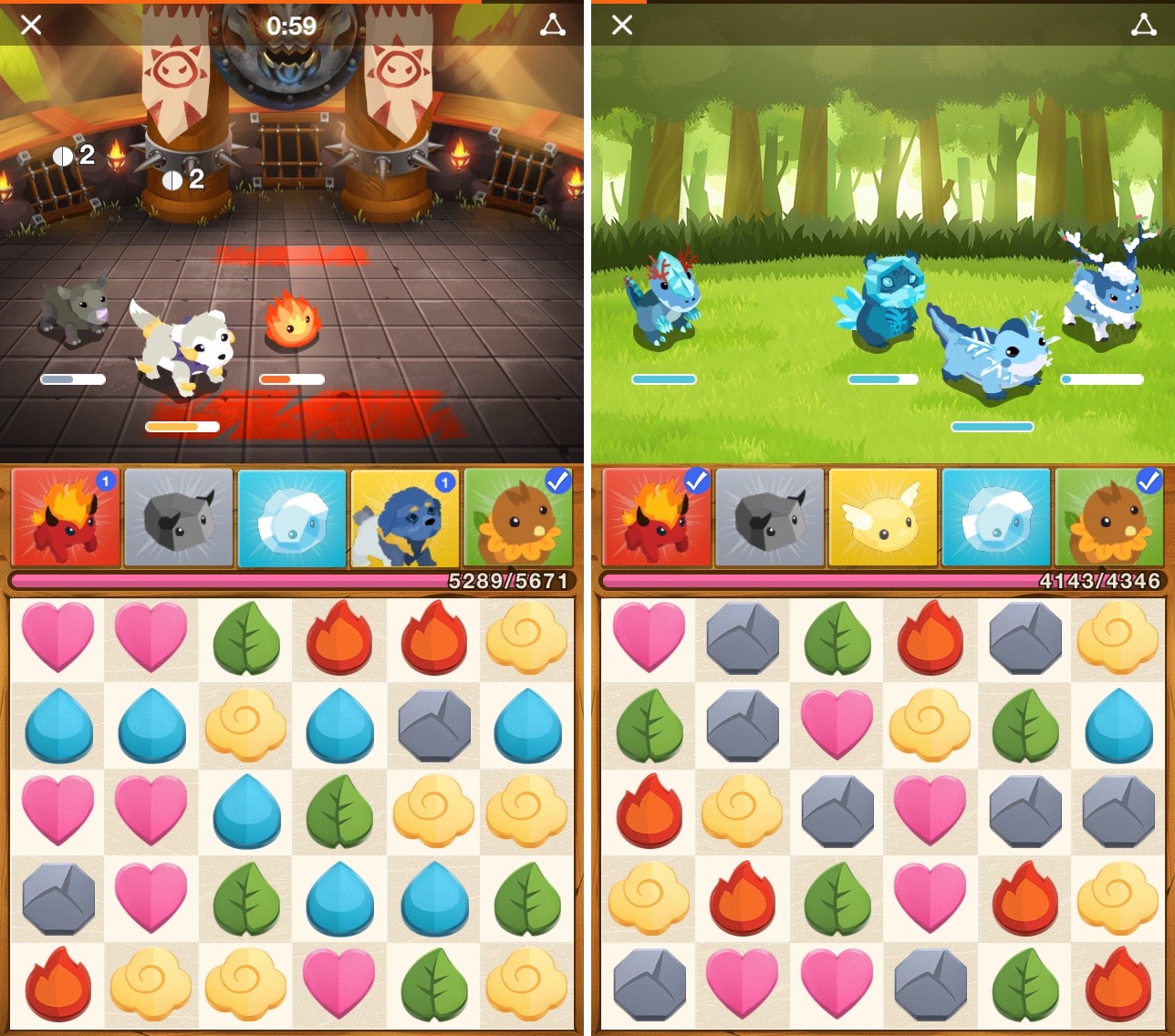 Being an app reviewer, I am most interested in the type of content available to me on Apple Watch. Sure, there are dozens of great productivity apps to help keep you connected. But what about games?

Battle Camp has been a battle pet RPG game for a couple of years. But, shortly after the first run of Apple Watches were on the wrists of early adopters, the game was updated to include a mini game that allows you to raise a pet to adulthood for a special prize. We’ve got a game review of Battle Camp for our Apple Watch fans out there.

On the iPhone, players explore different areas, picking up quests and fighting monsters. Some monsters can be turned into pets that you can use to build a team that will help you defeat other rangers in competitions to earn enough experience to fight the real enemy, rampaging dragons.

On Apple Watch, players hatch a monster and care for it until it reaches adulthood. Feeding and playing with the pet will keep it happy. Happiness helps it evolve. Once it becomes an adult, you will earn a special price that can be collected in the iPhone game.

On the iPhone, the game has two main elements, the RPG exploration and the battlefield. When in different camps, players can speak with non-player characters and pick up quests. You can also battle wild monsters to earn more experience points and possibly find a rare monster.

When in battle, players match elements to attack an opponent’s monsters until the last one standing wins. 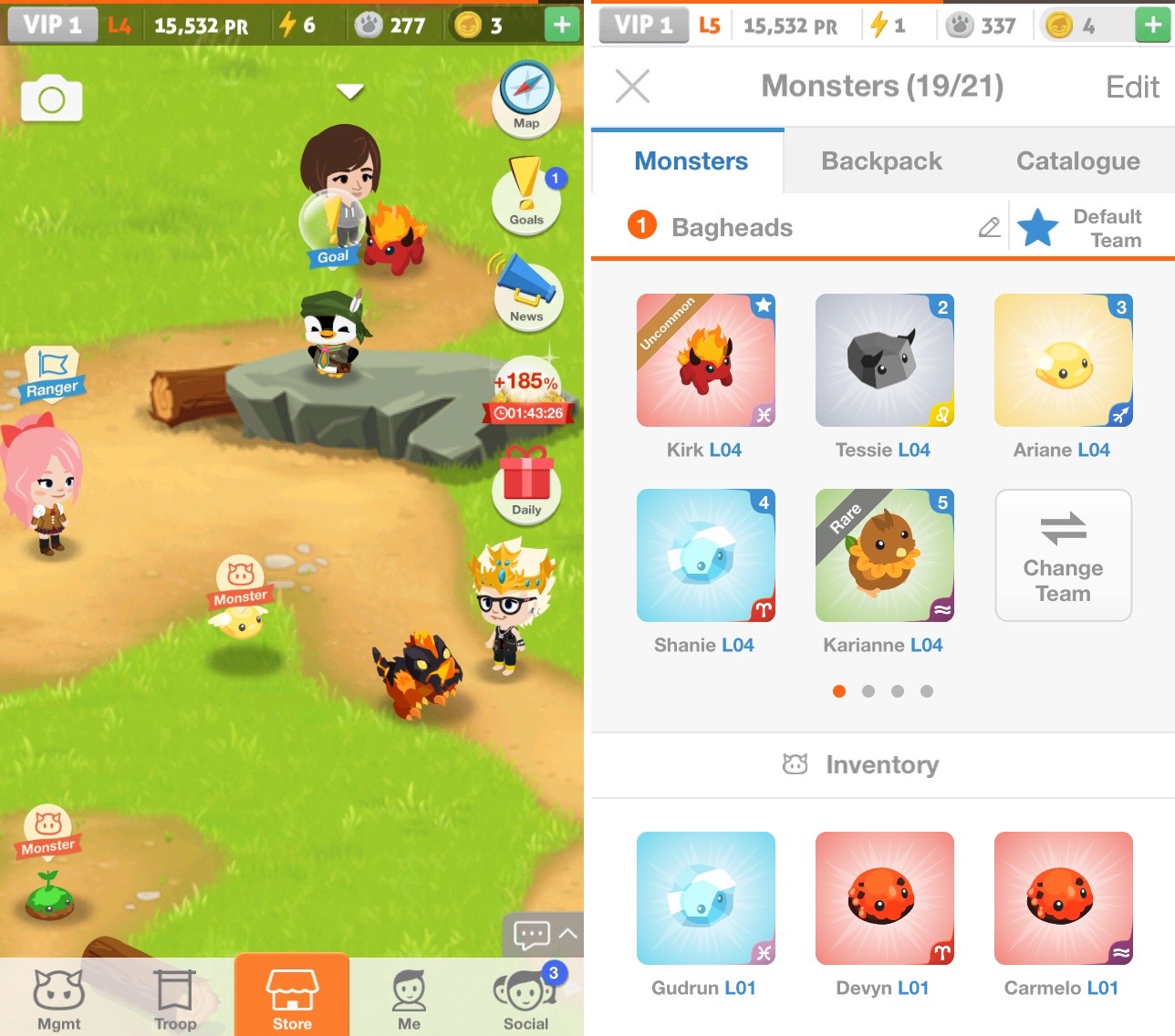 You don’t need to start playing on one screen or another. Even though the games are connected, you could potentially play just the Apple Watch game exclusively, if you wanted to. So, it doesn’t matter which device you start with first.

On iPhone, players collect, evolve, and battle with a few hundred different monsters. Each monster represents one of five elements, water, fire, earth, wind, and stone. When in battle, use your knowledge of the elements’ strengths and weaknesses to defeat the enemy.

To attack, you must match at least three elements. Unlike traditional match-three boards, you can move the elements where every you would like in any direction. When you make a match, the monster that represents the element you matched will attack an opponent’s monster. The battle continues until you or your opponent has lost all monsters.

You can also create combos, which increase the attack. You can also try to match more elements in a row to boost the attack’s range.

When exploring the camps, players will pick up quests that will help them increase their experience points, which will also help defeat stronger enemies. You will also be able to manage your team of monsters. To level them, feed them other monsters that you have in your inventory. To evolve them, collect the necessary ingredients (other monsters) and combine them once the monster reaches a certain level.

There is also a player-versus-player element with a few different rules (like each match is timed) and a few new bonus items to win.

On the Apple Watch, the mini game allows you to hatch a monster and grow it. The monster will require regular feeding, cleaning, playtime, medicine, and sleep. You can see what the monster needs by viewing the stats screen. Once you have performed a task for your pet, you must wait a certain amount of time before you can use it again. Most activities have a two-minute cool down. However, the medicine takes much longer.

Every few hours, the pet will be ready to grow. It will start off as a baby and become a child, then a teenager, and so on. Your pet must be fully happy and healthy before it will change into the next age level, so be sure to care for it along the way. 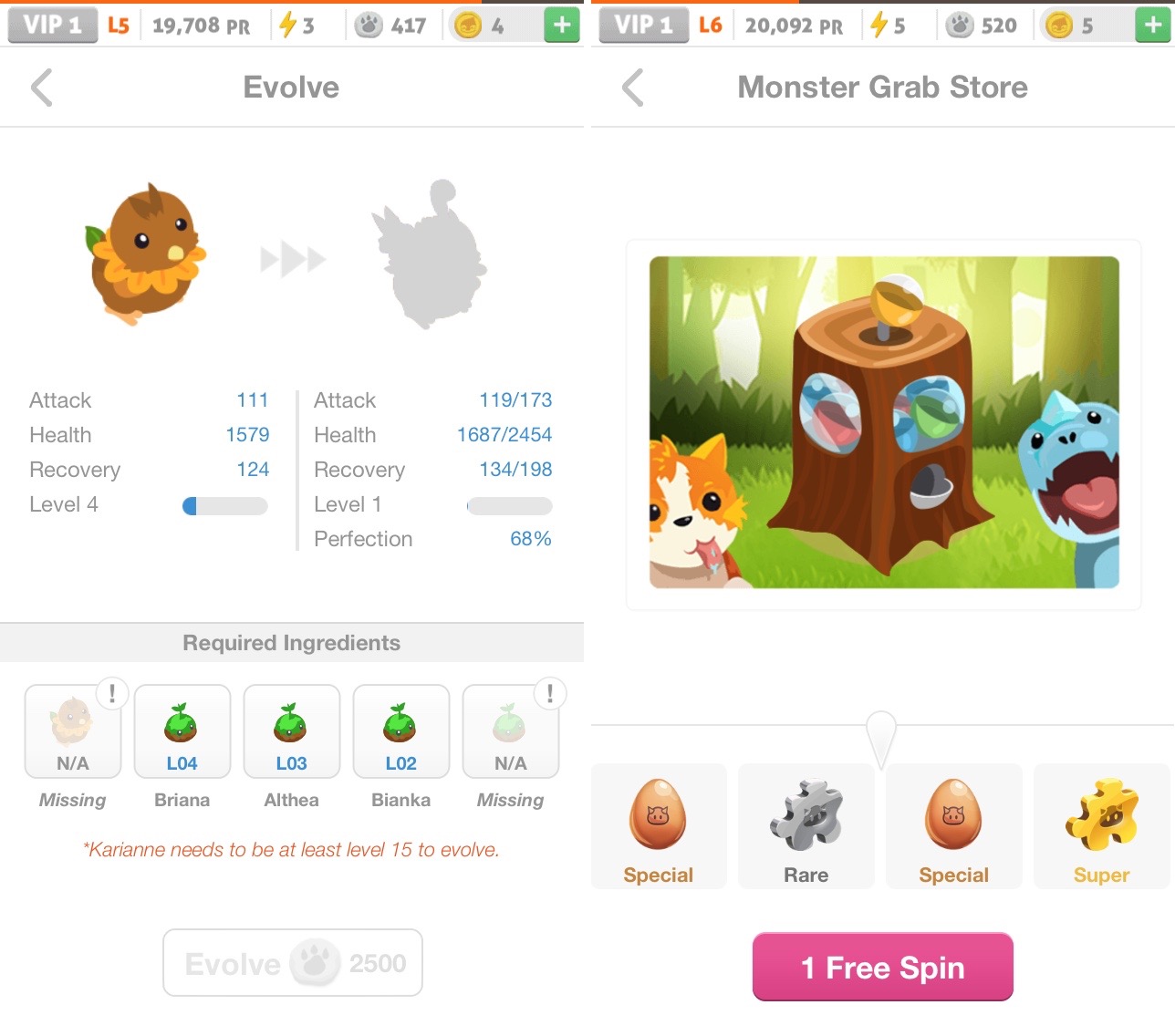 I thought I was going to be happy with the Tamagotchi style mini game alone, but found myself playing the iPhone battle pet game a lot. It turns out that both games are fun. There are a lot of collect-them-all elements that I love.

Since this game is freemium, it has a lot of ways to get you to pay real cash for items. You will regularly hit time walls where you can’t proceed until you get more energy. There are also special rare items that can be purchased with gold coins instead of earning them through game play. 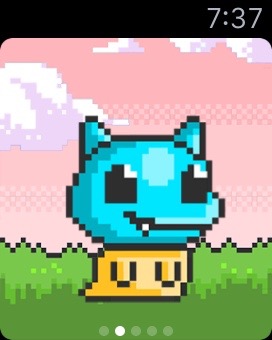 As a free game, Battle Camp is definitely fun. However, you will quickly discover that it is built to get your money in other ways (like time walls). The replay value is very high since it scratches the collectors’ itch. Not only must you find monsters in the wild, but you can collect super rare ones from quests.

Although I thoroughly enjoyed the iPhone game, I know I’ll end up retiring it after I get tired of hitting too many pay walls. The game is fun, but would probably end up costing me a lot. However, I do recommend giving the mini Apple Watch game a try. If nothing else, it is novel and gives you something to do on your wrist that will get people’s attention. You can download it in the App Store today.

What do you think of this battle pets game? Let us know in the comments below.