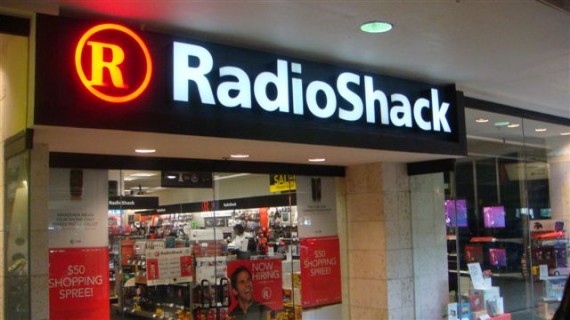 In another showing of its commitment to protecting the privacy of its users, Apple has intervened in the sale of Radio Shack, which recently filed for bankruptcy, arguing that any information collected during the sale of its own products at RadioShack locations should be left out of the deal.

As noted by Law360 earlier this week, Apple, AT&T and others have objected to the potential sale of their customers’ data. The iPhone maker reportedly said that the fallen electronics retailer “doesn’t have the right to sell Apple customer information.”

Selling Apple customer data would violate Apple’s privacy policy and its reseller agreement with Radioshack, the company told the Delaware bankruptcy court in a limited objection.

Apple has asked the court to keep its customer data out of the package of trademarks and other RadioShack assets, since that data isn’t part of the bankruptcy estate.

“In order to protect its customers’ personal information, Apple oversees the collection and use of customer information collected by its retail partners, including RadioShack,” said Apple.

“The reseller agreement between Apple and RadioShack protects information collected by RadioShack regarding purchasers of Apple products and prohibits the proposed sale of such information.”

The Cupertino firm underscored that RadioShack in its reseller agreement expressly disclaimed any rights or interests in the data of customers who bought Apple products from its stores.

As Bloomberg noted Thursday, the hedge fund Standard General in March bought out RadioShack’s 1,700 store leases for $26.2 million. Any personally identifiable customer information collected at point-of-sale stations after the stores sale closed April 1 belongs to General Wireless, a unit of Standard General, and as such shouldn’t be sold at an intellectual property auction, argues the firm.

“General Wireless has an obligation to protect its customers’ personally identifiable information and owns that information,” the objection states.

“Therefore, it respectfully objects to the inclusion of such data in the proposed sale of the debtors’ IP to any party and its transfer to any party other than General Wireless or its subsidiaries.”

Carrier AT&T reportedly suspects that the debtor “seemingly intends” to include customer information it obtained by selling AT&T devices.

AT&T’s own objection states that customer data must not be sold free and clear of liability so it can sue the debtor for damages if any of its information is misused.

RadioShack has about 117 million customer records on file. About 67 million physical addresses, 8.5 million email addresses and various data points about purchase history could be up for grabs unless Apple, AT&T and others succeed in their motion to exclude this data from the sale.

U.S. Bankruptcy Judge Brendan L. Shannon apparently said he would not approve a customer data sale that he finds impermissible.