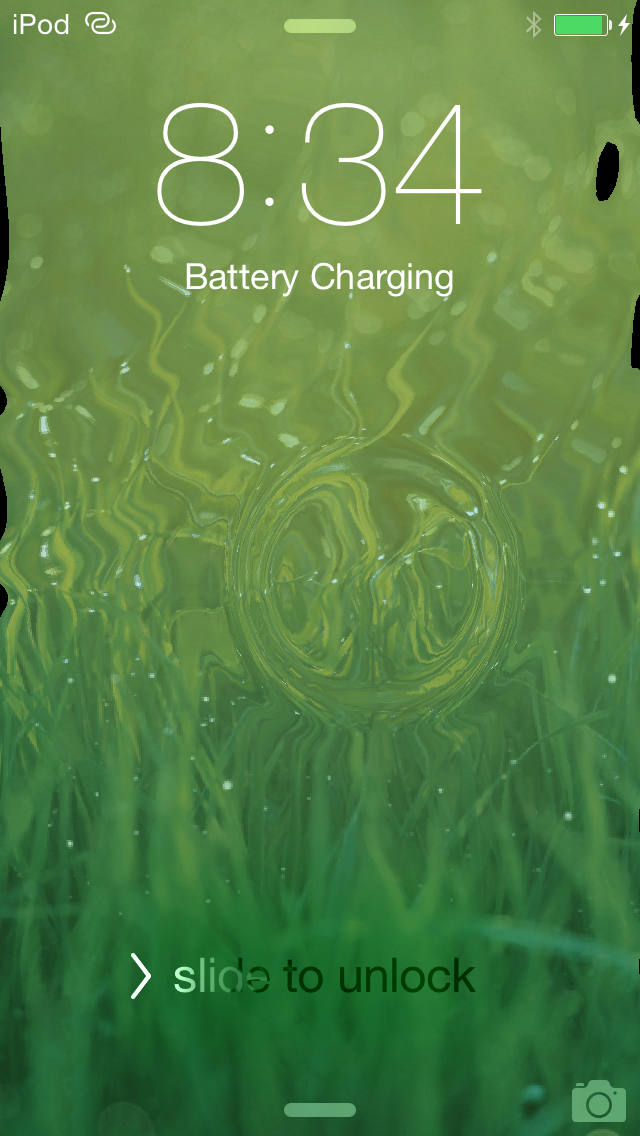 It seems like every few months, Elias Limneos steps up to the plate to bring us something awesome. Even during a “jailbreak drought”, such as the one we’re currently experiencing, Limneos doesn’t hesitate to put out a great release.

AquaBoard for iOS 8 is the latest such release, and it is a follow up to previous versions of AquaBoard for iOS 5, iOS 6 and iOS 7. Needless to say, AquaBoard has been around for quite some time, and now, even first time jailbreakers get to taste (or is that drink?) the goodness that is AquaBoard.

After purchasing AquaBoard for iOS 8, you’ll need to activate the tweak using the AquaBoard preferences. Once the license for the tweak is successfully downloaded, your iPhone will automatically respring and you’ll be in business.

After respringing, you can see AquaBoard in effect immediately by tapping or dragging on the Lock screen wallpaper. By doing so, you’ll see the standard water ripple effect. This basic effect also works directly on the Home screen.

Head back to the stock Settings app and open AquaBoard’s preferences, because that’s where you can configure the location of the water effects, theme settings, etc. 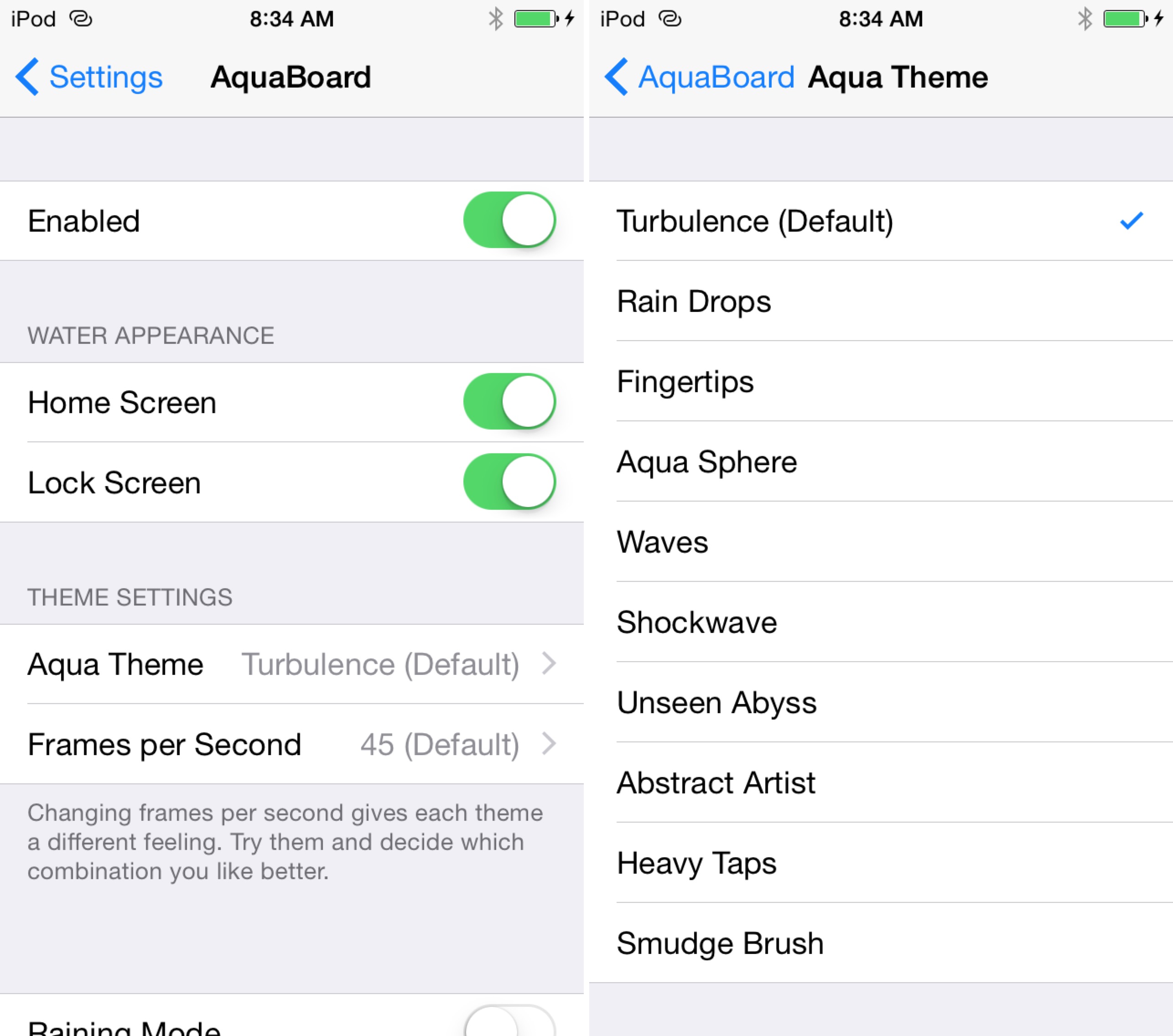 At the top of the tweak’s preference panel, you’ll notice three toggles—a kill-switch, and two switches to enable or disable the water on the Home screen and Lock screen.

Underneath those basic toggle switches, you’ll find the meat of the tweak—its theme settings. There are ten themes to choose from, and they include the following:

The Frames Per Second section of the theme settings lets you adjust the frame-rate for the selected theme. By doing this, Limneos states that you can give each theme a unique look and feel. Higher FPS settings won’t likely play as nice with older hardware when compared to newer hardware, but you’re welcome to try. I actually found that the tweak works very well on my iPod touch 5th generation.

Near the bottom of the preferences, you’ll find extra settings, such as rain mode, which provides a cool rain drop effect on your screen. There’s also a couple of additional extras for enabling a splash on respring, and the ability to reset the Lock screen timer upon touch to prevent it from dimming automatically.

Overall, AquaBoard is a fairly deep tweak that provides you with something neat to show off to your friends. It doesn’t run as well on older devices, and it will probably have somewhat of an impact on battery life, but that pretty much goes without saying.

AquaBoard is available for $2.99 on the BigBoss repo. What are your thoughts about the tweak?