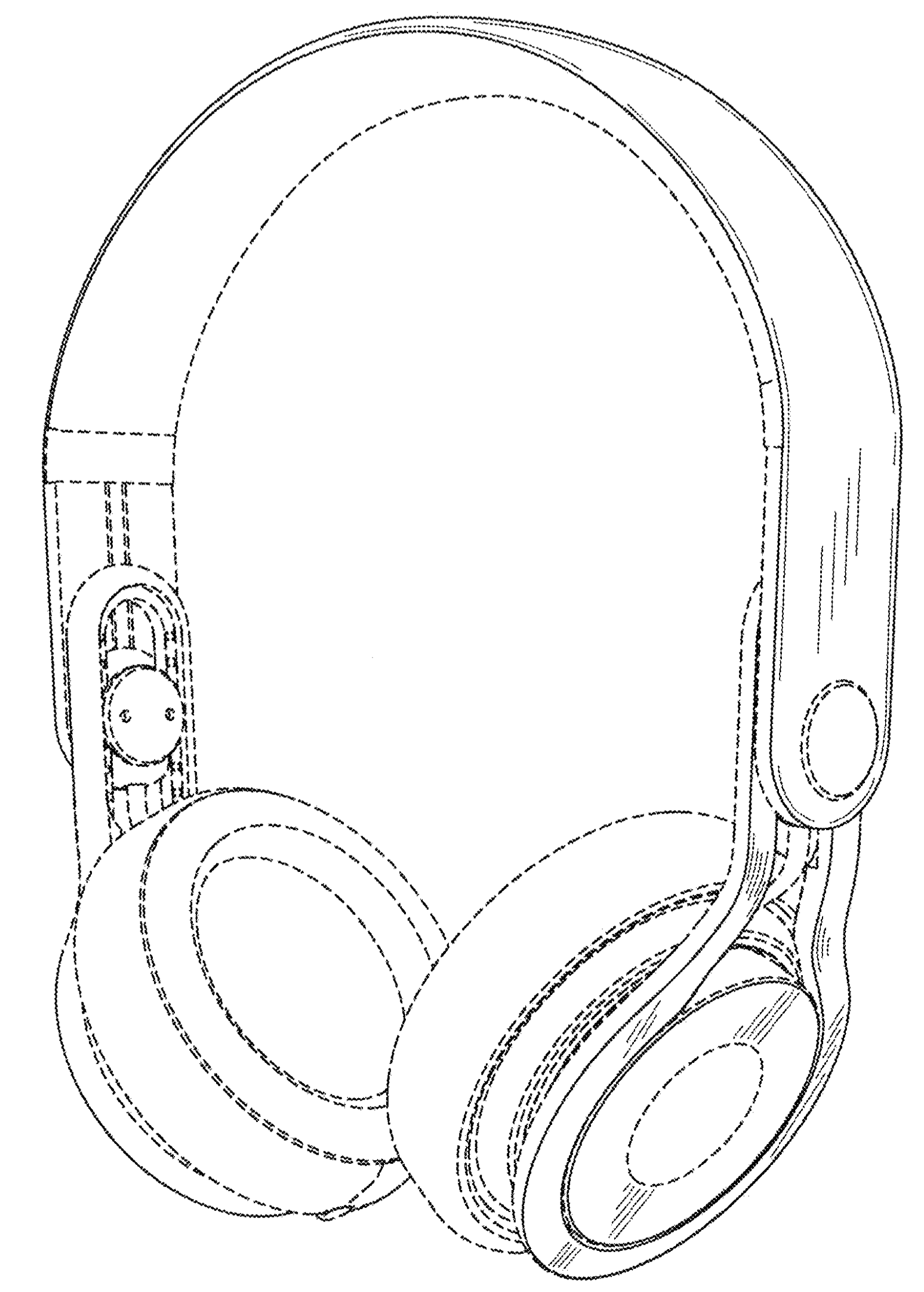 As you know, the Cupertino company acquired Beats, the audio hardware maker and the streaming-music provider, back in 2014 in a transaction valued at $3 billion.

Officially titled “Audio listening system”, the patent covers the ornamental design for an audio listening system. As shown and described, it specifically details a design feature allowing users to rotate each driver up and behind their ear, a prominent feature valued mostly by DJs.

The patent outlines attaching each ear cup to a loop structure that affixes to notched posts on the headband. Cup rotation is achieved with a little help from a cord, which runs from one driver to another through the headband.

In addition, rotating ear cups swivel back behind the ears, and then rotate back for total isolation. The accessory also features dual input and daisy chain connectors, allowing one to share what one is listening to.

The Beats Mixr is primarily marketed at professional DJs who need to hear both turntable and loudspeaker output. Apple’s patent envisions the ear cup loops providing rotation stops at 90 degrees and 180 degrees.

Here’s the original Beats ad for the Mixr.

“Beats Mixr headphones are built to withstand the rigors of DJ life, which means creating a housing flexible and tough enough to take a beating,” said Beats. “The ultra-flexible headband was also crafted to be super lightweight and easily foldable for jetting off to your next destination.”

As AppleInsider noted, Brunner’s former firm Pentagram first partnered with Beats in 2006 to create a line of headphones. He then formed another design company called Ammunition Group, which continued work on Beats over-the-ear headphones, earphones and speakers.

As mentioned before, Brunner originally founded Apple’s industrial design department back in 1989 and personally hired then up and coming London-born designer Jony Ive. Brunner reportedly pursued Ive to join Apple aggressively over the course of six years, until Ive finally said yes.

According to Fast Company, Brunner used to joke about Ive becoming more influential than himself. “I sometimes joke that when I die, my tombstone will say, ‘Here lies the guy who hired Jonathan Ive,’” he was quoted as saying in Fast Company’s fascinating oral history of Apple.