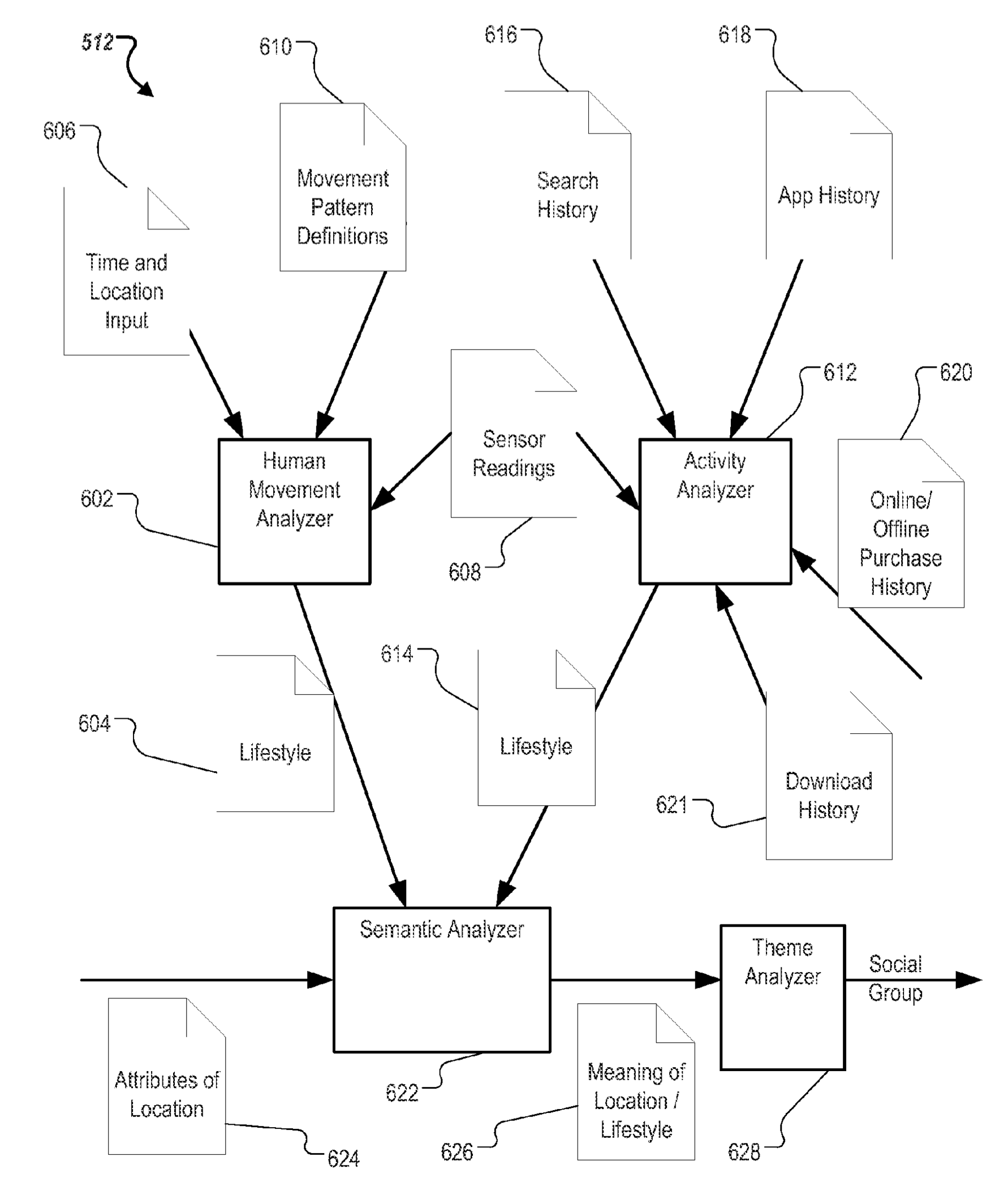 You know what would be really cool? Another social network, one built by Apple. No, I’m not referring to yet another Facebook clone nor am I ironically nodding at iTunes Ping.

An Apple patent application published Thursday by The United States Patent & Trademark Office (USPTO) envisions a new kind of social network for lifestyle-based social groups. It would be iOS-exclusive, in that it would tap into the wealth of app, device and sensor data in order to determine your interests and help connect you with like-minded people in the vicinity.

In a nutshell, here’s how the patent application — filed under the U.S. Patent No. 20150127728 and titled ‘Lifestyle-Based Social Groups’ — is supposed to work.

The invention envisions all kinds of ad hoc social groups based on various data including your movement patterns, the specific places you visit, app usage, data harvested from device sensors and much more.

Location can have multiple meanings and can be visited by people having different lifestyles. It can be anything from a shopping mall having various sections, such as a dining section and a grocery shopping section, to a city having various districts.

“Based on analysis of location information and user activity information from multiple user devices, a server can create multiple ad hoc social groups associated with location, each having a different theme corresponding to a meaning or a lifestyle,” reads the document.

In one embodiment of the patent, the firm describes a ride sharing group where you’d specify where and when you wish to pick up passengers, or to be picked up yourself, to travel from location A to B. 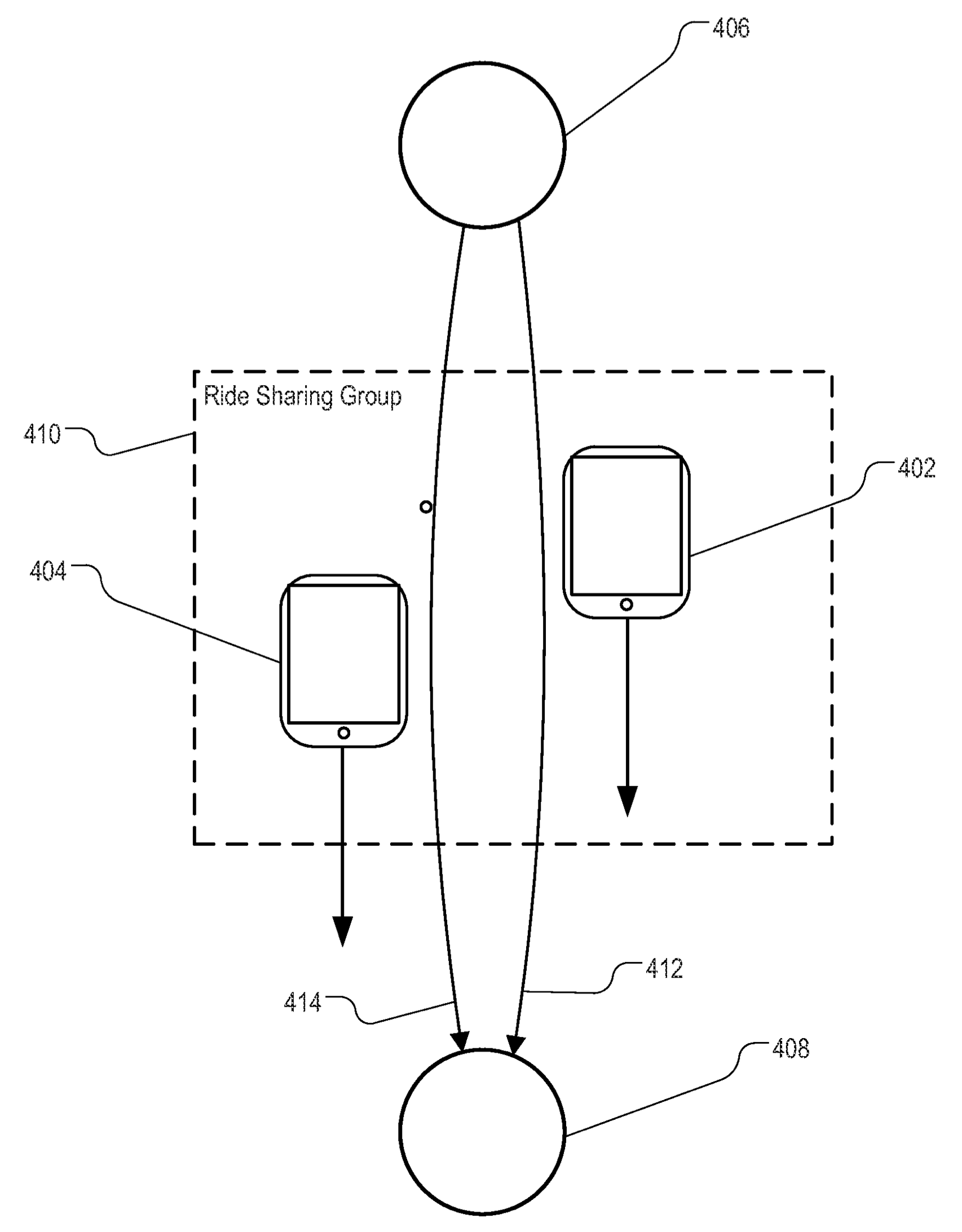 Another one outlines a local dining group, as determined by the movement pattern and the commonalties among the activity patterns. By establishing a group referred to as a “dining places for visitors,” the system could provide an invitation to user devices. 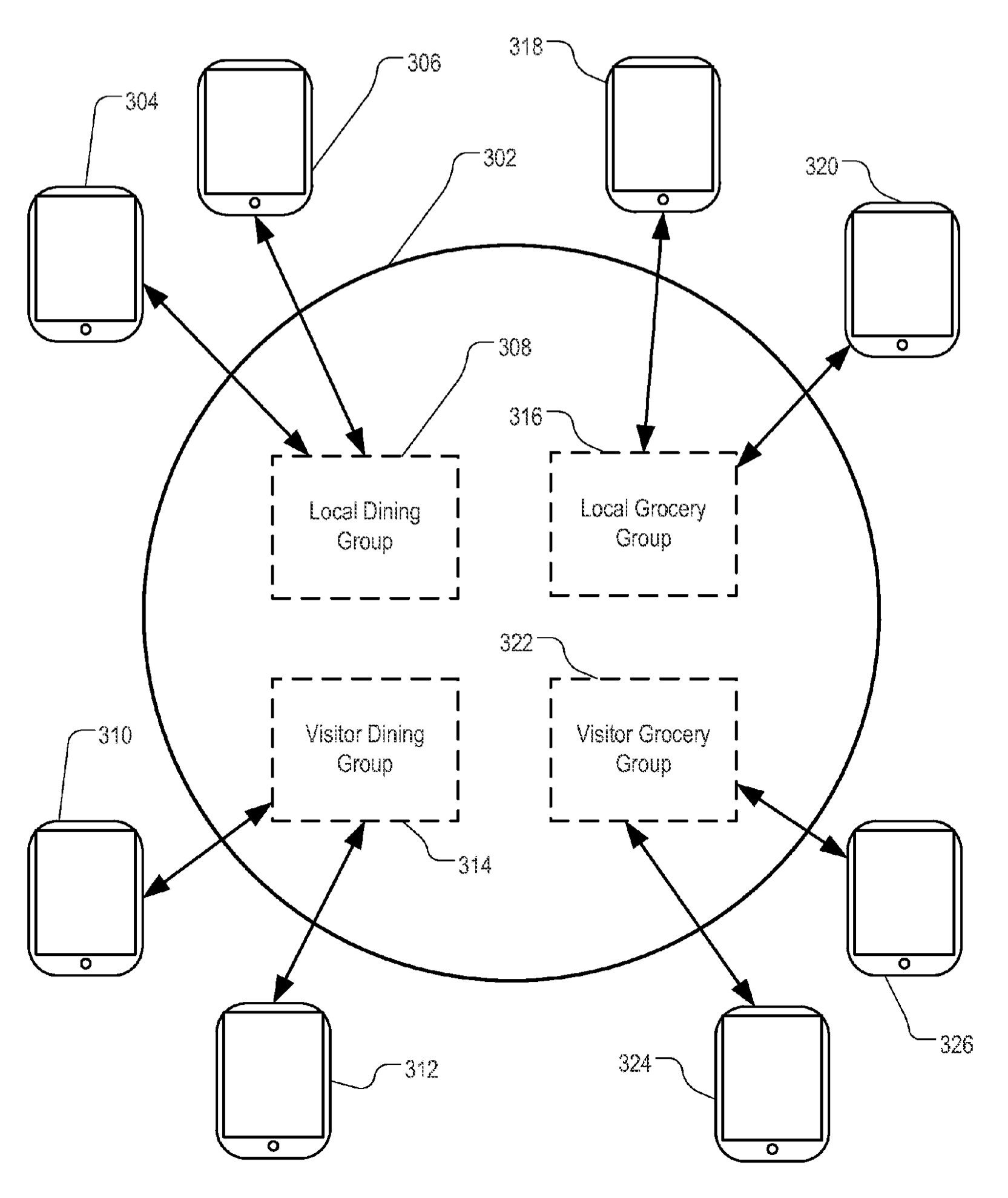 As a bonus, Apple’s proposed social group analyzer would provide useful information relevant to the social group, such as weather report for a cyclist group, traffic information for a ride-sharing group, or restaurant ratings for a dining group.

Similarly, if you hit the gym at 5pm on weekdays, your iPhone could serve up exercise related information, or create an ad hoc “gym” social group for you to join.

In determining a meaning of location, the system would couple rich activity records to device sensor analytics in order to locate features like a business or bike trail. 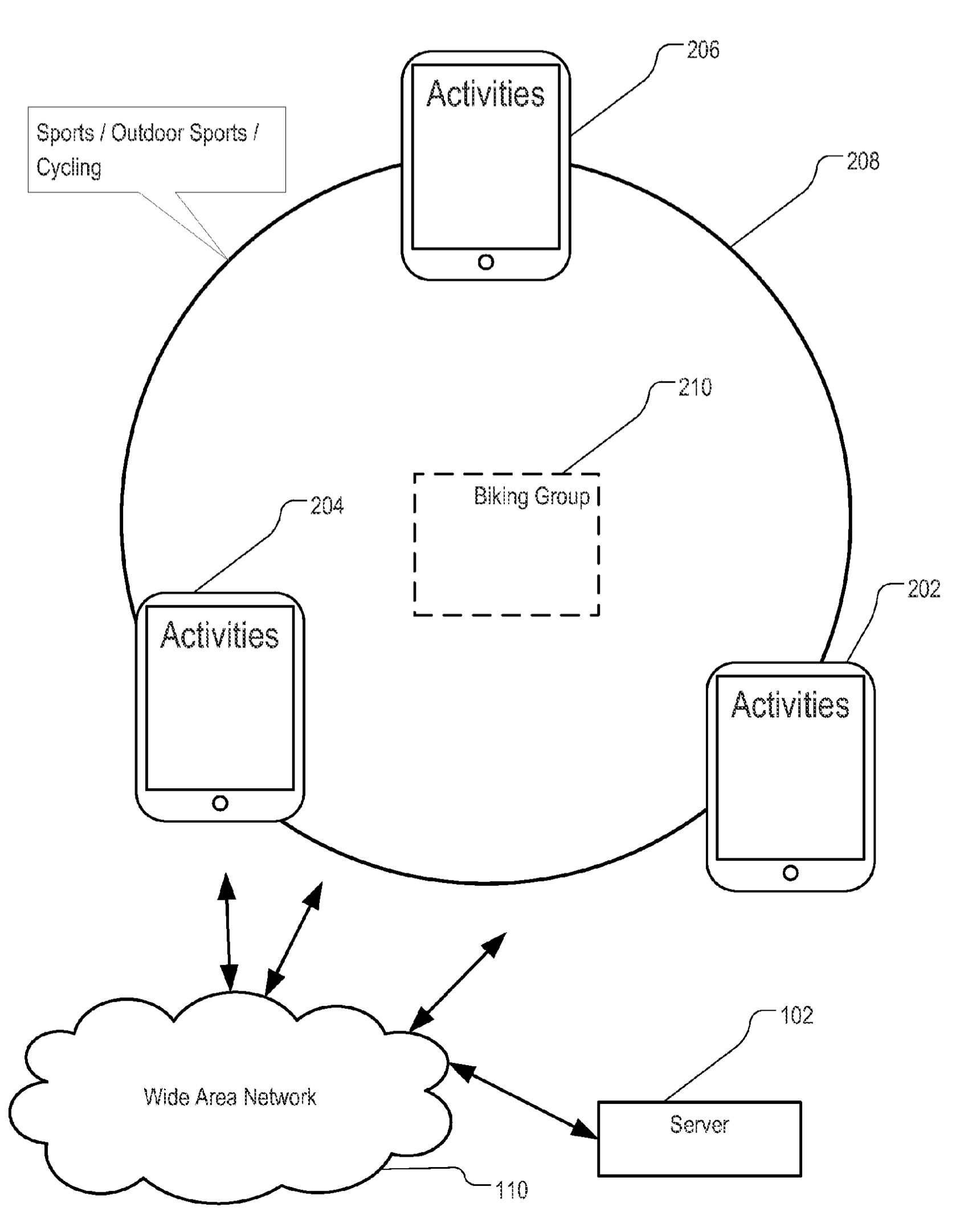 Yet another embodiment describes tapping into geographic information from a map database to identify businesses providing childcare services. And if you visit that location with sufficient regularity “at a time generally considered as a time just before a start of a workday and a time generally considered as a time just after an end of a workday,” the system would be able to determine with a high enough degree of certainty that you were sending kids to a day care center in the morning and picking them up after work. 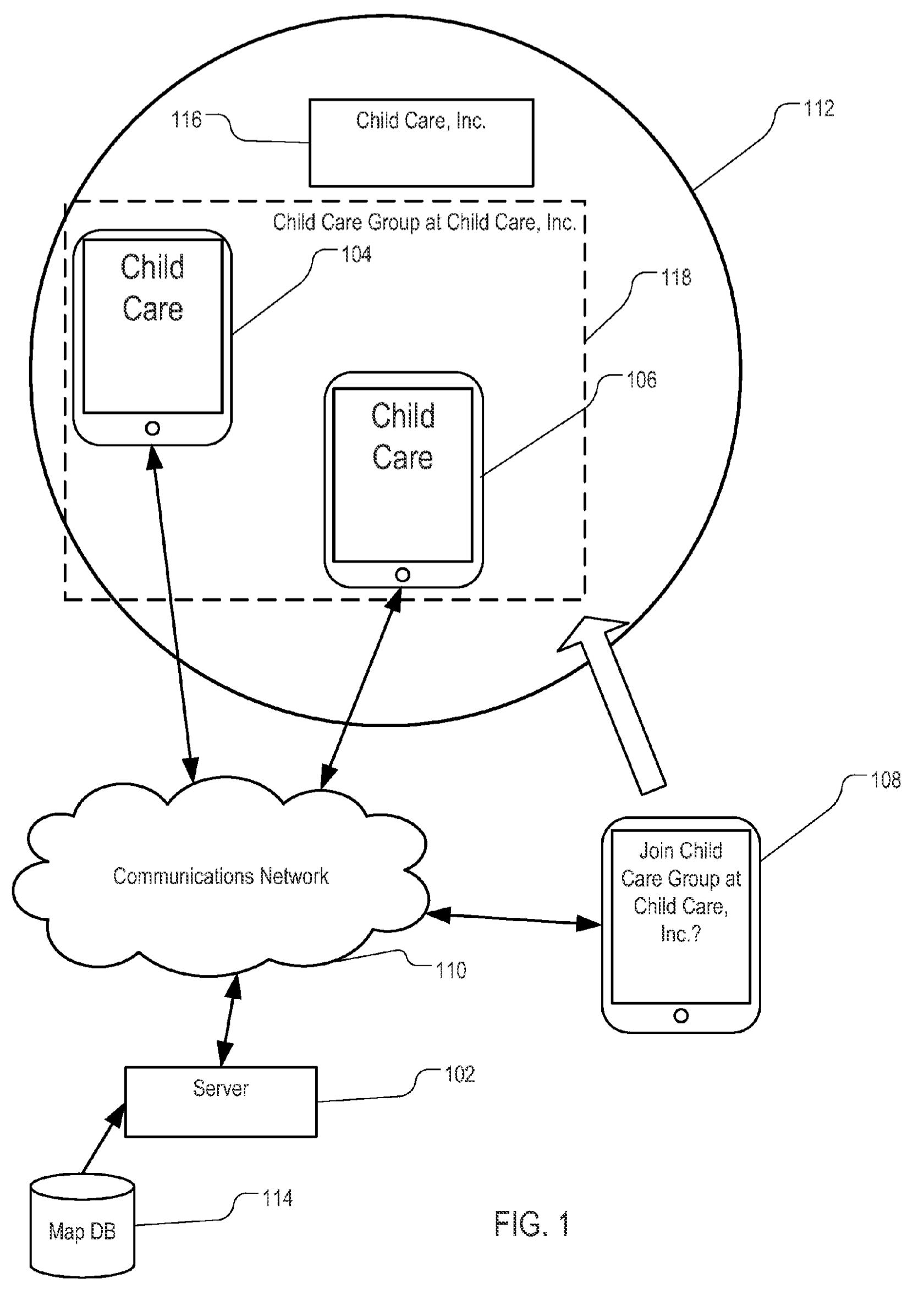 Apple credits Lucas Marti, Shannon Ma and Michael Dal Santo as the inventors of this patent, originally filed in the fourth quarter of 2013 and published by the USPTO this morning.