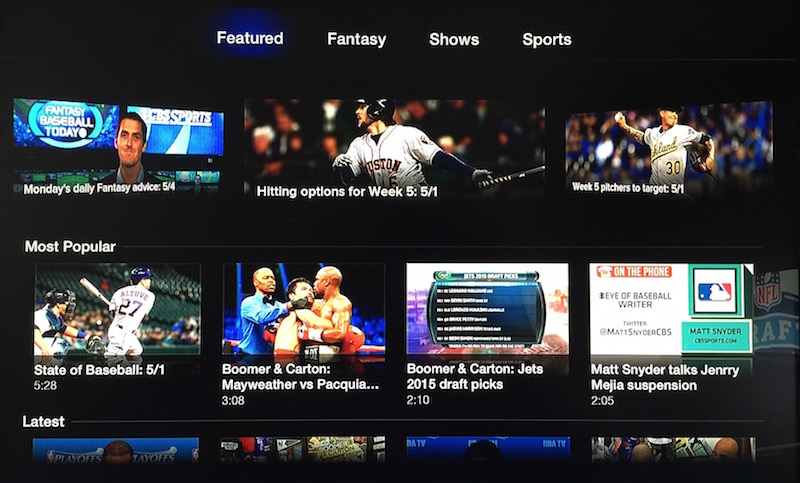 As first spotted by Joe Rossignol over at MacRumors, owners of the $69 Apple TV set-top box will find two new icons on their Home screen later today: CBS Sports and USA NOW, the latter featuring content from the USA network. The channels have been added via a silent over-the-air update, without intervention on your part.

If you don’t see them yet, however, simply restart your Apple TV or manually run Software Update in the Settings interface of your box. Keep in mind that the new channels should appear for everyone in the United States within the next few hours as these things typically take some time to propagate.

These new content sources provide on-demand sports, drama, comedy, sitcoms and other programming to Apple TV owners in the United States. While CBS Sports is offering free clips for all users, including the NFL, MLB, NBA, college sports and more, USA NOW requires a cable subscription to access most content.

The screenshot of the CBS Sports channel is shown at the top of this post. Right below: USA NOW on the Apple TV. 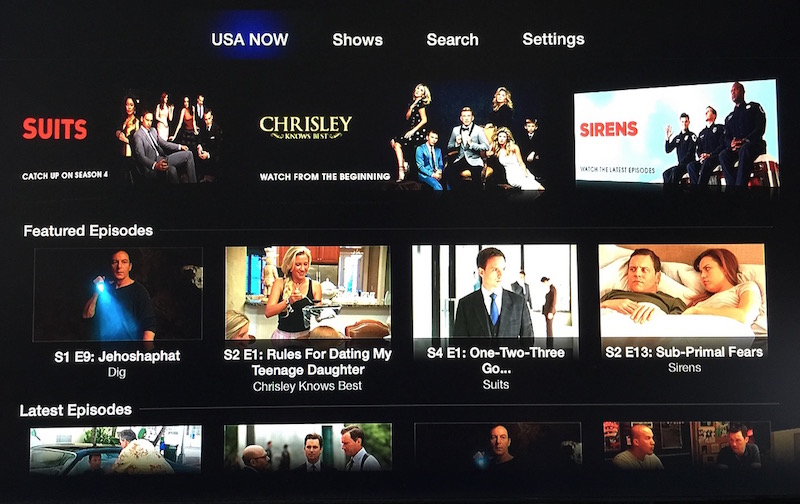 Apple has been relentlessly adding dozens upon dozens of channels to its set-top box ahead of the rumored hardware refresh at WWDC this June, said to include a redesigned remote with built-in touchpad.

Top industry executives are apparently convinced that Apple is up to something, with Time Warner CEO Jeff Bewkes telling investors on a recent conference call that he was “pretty confident” Apple would launch an iTunes-branded television service to go with a revamped Apple TV.

Apple CEO Tim Cook said on last week’s earnings call that “we’re on the early stages of just major, major changes in media that are going to be really great for consumers, and I think Apple could be a part of that.”

While Apple could convince content owners to back its $30-40 per month TV service, local news and sports may prove a tough nut to crack.

According to an analysis by Re/code yesterday, local broadcasting market structure, sports rights and the role of live-streaming may force Apple to initially exclude sports from its offering and offer regional, not national service, as opposed to biting the bullet and doing the complicated deals.