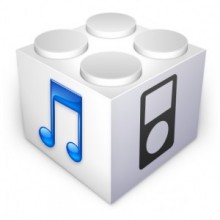 Today, Apple ceased signing iOS 8.2. Although the closure of this particular signing window has no measurable impact on jailbreakers, it’s still worth nothing any time Apple closes a firmware signing window.

Interestingly, the last jailbreakable firmware was an iOS 8.2 firmware, but it was a beta firmware—iOS 8.2 beta. The signing window for that firmware has long passed—it closed back in February of this year.

As we told you about previously, IPSW.me is one of the best ways to keep up to date with firmware signing statuses. Of course, we’ll always let you know when Apple ceases signing firmware on iDB, but this is a great resource for viewing all signing statuses at once, and viewing details on legacy firmware as well.

Are you still running iOS 8.2 for any particular reason? Sound off in the comments below with your thoughts on the matter.