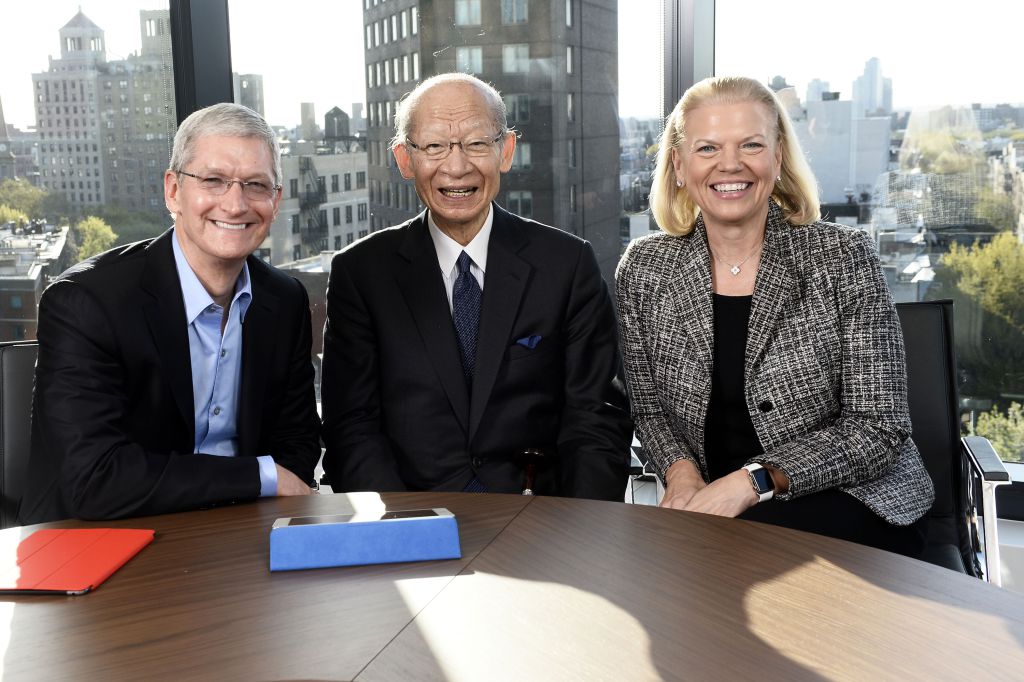 Apple on Thursday announced in a press release a move that will see the firm partner up with Japan Post Group to deliver iPads to the country’s growing population of elderly citizens over age 65.

Billed as a first-of-its-kind initiative, it’ll provide iPads to millions of senior citizens after Japan Post Group piloted iPads and apps custom developed for the elderly earlier this year.

These iPads come preloaded with IBM-developed apps and analytics to connect people with services, healthcare, community and their families. The staggered release will see between four and five million Japanese customers get their iPads by 2020.

Japan’s Nikkei news agency adds that information about the location and movements of seniors collected from these iPads will be analyzed by IBM’s Watson super computer.

“Japan is home to the fastest-aging society in the world,” Japan Post Group president and CEO Taizo Nishimuro, himself nearly 80 years old, said during the news conference.

In terms of numbers, about thirty-three million people, or approximately one-quarter of Japan’s total population of 127 million people, are age 65 or older. Furthermore, the figure is going to increase to as much as forty percent in coming years, he added.

“This initiative has potential for global impact, as many countries face the challenge of supporting an aging population, and we are honored to be involved in supporting Japan’s senior citizens and helping enrich their lives,” said Apple CEO Tim Cook

“iPad is incredibly intuitive, easy to use and has accessibility features built in, making it a perfect device for any generation to be connected and engaged,” he was quoted as saying in the media release.

According to Japan Ministry of Health, Labour and Welfare’s “Comprehensive Survey of Living Conditions 2013” study, more than 33 million seniors make up about 25 percent of Japan’s population, projected to grow to 40 percent over the next 40 years.

According to The Wall Street Journal, Japan Post is a government-owned holding company that runs 24,000 post offices as well as one of the world’s biggest banks and Japan’s largest insurer.