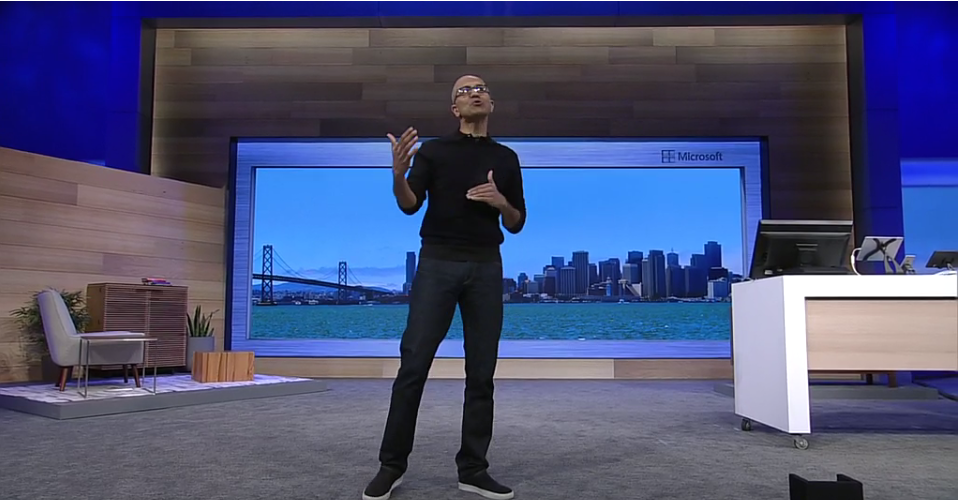 Microsoft just wrapped up this morning’s lengthy Build 2015 keynote in San Francisco, California, where it mades several announcements. Most of the stage time was devoted to upcoming products like the HoloLens and the new Windows 10 platform, but there was some talk of iOS and Mac in there, which we’ve rounded up for you. 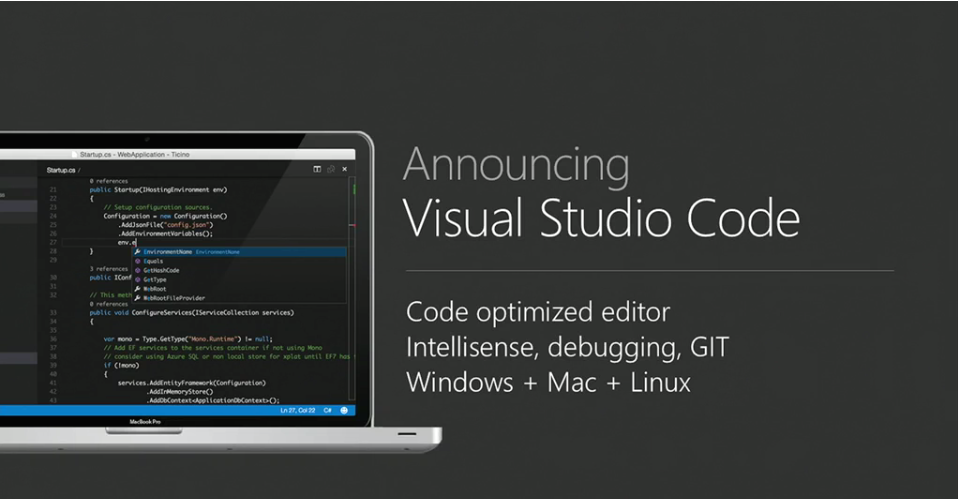 Microsoft today announced the first version of Visual Studio compatible with Mac and Linux, called Visual Studio Code. The new software will allow developers to write code in .NET, JavaScript and a number of other languages in an “incredibly lightweight” environment with features like Git version tracking and IntelliSense support. Microsoft is also issuing a preview release of .NET Core runtime distributions for Mac and Linux.

Previously, these tools were only available on Windows, so the move to open them up is yet another sign of CEO Satya Nadella’s desire to create cross-platform products. The just-released MS Band fitness tracker supports multiple platforms, and as of February Microsoft had more than 100 mobile apps on iOS and Android. 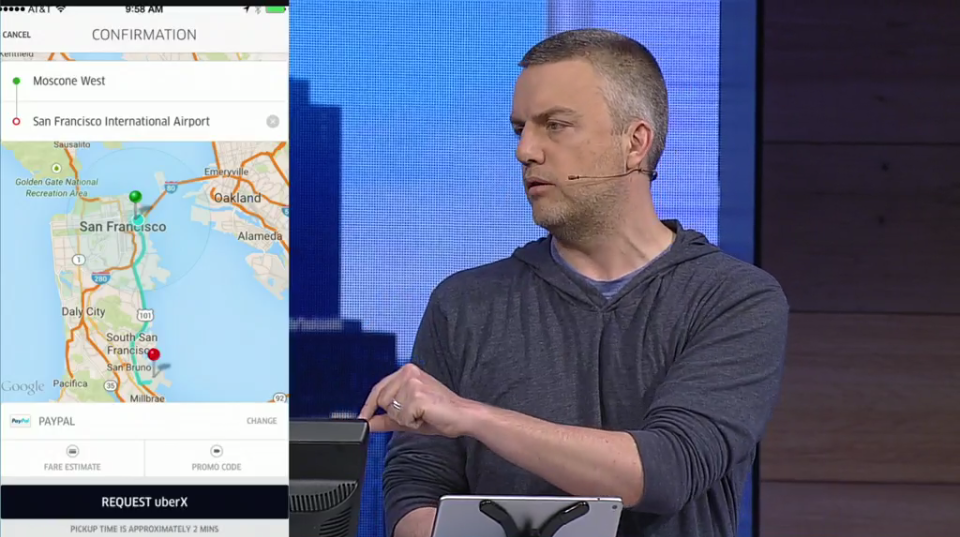 Microsoft is beefing up its efforts to turn its Office productivity suite into a full-blown platform, and today it announced that developers will soon be able to create add-ons that run inside Office apps. “We want to move far beyond individual apps and their APIs,” said CEO Satya Nadella.

Office has supported add-ons, in many forms, for several years now, but this is far more advanced and cross-platform. The example Nadella used on stage was a mini-Uber app running inside of Outlook for iOS, which allows you to automatically schedule a ride based on existing calendar appointments.  “You’re no longer going to different applications for different data.” 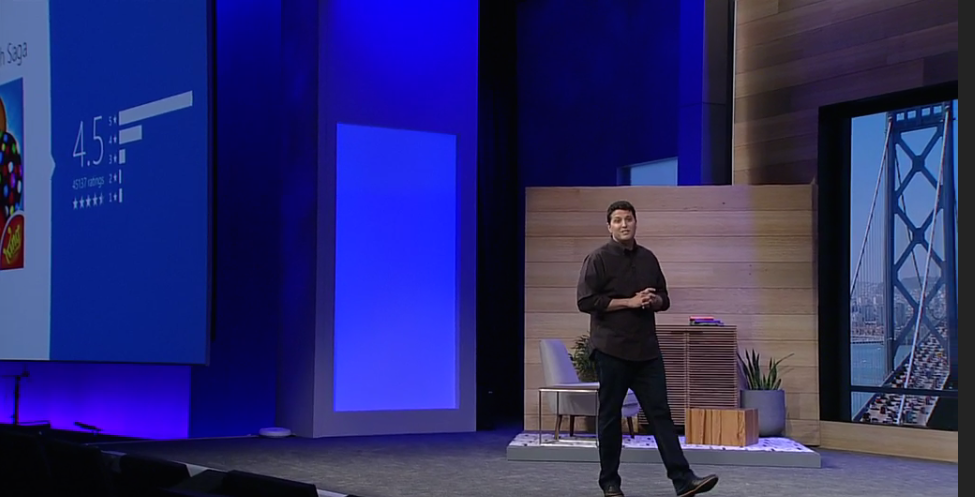 In a bid to attract more third-party developers, Microsoft also announced “Project Islandwood” and “Project Astoria” today. This was probably one of the more notable announcements of the keynote, as these new tools will allow iOS and Android developers to easily port their apps to Windows 10.

Astoria will allow Android apps to run unmodified on top of Windows, and Islandwood will enable iOS developers to bring their apps over to Windows without having to do a lot of extra work. The software was demonstrated on stage today with the popular game “Candy Crush Saga,” which developer King says it ported from iOS to Windows 10 with minimal effort.

Only time will tell if these new initiatives translate into greater developer support for the Windows platform, but Microsoft sure managed to make some headlines today. In addition to the aforementioned topics, the company also unveiled its new Edge web browser, new details about HoloLens, and major Cortana improvements.

If you want to learn more, you can watch Microsoft’s Build 2015 Keynote here. Apple’s developer conference is scheduled for June 8-12.