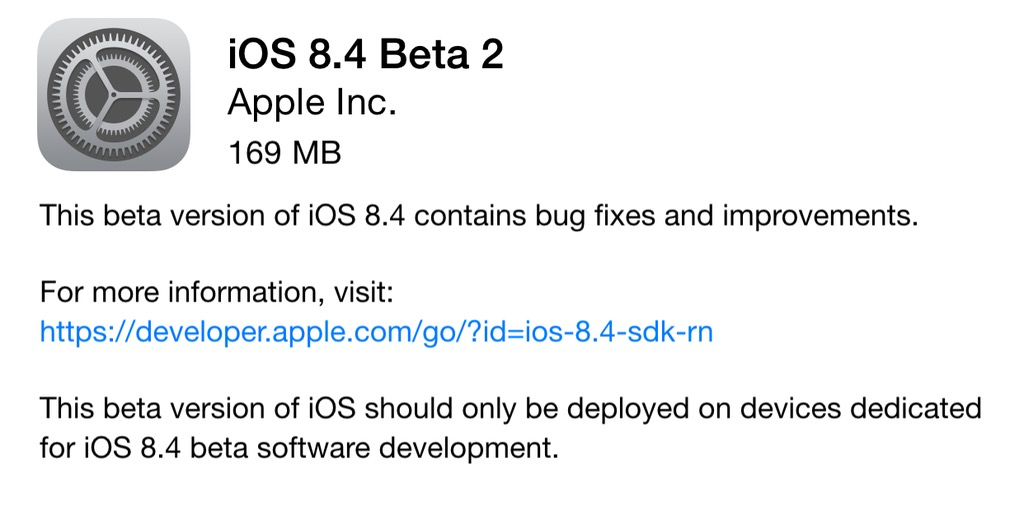 Apple on Monday seeded iOS 8.4 beta 2, which includes a redesigned Music app experience from the previous beta, to its registered iPhone, iPod touch and iPad developers.

The software carries a build number of 12H4086d and can be applied over-the-air through the Software Update mechanism available in Settings > General, for those who are running the first beta. A standalone installer is available through Apple’s portal for developers.

Release notes accompanying the download mention claim “this beta version of iOS contains bug fixes and improvements”. At least one new feature was spotted in this release: trending searches. Now when you’re searching for a song on iTunes Radio via the Music app in iOS 8.4 beta 2, it will automatically suggest a list of trending searches.

The official release notes accompanying the update mention a handful of bug fixes in iOS 8.4 beta 2, including adding search back to the App Store on iPads, fixing Music app crashes when CarPlay is active, resolving issues with ‘Made for iPhone’ GPS accessory support and more.

Here’s a quick recap of the comprehensive Music app redesign which debuted in the first beta of iOS 8.4, that landed into the hands of registered iOS developers on April 13.

The new Music app is much nicer looking than the current stock Music app and contains a wealth of improvements and new features. From a design standpoint, playlist personalization is now possible through adding your own image and description.

Up Next from desktop iTunes is now part of the new Music experience in iOS 8.4. A quick tap on the Up Next icon in Now Playing produces a list of songs from your library that will play next, allowing you to reorder, add or skip songs to your liking. 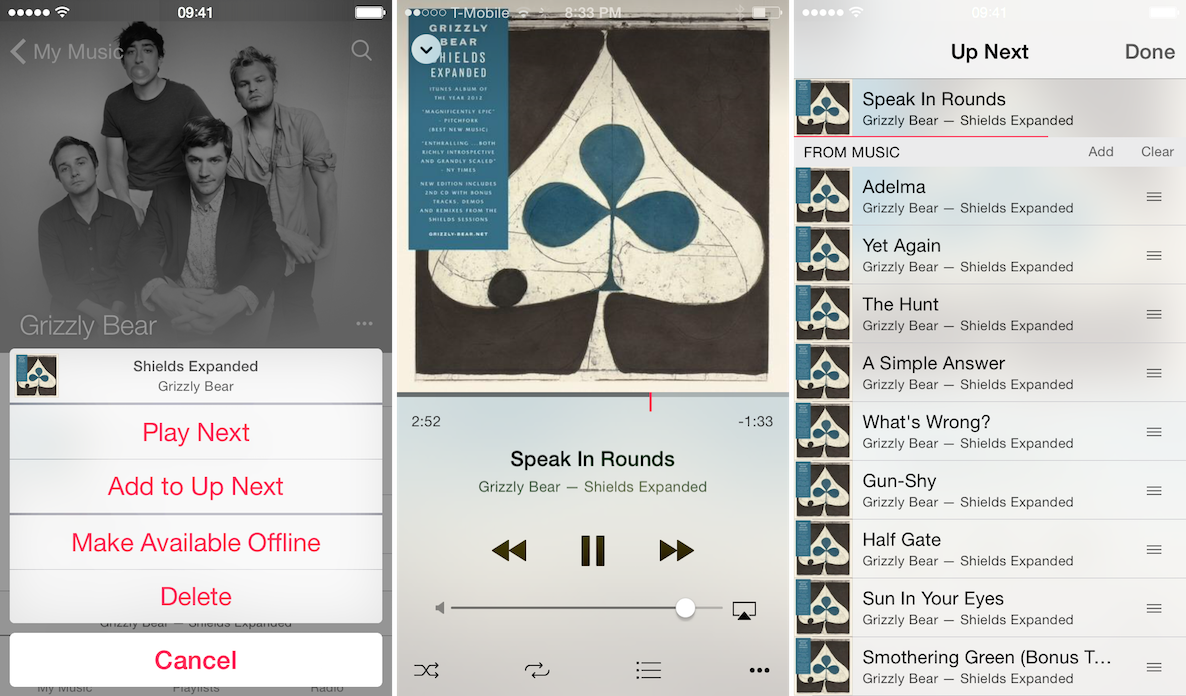 A new MiniPlayer lets you see what’s playing and control playback while browsing your music collection. Moreover, MiniPlayer acts as a shortcut to the revamped Now Playing screen.

In addition to the aforementioned perks, the new Music app brings out a number of usability improvements. For instance, simply tapping the play icon on the album artwork starts playing the album instantly. 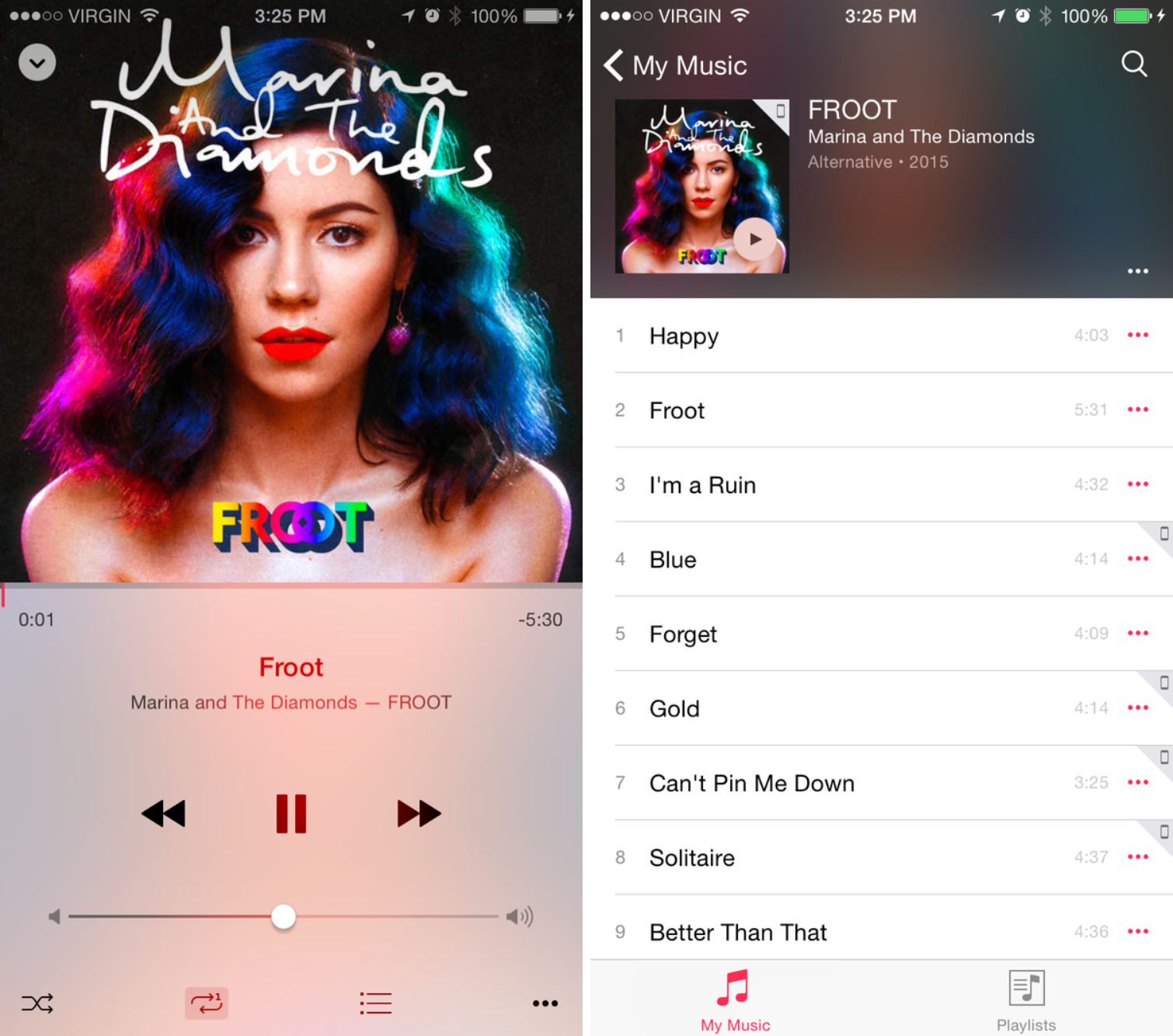 Our own Jeff Benjamin has posted a thorough video walkthrough of the new Music experience in iOS 8.4 so watch it now, if you haven’t already.

We’ll be keeping a close eye on any possible changes and update the article as soon as we encounter them. If you spot an interesting enhancements, give us a heads-up down in the comments and we’ll update the post, if needed.