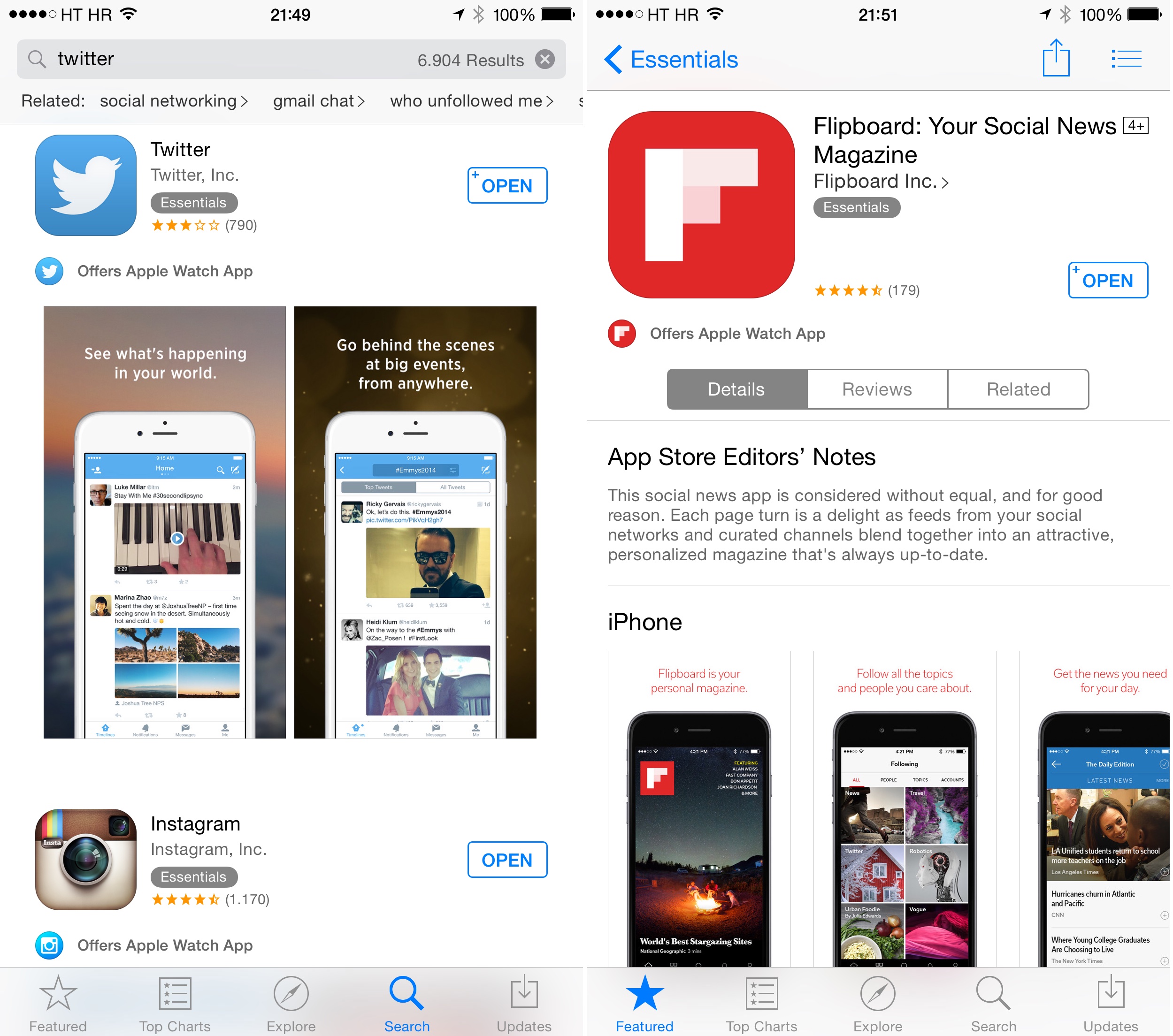 In order to better distinguish between regular iPhone applications and those with added Apple Watch functionality, a new ‘Offers Apple Watch App’ label is now available in the App Store across the iPhone, iPad and iPod touch devices. It’s also found when browsing Watch-compatible iOS apps in the App Store section of iTunes for Mac/Windows PCs.

When available, the label appears right below the app icon on individual app pages and in search results, making it easier to discover Apple Watch apps.

The image top of post shows the label for Twitter’s and Instagram’s iOS apps in search results, at left. Pictured on the right: the same label on Flipboard’s page in the App Store on my iPhone.

Truth be told, things can be a little overwhelming in terms of readability when you’re browsing apps which are optimized for Apple’s new wrist-worn gizmo, have been featured by Apple and offer In-App Purchases, with the labels flying all over the place.

Exhibit A: The New York Times app pictured below. 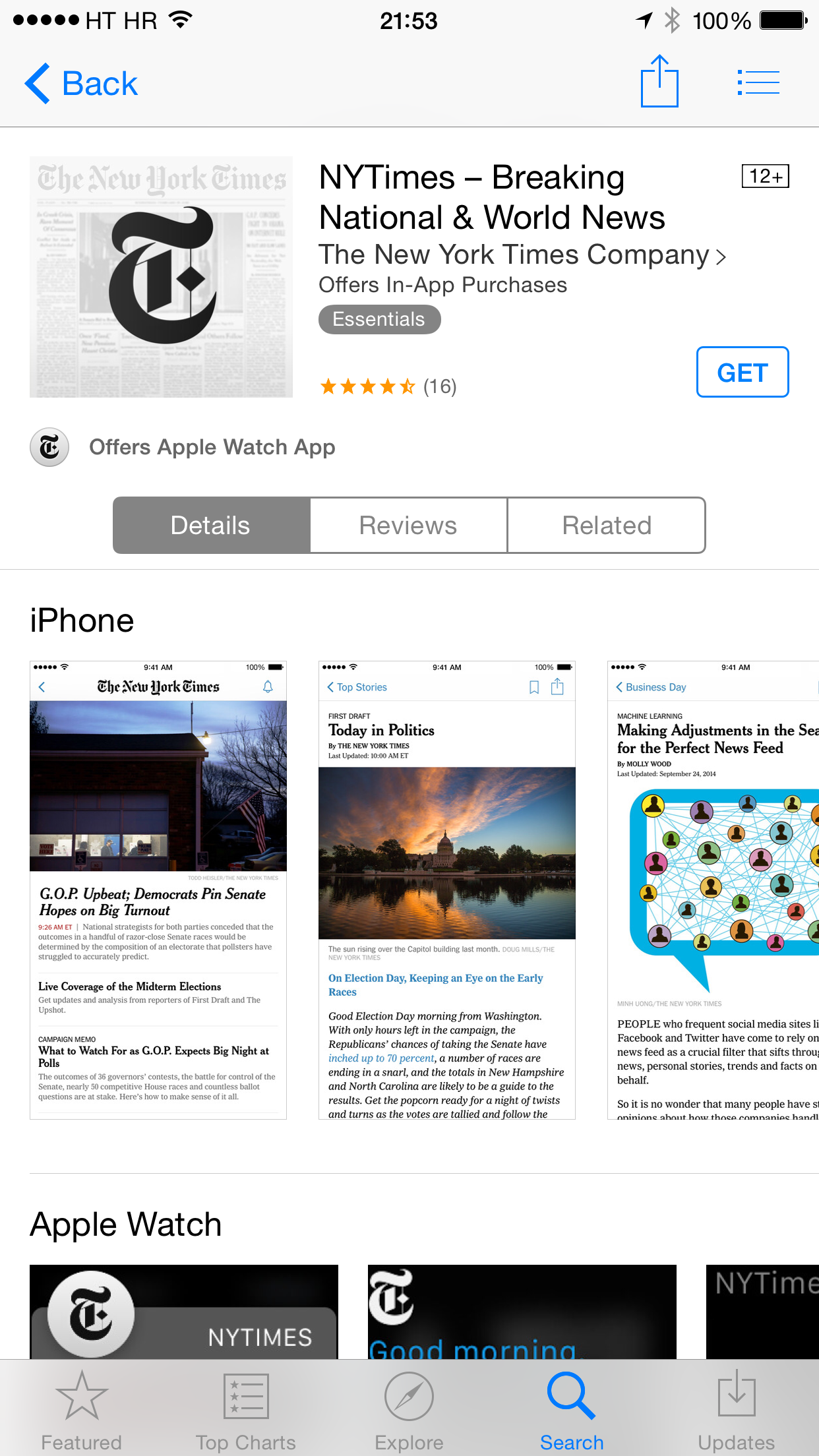 In addition to this new label, the App Store section in iOS’s Apple Watch app — as well as the App Store on iOS and in iTunes for Mac and Windows PCs — now show iPhone and Apple Watch screenshots, when available. 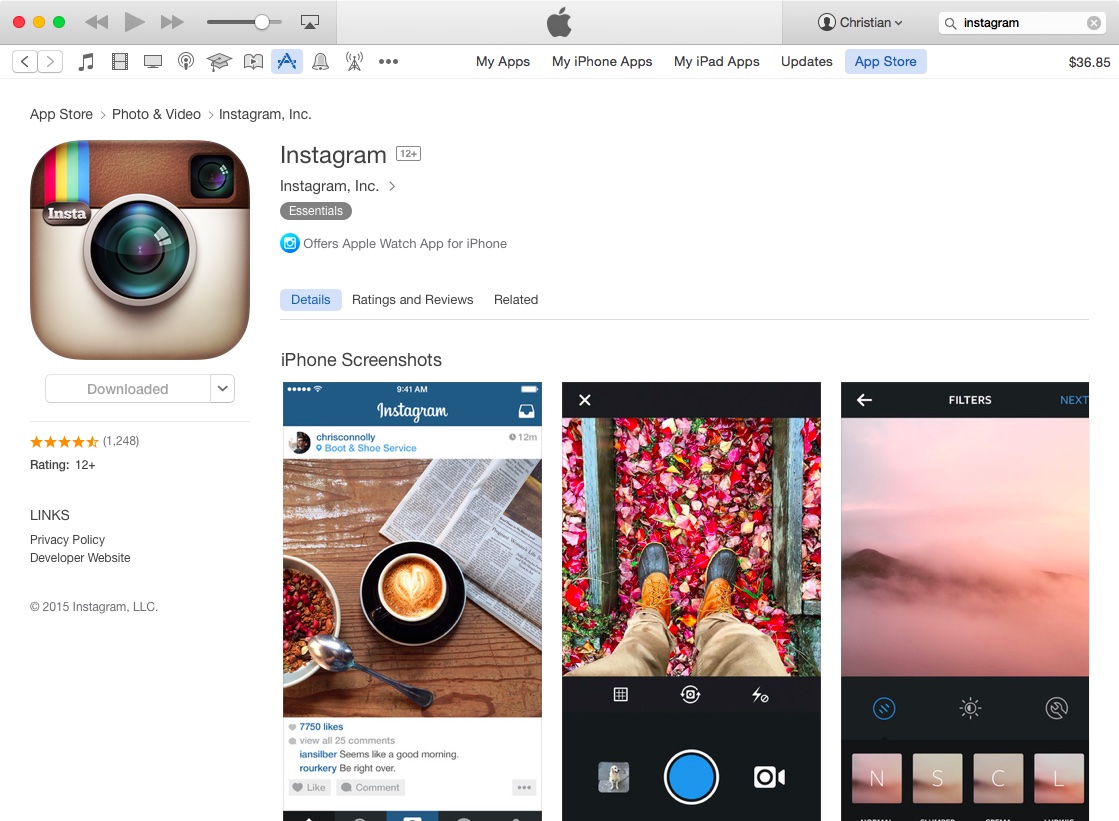 If you scroll further bellow, you’ll notice the newly added Apple Watch screenshots right underneath the regular iPhone ones. 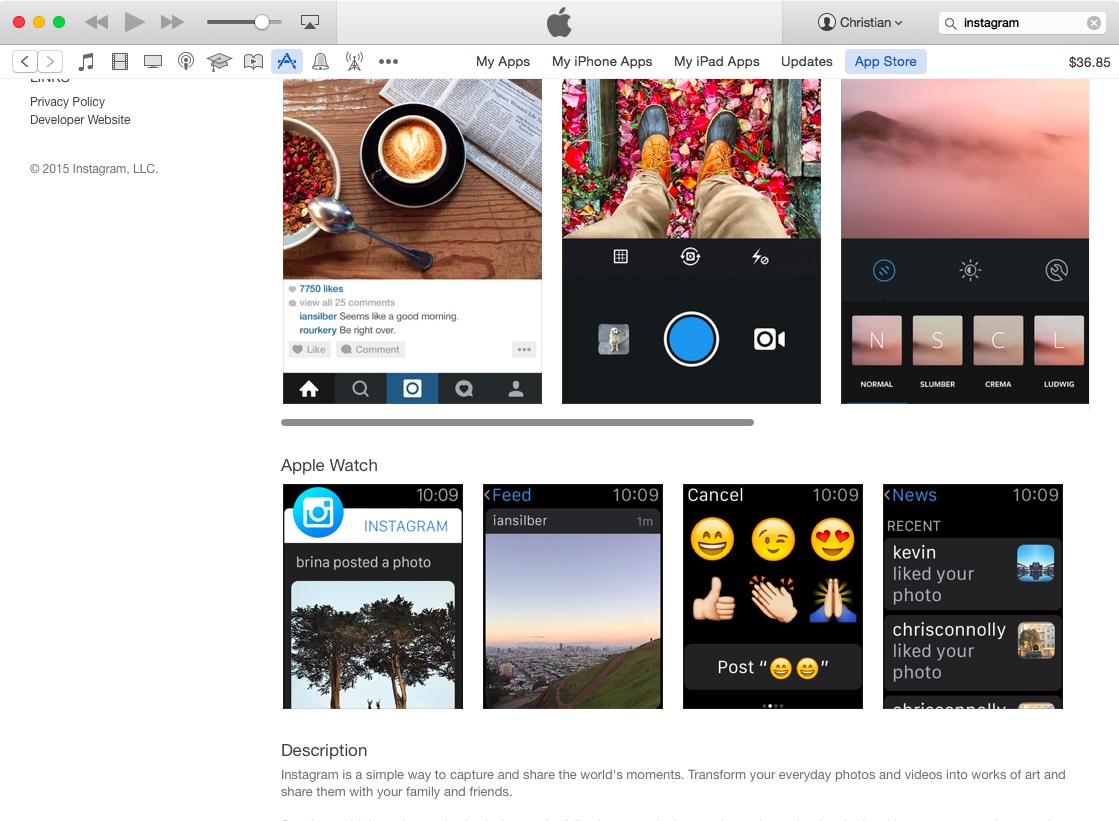 First Apple Watch shipments are scheduled to arrive tomorrow and I can’t start describing my excitement although I haven’t even been able to pre-order mine yet.

My love definitely goes to all the developer out there who have turned this into perhaps the strongest Apple product launch yet, at least from a third-party software standpoint.

If you’re running iOS 8.2 or iOS 8.3, the App Store section in the Apple Watch app on your iPhone is now filled with more than three-thousand Watch apps.

Although Apple highlights only the most important Apple Watch apps, you can trick the system into displaying all apps made for the wrist-worn device by tapping on the App Store tab ten or so times.

Interestingly enough, already the first Apple Watch software update is available for the device which the likes of The Verge and others said would improve responsiveness of the device and make the apps load faster.

Moreover, Apple has just released the official ‘Apple Watch User Guide’ with information and instructions on all of the device’s major software and hardware features and bundled apps.