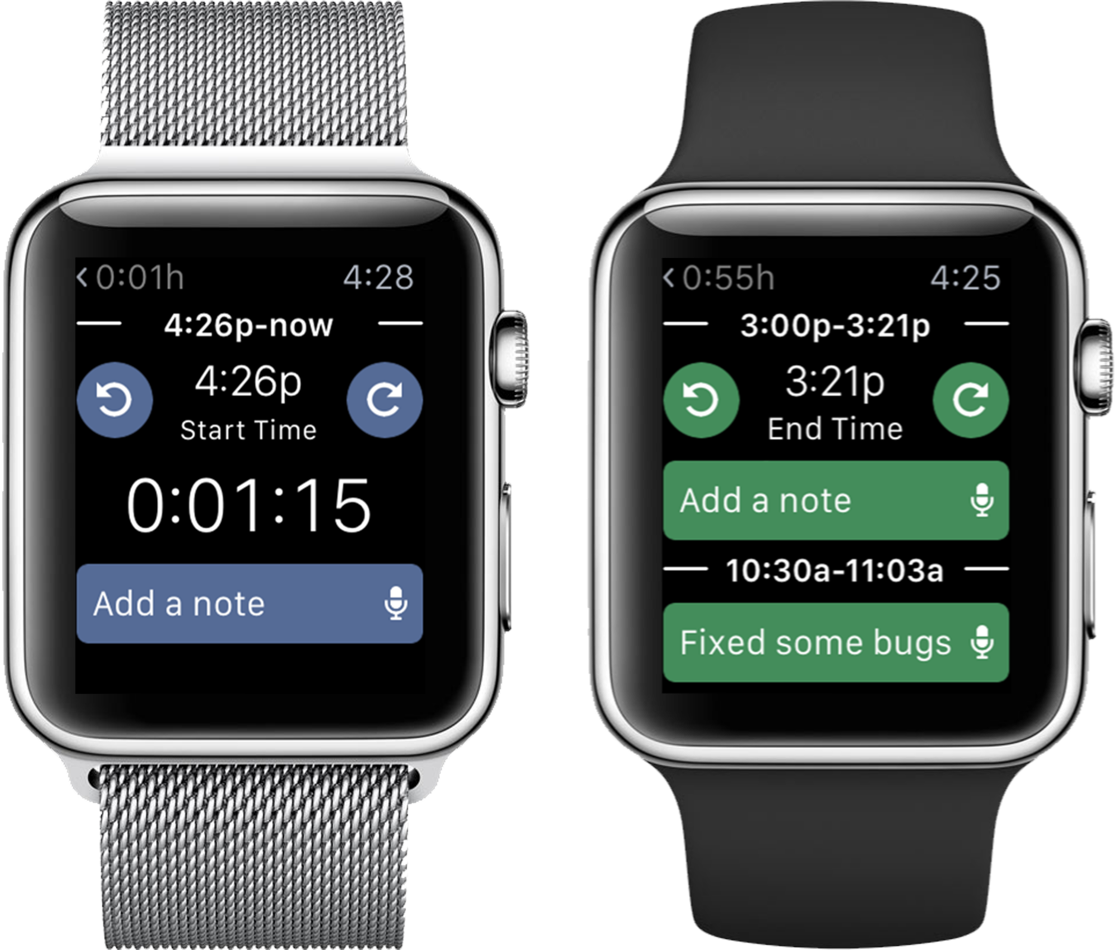 A bona fide Apple Watch extension provided inside the refreshed iPhone app will be unlocked as soon as you get your hands on the Apple Watch, giving you access to oft-used features like starting, stopping and switching your timers, adjusting start and end times, a Glance overview of your current running timer and more.

Hours for Apple Watch supports dictation for adding notes to your time entries and supports notifications on the Watch with handy reminders when you need to start and stop your timers. 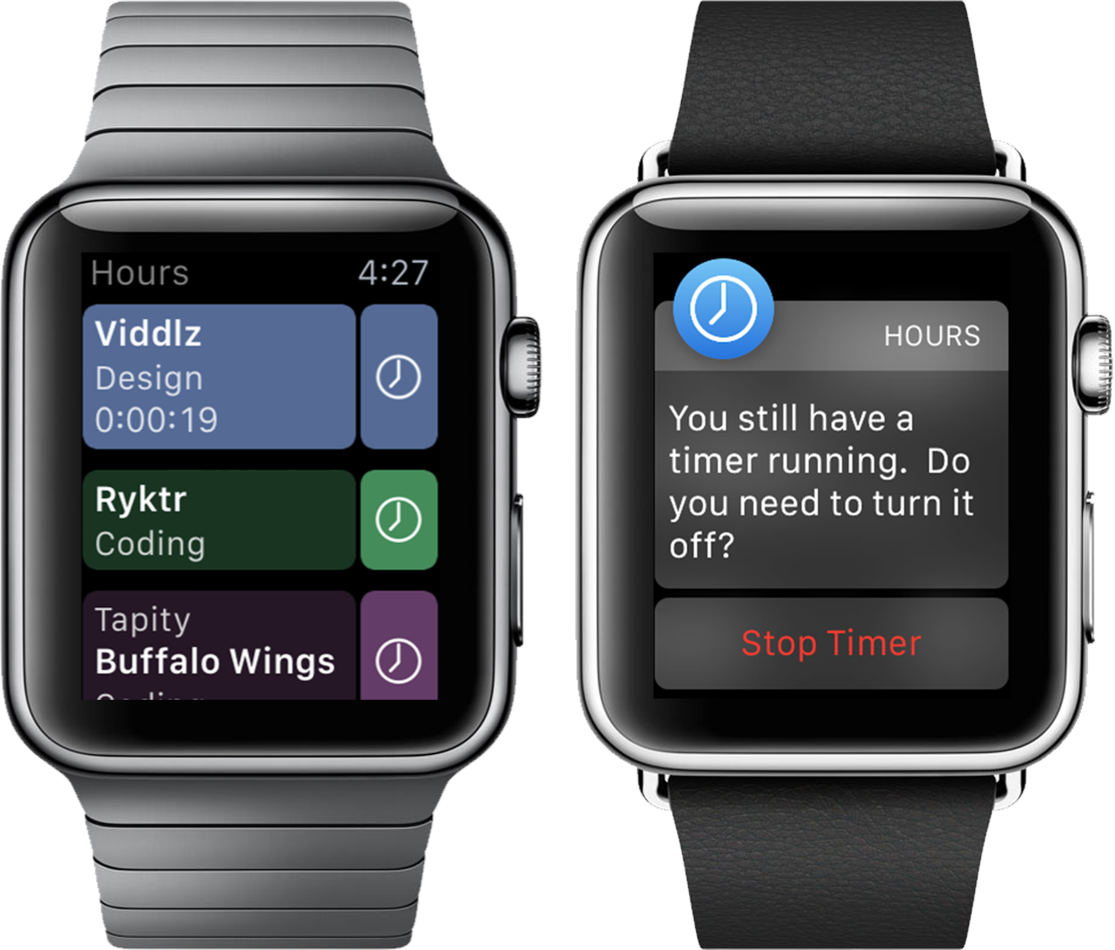 An Hours notification on Apple Watch features a Stop Timer button so you don’t need to launch the iPhone app to stop the timers started on the Watch. I’ve been a huge fan of Hours since its release and have been using it on a daily basis to record my work and get an overview of my blogging time broken down on types of posts I’m usually writing.

In my personal opinion, this is one of the killer apps that make so much sense on your wrist because the Apple Watch may just be the best way to track time.

In a post over at Medium explaining why they’re sacrificing tens of thousands of dollars for Hours to go free for the Apple Watch, Tapity founder Jeremy Olson explained that they’re basically building a business here rather than just an app.

So, what’s the vision then?

“Eventually, we will not make most of our revenue from individuals tracking their time, but from businesses who want to collect that time and accounting providers who want to subsidize that collection (look forward to some big news on the latter soon),” he wrote.

For those wondering, Hours has managed to sell tens of thousands of copies as a $6.99 app and has earned six figure revenues in less than a year on the market.

Here’s a handy video walkthrough of some of key Watch app features.

Grab Hours Time Tracking free of charge in the App Store for a limited time.

This essential productivity app for monitoring when you work and how you’re spending your day is regularly a $6.99 value so it should be a no-brainer.