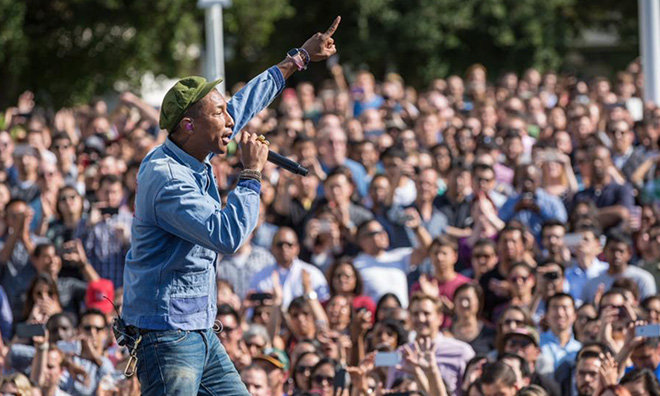 Tim Cook, CEO of Apple, tweeted a photo of Pharrell, whose hit song is “Happy”, calling it an “unforgettable Earth Day celebration”. Apple has worked with Pharrell in the past, as he was one of their iTunes Festival partners in London.

Apple makes a big deal of Earth Day, adding a touch of green to each Apple Store logo. Why not turn up on Wednesday on campus?

Pharrell joined in the social media sharing for the day, as well, showing his performance and a packed crowd of Apple employees. Of course, he was wearing an Apple Watch Edition, as we’ve perviously seen him do.

This isn’t the first time Apple has held a performance at its campus. Following the death of late Apple co-founder Steve Jobs, Coldplay performed at his memorial.