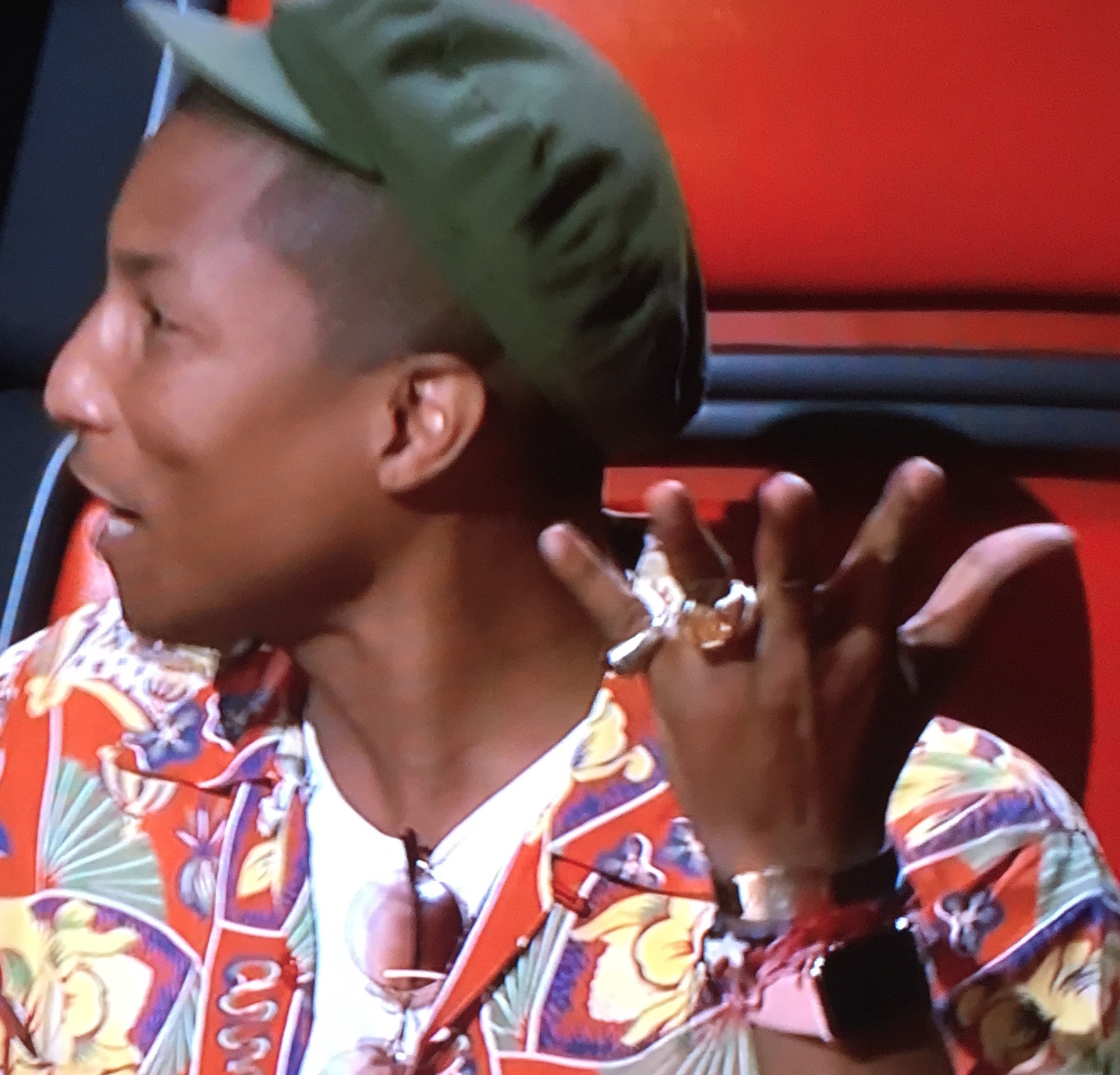 ‘The Voice’ coach and all around hit maker Pharrell Williams was spotted tonight on the popular music singing competition sporting what appears to be a stainless steel Apple Watch with white fluoroelastomer sport band.

Apple Watch has made the cover of several magazines internationally, usually worn by models, but it is the first time it makes a TV appearance with a celebrity. Pharrell Williams probably isn’t the only celebrity to have been given a sample unit, and it is likely that we’ll see the watch pop up more and more on the wrist of personalities before the official launch later this month.

Many Apple employees have also been spotted in the wild field testing the device, and of course Tim Cook and other Apple execs have been showing it off on many occasions.

Apple Watch will be available for pre-order on at 12.01 am PT on Friday, April 10. It will start delivering by and be available in stores on April 24.

Update: Pharrell also showed off his Apple Watch in this short video posted on Instagram

Thanks Jon and Armando!