Innovation that went into conceiving, designing and engineering the Apple Watch extends to the bands, too. And as we count down the remaining days until Watches start shipping, the United States Patent & Trademark Office (USPTO) has just granted Apple a trio of patents covering designs for the most popular Watch straps, branded the Sport Band, Classic Buckle and Link Bracelet.

Interestingly enough, all three patents are titled just “Band” and described as covering “the ornamental design for a band”. The newly issued patent grants arrived just one month following another USPTO patent award for the Watch’s Modern Buckle strap.

Patent drawings covering the design for the Link Bracelet with magnetic pegs and a spring-loaded butterfly clasp are pictured top of post. The accessory is made from stainless steel and contains more than a hundred meticulously constructed parts.

It also has a series of spacer links with individual release buttons allowing Watch wearers to reconfigure bracelet length themselves. Custom-made Link Bracelets in gold were spotted on the wrists of such celebrities as fashion designer Karl Lagerfeld and pop singer Beyoncé.

The fluoroelastomer Sport Band design, illustrated below, features a pin-and-tuck fastening system which prevents bands from flapping about. As per Apple’s support document, the material has gone through extensive evaluation, including thousands of material composition tests and hundreds of toxicological assessments. 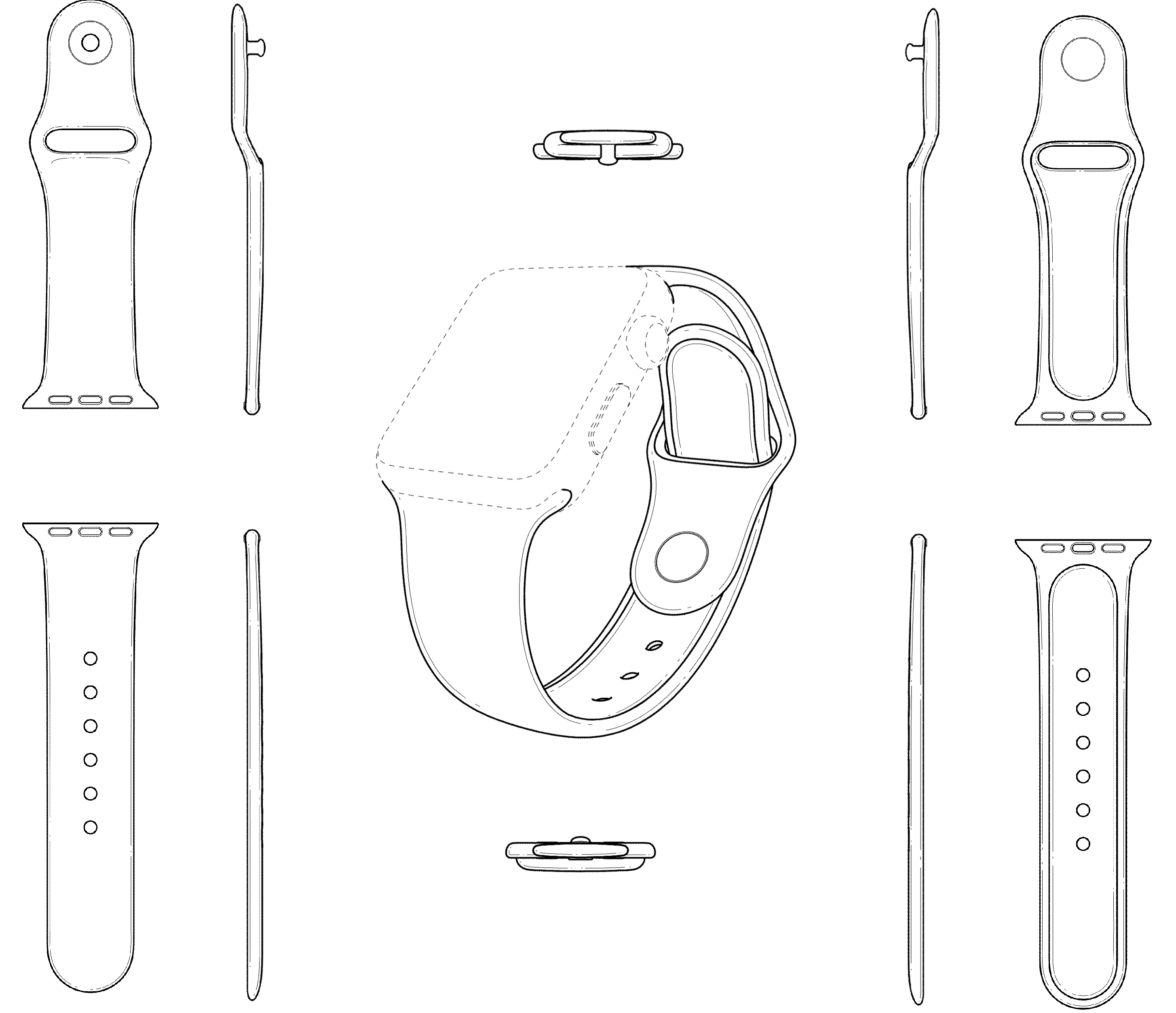 Apple even consulted with board-certified dermatologists to ensure that the Sport Band doesn’t provoke adverse skin reactions. While it was originally suspected that the Apple Watch Sport would ship with two separate bands for sizing purposes, the Sport Band actually consists of three pieces to make either a Small/Medium (S/M) or Medium/Large (M/L) strap. 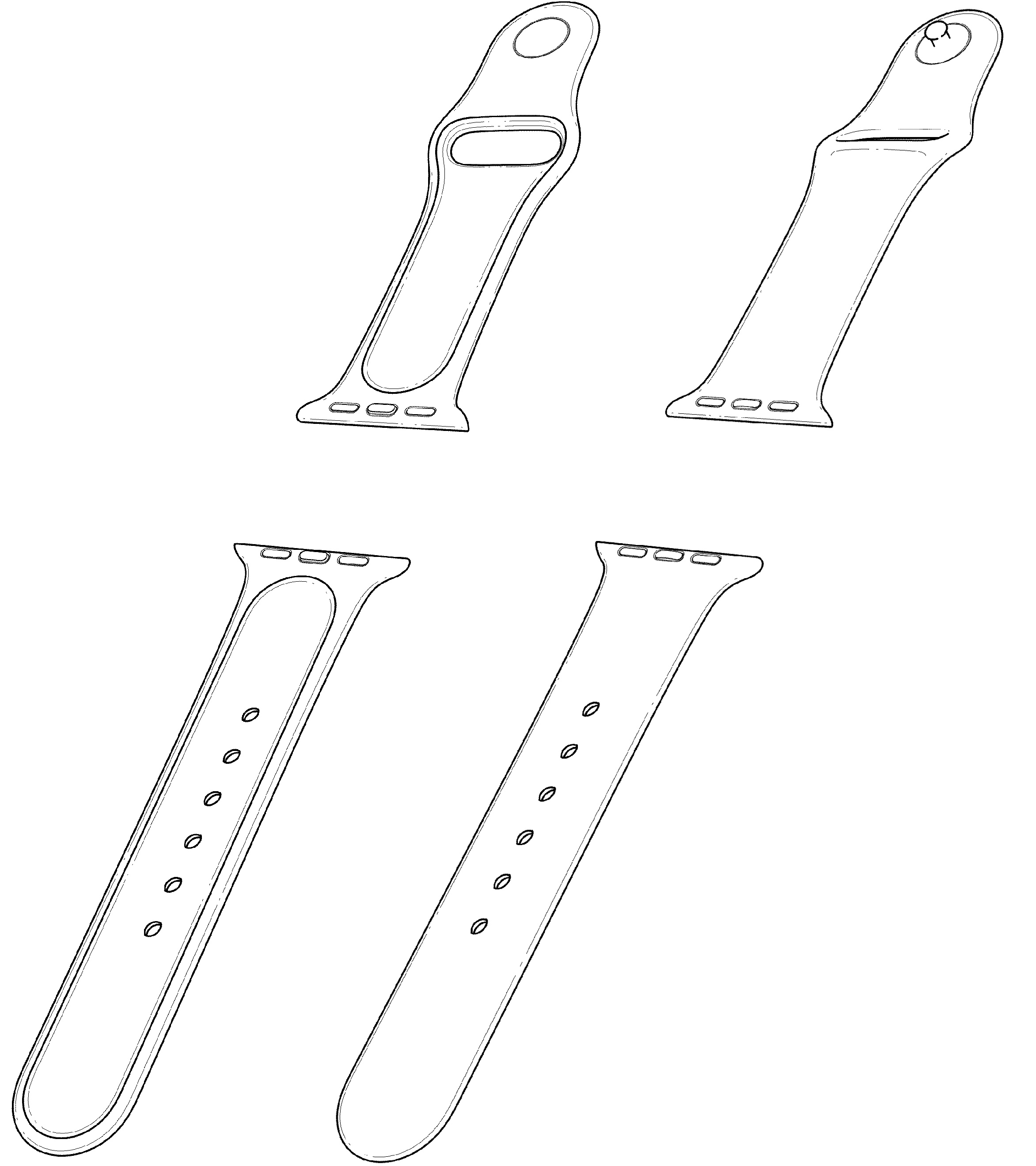 Lastly, the Modern Buckle is only available for the 38mm Watch and was originally patented last month. Similar to the Milanese Loop, the Classic Buckle is based on traditional lugs that connect the magnetic peg system to a leather strap. 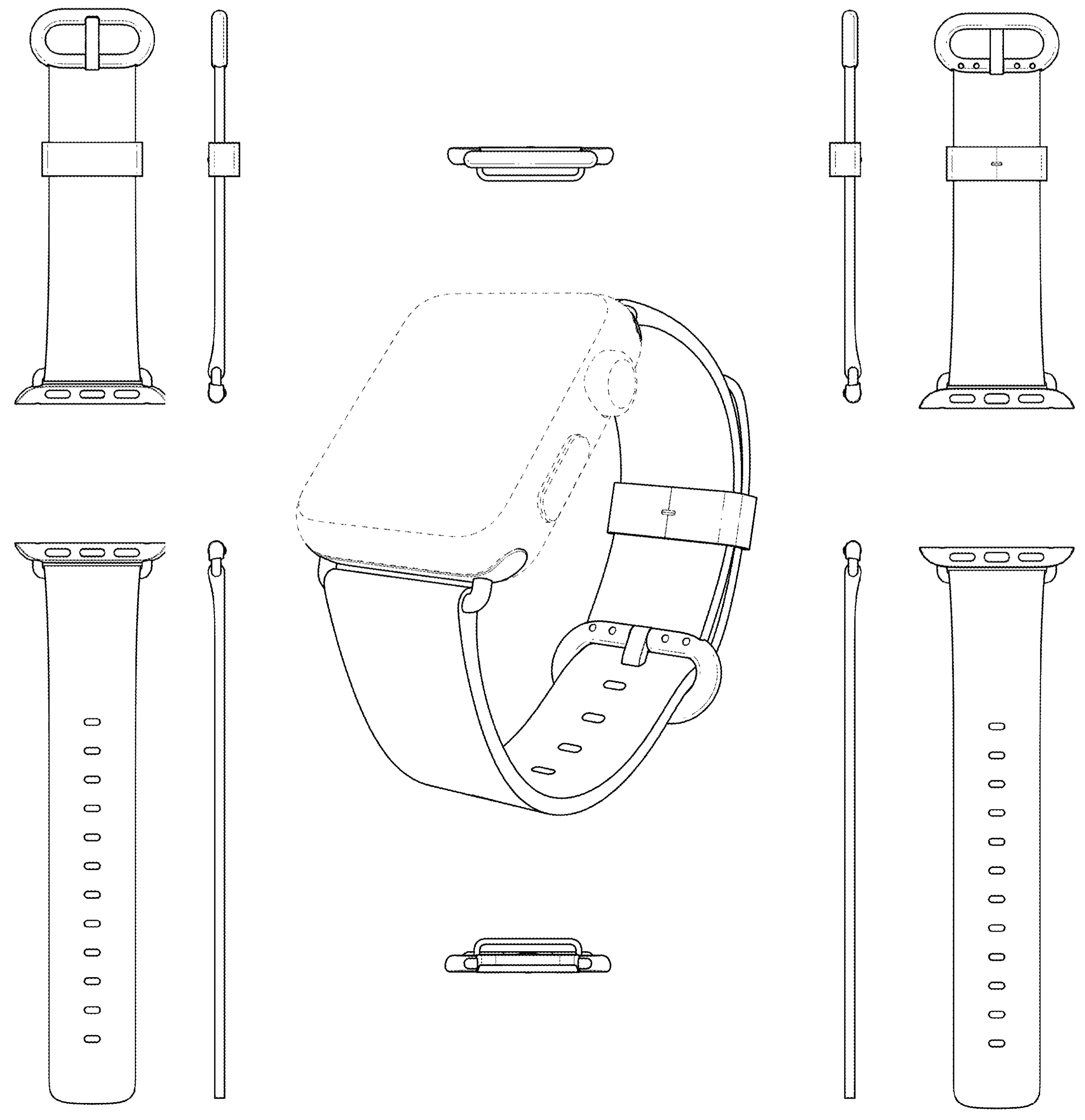 Another Apple Watch Edition-related patent published in March 2015 outlines a method that would presumably allow the company to make 18k gold that has, on a volume basis, less gold than regular 18k gold.