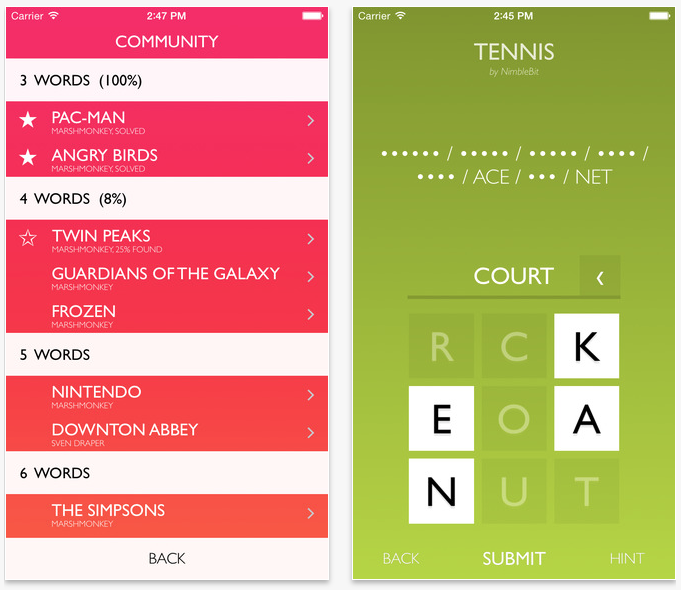 Long-time developer NimbleBit, responsible for several hit titles such as Tiny Tower and Pocket Planes, released a new game on Monday called ‘Letterpad.’ It’s a word puzzler, and it’s available for free for both the iPhone and iPad, as well as the Apple Watch.

The game tasks players with finding words related to the given topic, hidden within a group of 9 letters. So if the topic is ‘Music,’ you’ll want to uncover words related to that such as radio or jam. Find all the words, and work your way through over 200 puzzles.

There are a few things that make Letterpad different from other word game offerings. For one, you can create and share your own puzzles, and NimbleBit even says it will add community-created content regularly. And two, the game will support Apple Watch play.

The only real hint of IAPs or advertising I could find was in the game’s ‘Reveal a letter’ hint feature, otherwise it’s distraction-free. It’s worth noting, however, that the title does require you to be running iOS 8 or later. You can find Letterpad for free in the App Store here.