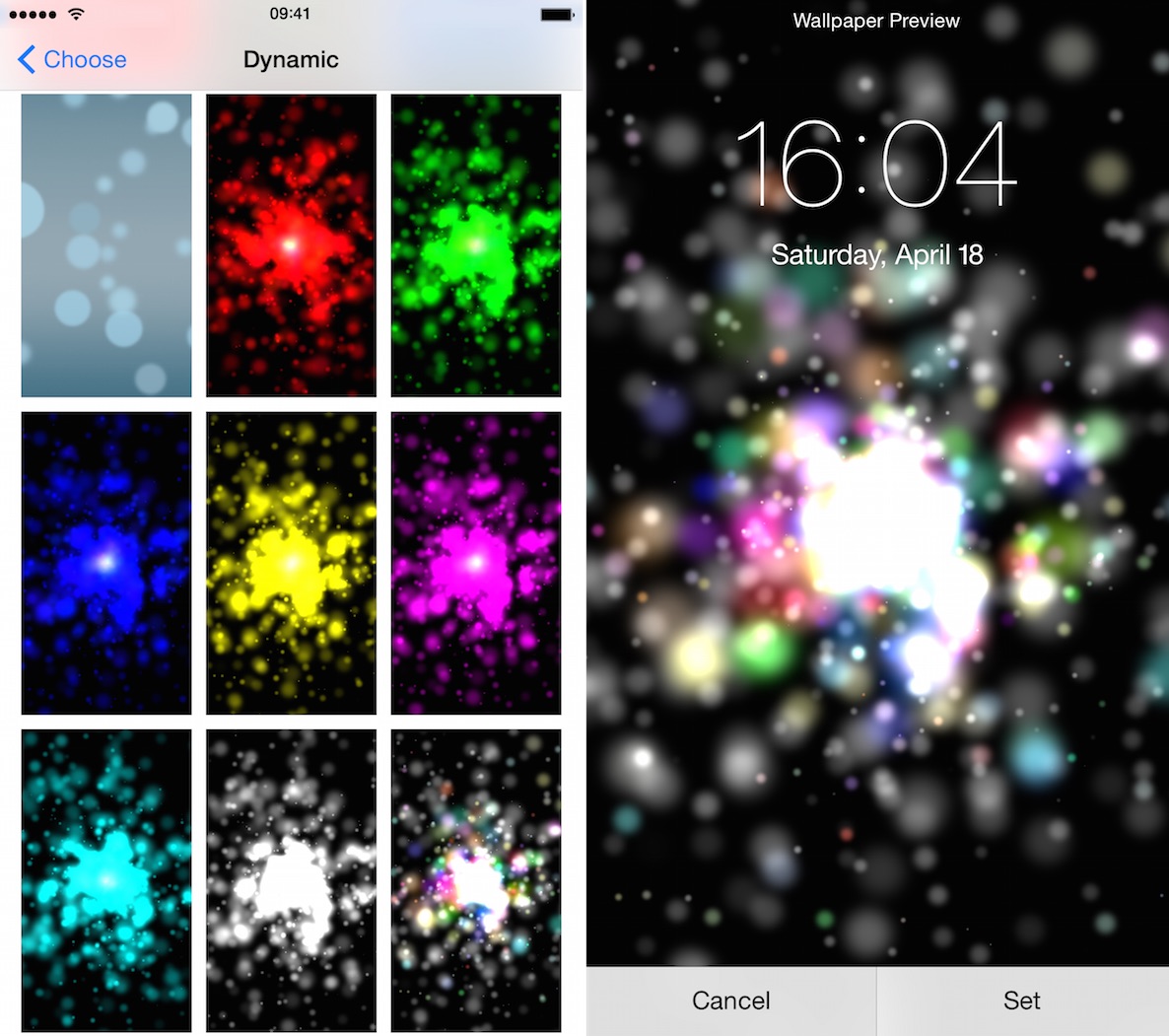 The dynamic wallpapers present in iOS are nice looking, but there’s just not enough of them to choose from. It would be nice if Apple provided us with additional dynamic wallpapers via a download, or if they included them with a future iOS update.

After installing Particle Wallpapers, you’ll need to open Settings → Wallpaper → Choose a New Wallpaper → Dynamic. Once there, you’ll find the eight new wallpapers in the list for a total of 15 different dynamic wallpapers.

As its name alludes to, each new wallpaper features a particle effect that animates on both the Lock screen and the Home screen. All of the wallpapers are the same outside of the color scheme. The rainbow color scheme looks the best in my opinion, as it isn’t dominated by any one color, and is easier to match up with the app icons on your Home screen.

But Particle Wallpapers, as you have probably guessed, is very hard on the iPhone’s battery. There’s really no way around the fact that it’s an absolute battery killing monster. The constant animations will have your battery sucking wind in no time flat, and it could probably outright kill an iPhone 6 Plus in a matter of hours.

The tweak is also busy looking, with its constant animations. The animations aren’t slow and methodical, like the stock dynamic wallpapers, which makes for a distracting experience.

Lastly, I find that the tweak causes a glitch with the dock icons while in landscape mode on the Home screen. It’s not a deal breaker, but it is annoying. It’s one of those things that you can’t un-see once you spot it.

Overall, Particle Wallpapers is an impressive looking tweak, but it has too many problems for me to outright recommend using it. If, despite its problems, you want to take it for a try, you can find it on the BigBoss repo for $0.99.

What do you think? Would you consider trying Particle Wallpapers despite its caveats?