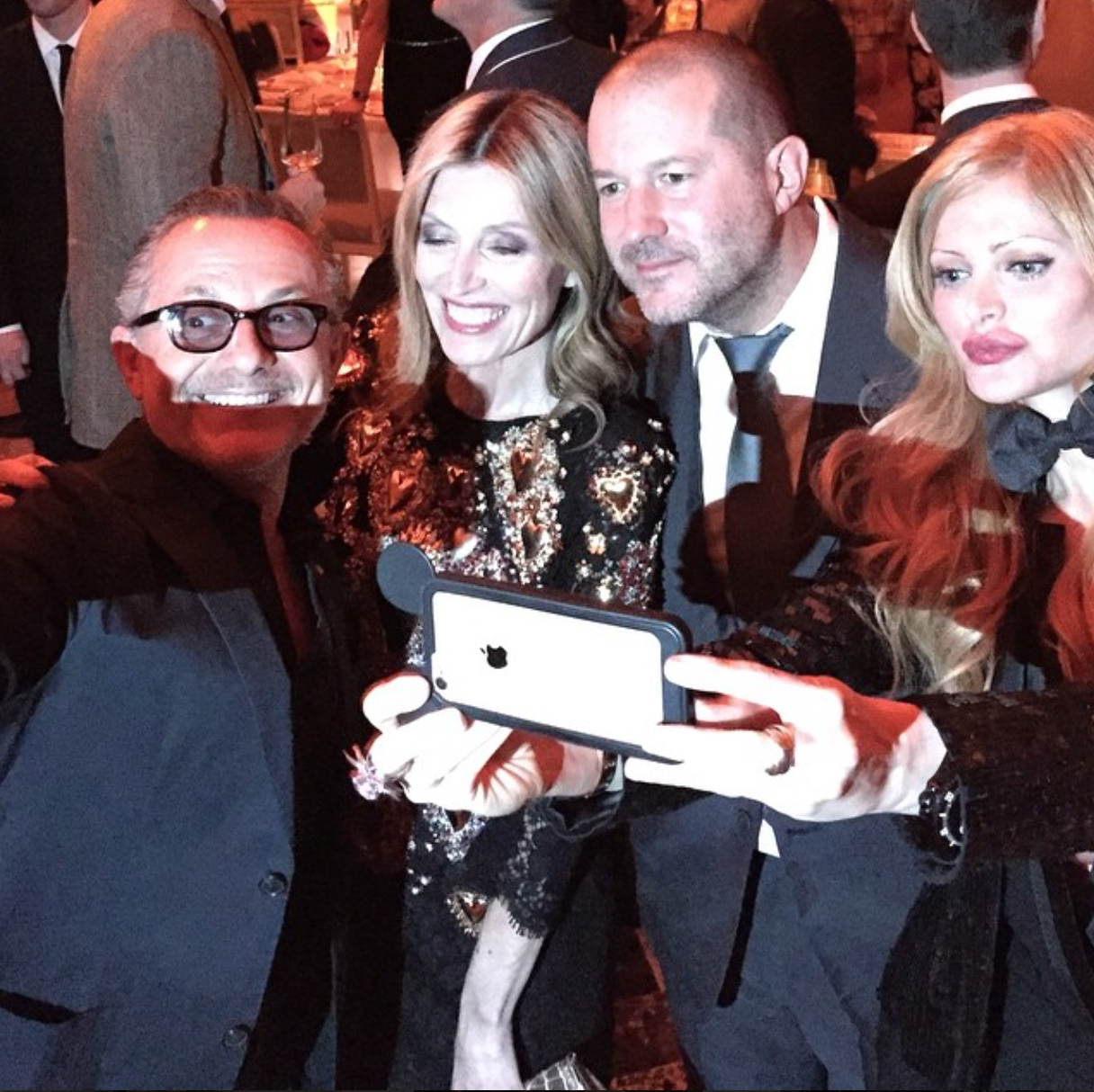 Apple continued its PR push for Apple Watch in Italy this evening, Jony Ive hosting a Design Week event in Milan allowing folks to try on the new wearable. The design chief also used the occasion to unveil what appear to be exclusive new colorways for the Apple Watch Sport band.

The photos you see both above and below, first spotted by 9to5Mac, were posted to Instagram by Umberta Gnutti Beretta, wife of heir to the Beretta firearms empire Franco. In them you can see Ive posing for photos, and a platter with dark blue, red, yellow, and light pink Sport bands. 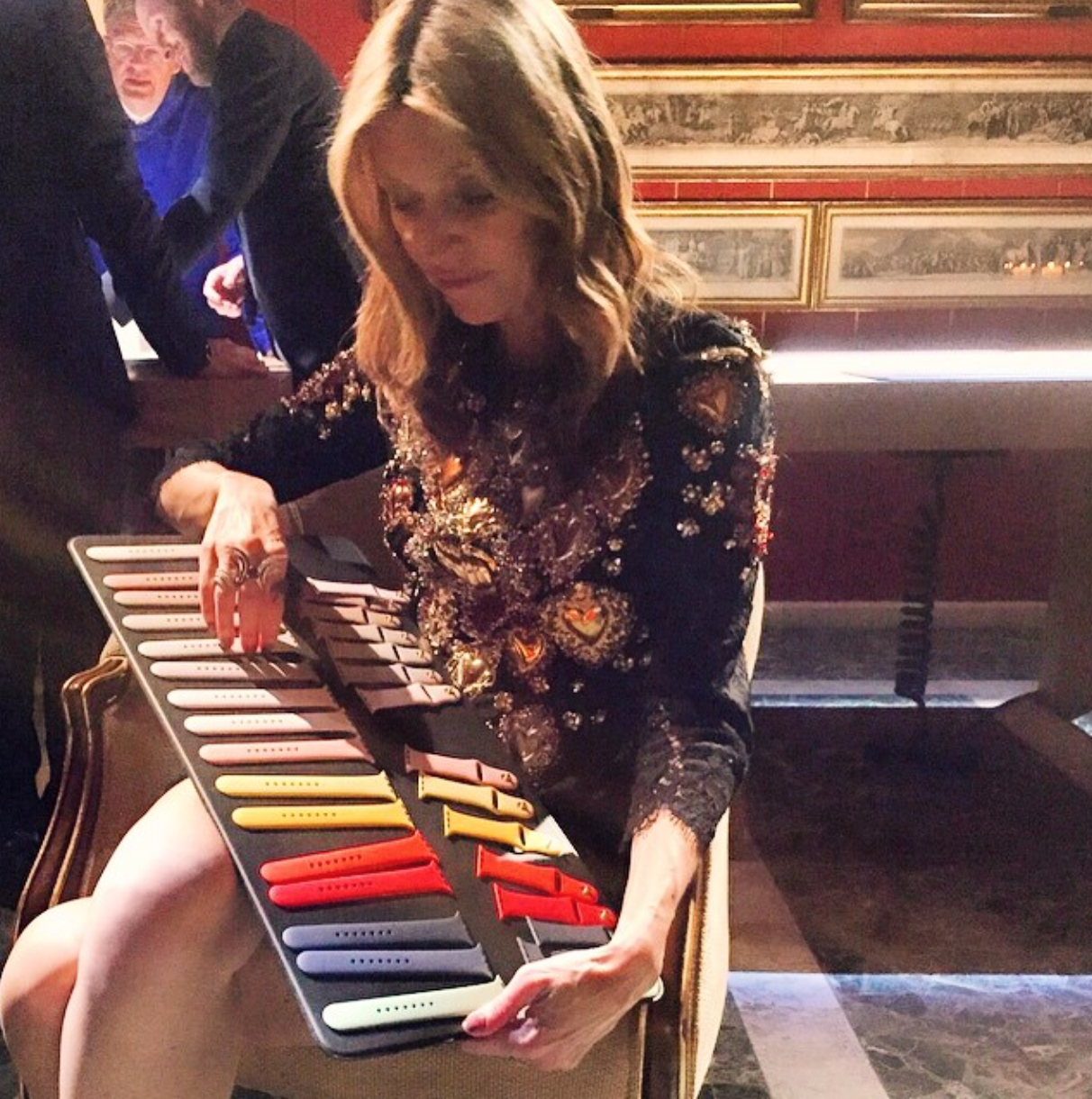 To our knowledge, these Sport band colors have not been seen or talked about before today—outside of the red band that former pro rugby player Will Carling posted photos of earlier today. There’s also no word on when or if the bands will be available to the public, or what they’ll cost.

Although Italy isn’t one of the 9 Apple Watch launch countries, it plays a very important part in Apple’s plan to sell the device as a fashion accessory. On Friday morning, Phil Schiller and designer Marc Newson were spotted at the Salone Del Mobile Design fair showing off the wearable.

The Apple Watch went up for pre-order on April 10, and was expected to land in retail stores on April 24. However, intense demand and extremely limited supplies have forced Apple to retract the launch date, and it’s believed now that there won’t be Apple Watch stock in-store until June.