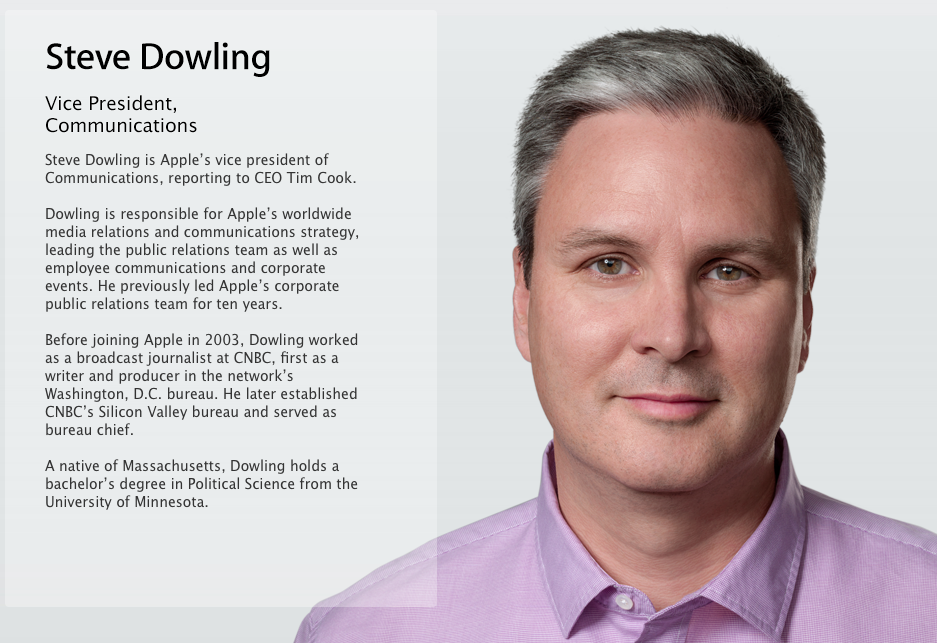 Apple added Steve Dowling to its online Executive Profile page on Thursday, officially naming him Vice President of Communications. Dowling had been serving as interim public relations chief since October of last year, while Apple analyzed candidates for the permanent gig.

The position opened up last summer, when longtime PR chief Katie Cotton announced her retirement. Cotton was a polarizing figure in the tech world, and well known for her aggressive protection of Apple and tight control over information during her nearly 20-year tenure.

Cotton claimed her retirement was part of a plan to spend more time with her family and children, but public consensus was that her over-protective nature—which helped her thrive during the Steve Jobs era—didn’t mesh well with Tim Cook’s efforts to make Apple more accessible.

Following her departure, Apple was said to be looking for a “more approachable face,” and it reportedly interviewed a wide range of candidates including former White House press secretary Jay Carney. Ultimately they settled on Dowling, who has been with the company since 2003.