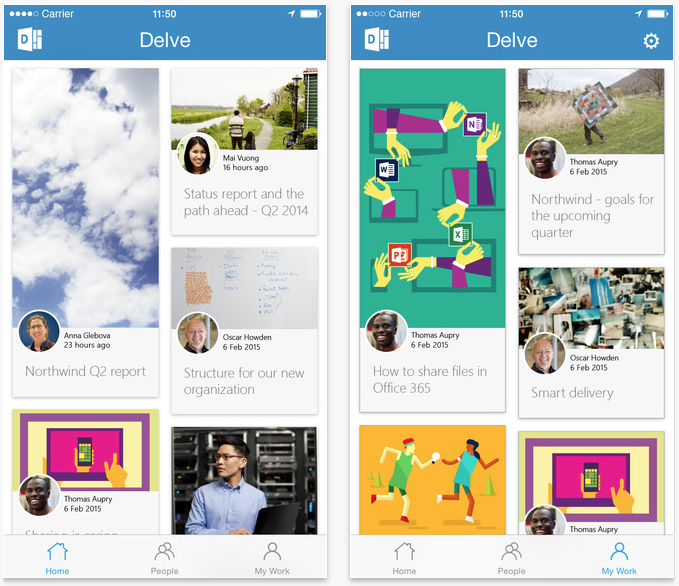 Building upon its already enormous library of iOS software, Microsoft on Tuesday released ‘Office Delve‘ for iPhone. The app serves as a mobile client to Microsoft’s Office Delve service, which connects Office users to relevant people and documents.

The official tagline of the iPhone app is “find and discover documents through people you work with.” Microsoft says the app will allow you to see what you and your colleagues are working on across Office 365 and suggest relevant documents to you.

Note that you’ll only see documents that others have intentionally shared with you, so you won’t see their private documents and vice versa. Some describe the service as a mashup of Facebook and Dropbox, with a little bit of LinkedIn mixed in.

Microsoft has been very active in iOS app production over the past few years, and more recently has been focused on pushing out Office-related titles. Earlier this month, the company released Office Lens, a document-scanning app for OneNote users.

If you’re interested, you can find Office Delve for iPhone in the App Store for free. Requires Office 365.