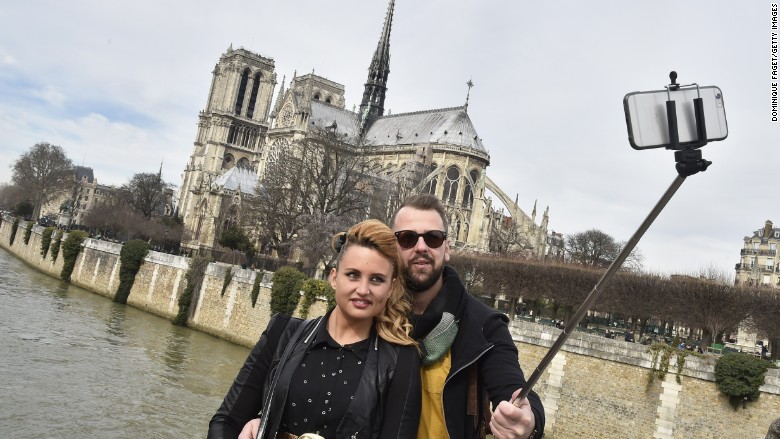 Apple this morning announced that its annual developers conference will be kicking off on Monday, June 8, and already social media is trending with news of a revised terms prohibiting the use of selfie sticks and monopods at the show.

“You may not use selfie sticks or similar monopods within Moscone West,” or in the whole Yerba Buena Gardens area around it for that matter, as per this note describing attendance policy available on Apple’s WWDC 2015 webpage.

As Apple typically provides a video stream of the opening keynote which garners millions of views on the web, one possible explanation includes the possibility of selfie sticks potentially obstructing shots of the stage and blocking the views of Apple’s camera crews.

Furthermore, Apple will be live-streaming conference sessions throughout the week at the official WWDC website and through the WWDC app for the iPhone and iPad. This may be why the company is also banning professional photography and video equipment on the site.

In addition to selfie sticks and monopods, developers were previously blocked from making audio or visual recordings of WWDC or bringing professional photographic or video equipment on the premises, including wearable recording gear like GoPro devices.

Mobile photography via iPhone or compact cameras is permitted.

Smoking (including e-cigarettes) is not allowed anywhere inside Moscone West and neither is solicitation or selling of items. All attendees should refrain from smoking “within 20 feet” (six meters) of the lobby doors.

“Any attendee conducting these activities may be removed from WWDC,” warns the firm. Not sure which is more embarrassing, using a selfie stick in public or being thrown out of an Apple event over using one.

As for selfie sticks, I’m not surprised Apple is banning them on the site.

There’s no denying these accessories do obstruct the views of other people and they’ve already been banned by other high-profile events, including the Coachella festival which is currently underway in California.

Other public venues have banned selfie sticks, too, including the likes of Kentucky Derby, English Premier League soccer stadiums, London’s National Gallery, New York’s Metropolitan Museum of Art, the Palace of Versailles, the Coachella music festival, Disney (DIS) World and many others.

That said, Apple’s wording doesn’t mention anything about selfie shoes not being allowed at WWDC so I guess they’re safe to use.