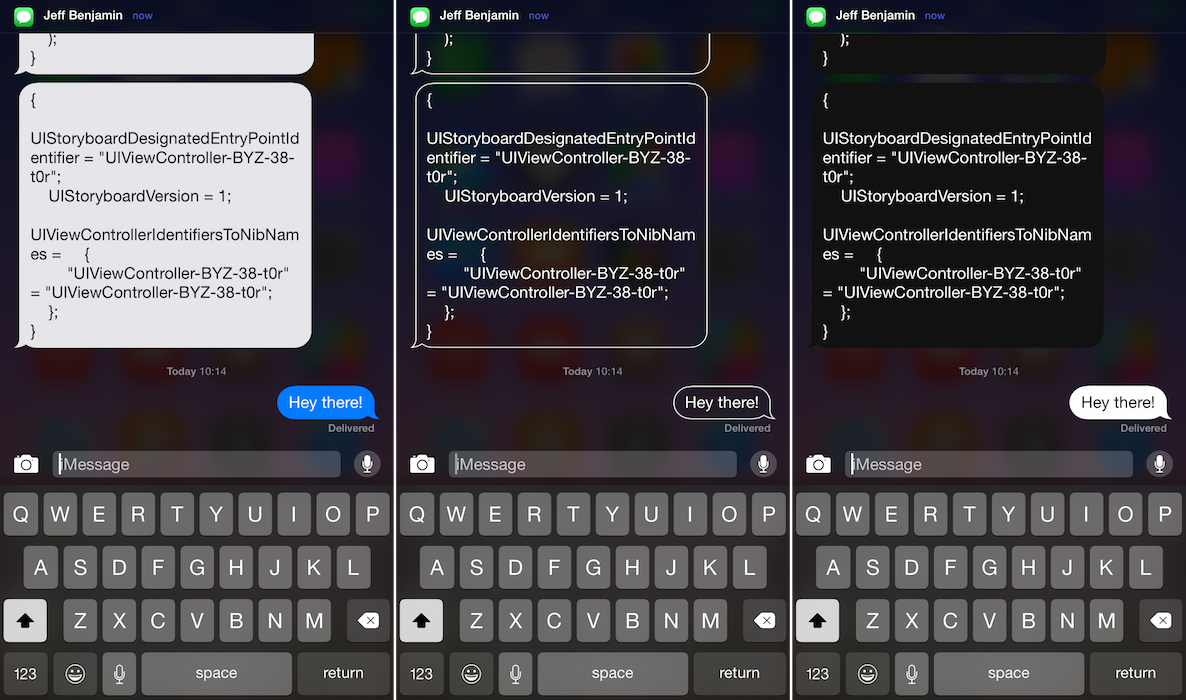 Couria, the popular quick reply and quick compose tweak that’s been in beta for iOS 8, is now available on the BigBoss repo. It brings with it a few new features that weren’t available in the beta version, but much of the tweak will be very familiar to beta testers. If you’ve been dying for a capable quick reply and quick compose tweak in light of biteSMS’ demise, then Couria may be just what the doctor ordered.

Once you install Couria, the quick reply enhancing portion of the tweak is enacted immediately. When swiping down on a quick reply banner notification, you’ll be presented with an enhanced quick reply view that provides you with the full context of an ongoing conversation.

But having the ability to quickly compose messages from anywhere is Couria’s hallmark feature, and that needs to be set up via Activator. You’ll also find a dedicated preference panel for Couria in the stock Settings app.

Couria’s preferences include a kill switch for quickly enabling or disabling the tweak, and the ability to select between three bubble themes. Users can choose between the original theme, Couria’s trademark outline theme, and even create a custom theme. Custom themes include bubble and text color for both incoming and outgoing text messages. Unfortunately, the colors have to be configured using hexadecimal formal, so it’s not as straightforward as simply selecting a color or using an RGB slider. 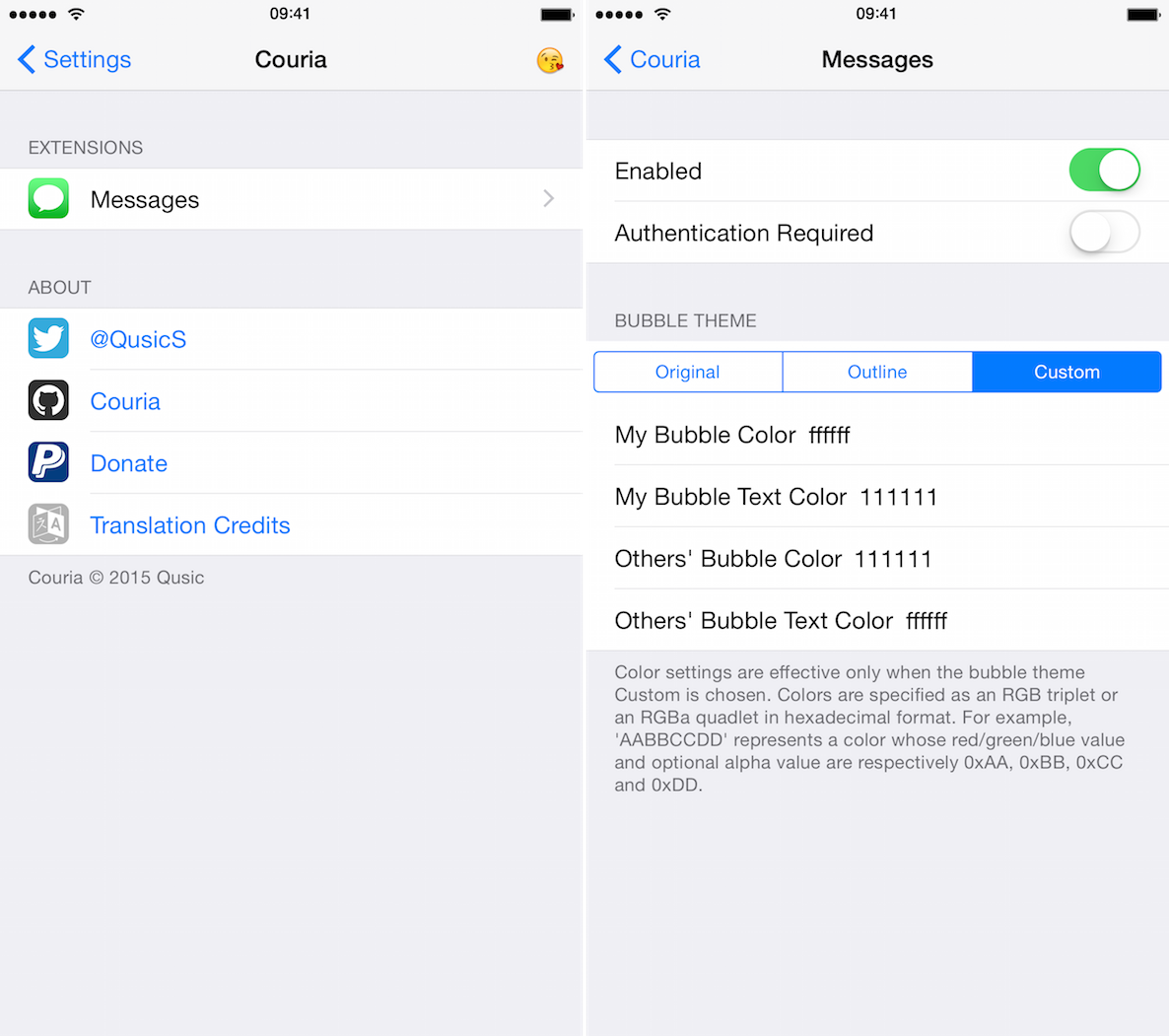 The Authentication Required portion of the tweak’s preferences is there to force you to authenticate when using quick reply from the Lock screen. Oddly enough, no authentication is needed when using the Activator gesture assigned to launch quick compose. It might be best to avoid using Activator’s Everywhere feature so that sensitive-data-exposing quick compose gestures aren’t available on the Lock screen.

Overall, I find Couria to be a competent quick reply tweak, and I’ve felt that way since the beta version. This version is an improvement over the beta, in that it brings added stability, and a few new customizable features.

It’s not perfect, and it’s a far cry from the feature-set entertained by biteSMS, but it’s at least another option. An option that I feel that many will be grateful for, especially considering that it’s available free of the BigBoss repo.

What do you think about Couria?