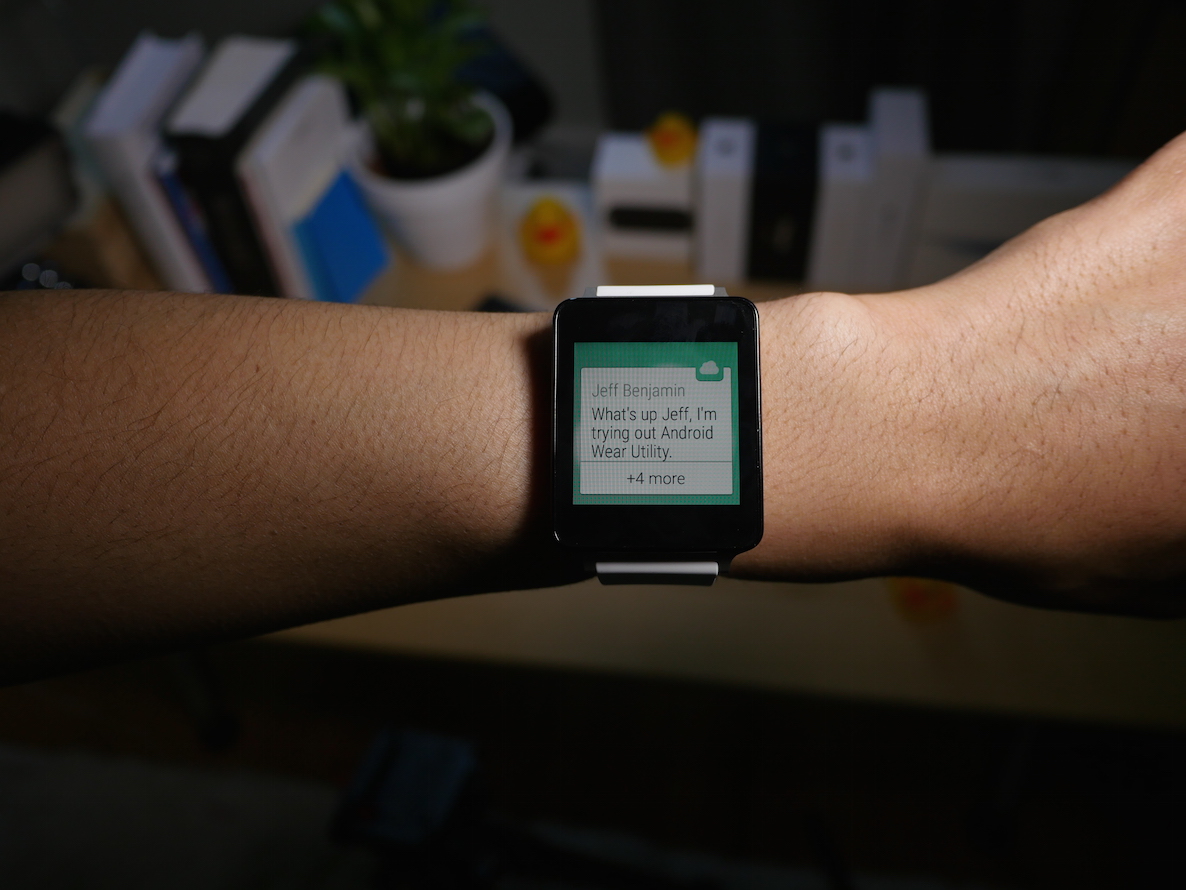 Android Wear Utility has been out on the Cydia Store for about a week, and it hopes to bring Android Wear pairing to iPhone users. This isn’t the first time that a developer has tried. If you remember a few weeks ago, we went hands-on with MuhammadAG’s Android Wear solution and had fairly good success.

But with Muhammad’s Android Wear solution still not yet usable by the general public, the developer of Android Wear Utility saw an opportunity, and brought his solution to Cydia. Does it work? Does it make Android Wear devices a real Apple Watch competitor in the Apple eco system? 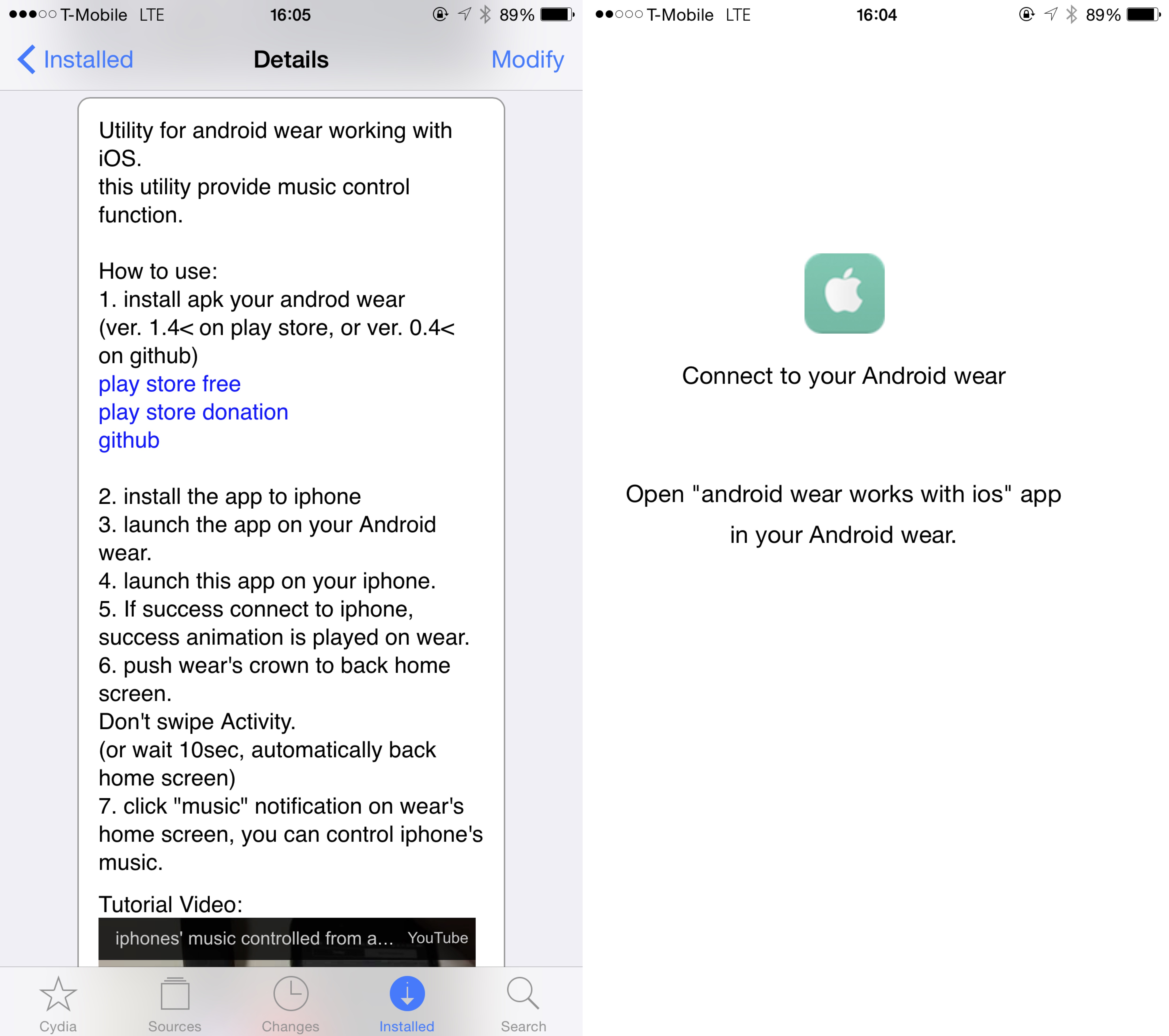 Let me preface this by saying that I’ve had minimal success with Android Wear Utility. I can get my LG G Watch paired with my iPhone and receive one-way notifications, but the app crashed quite often. That said, when it works, receiving notifications is pretty nice, even if they’re purely the informative variety. 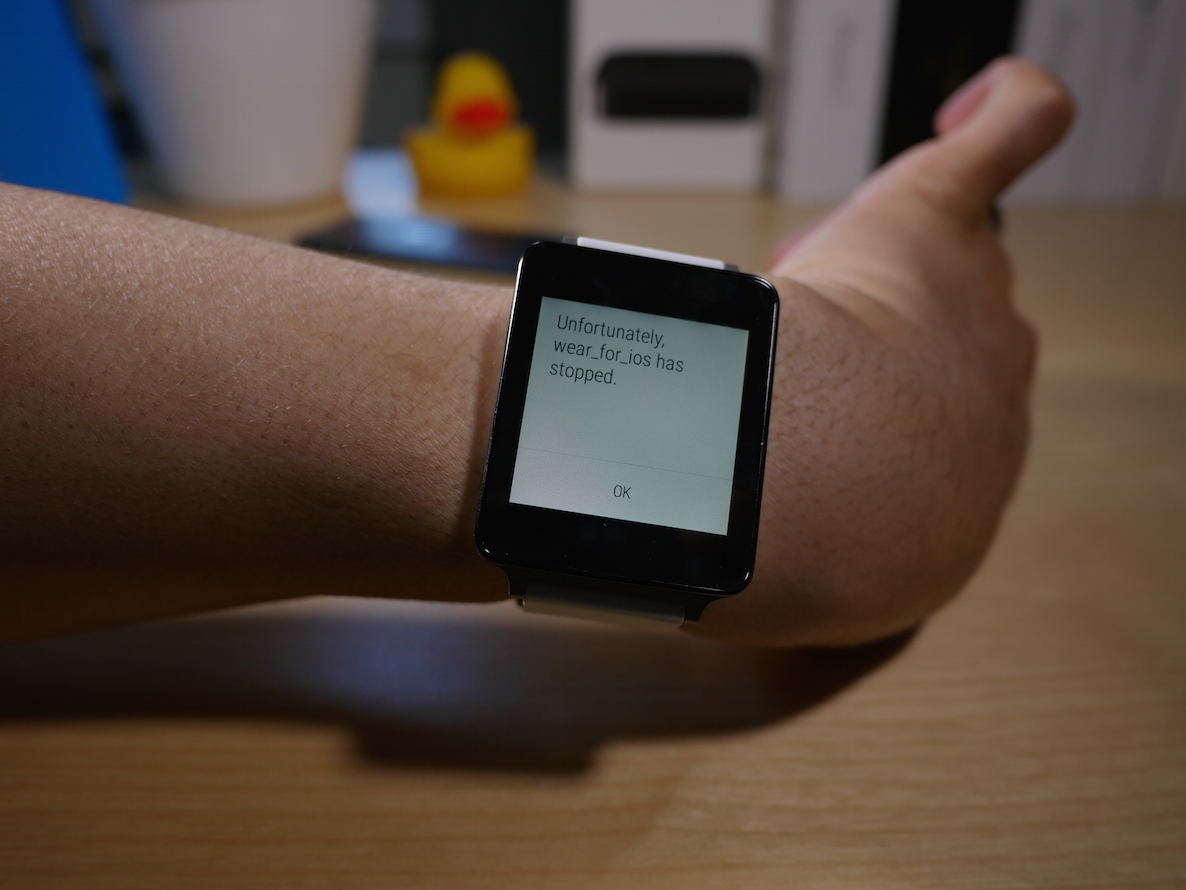 The pairing process was a bit cumbersome, but most of that probably had to do with the language barrier. I found the instructions on Cydia to be a bit lacking, but I was able to understand it a little better by watching developer shiitakeo’s video.

Even Google’s rumored official version of Android Wear support for iOS will be kneecapped when compared to the Apple Watch. But if you’re adamant about mating an LG G Watch or a Moto 360 with an iPhone, then I’d advise on waiting for the official solution. If you absolutely cannot wait, then you can use our Android Virtual Machine tutorial to get your started if you don’t own an Android smartphone.

You can find Android Wear Utility free of charge on the BigBoss repo. Have you tried it? Would you even consider getting an Android Wear device with the Apple Watch launch on the horizon?