EventOnStart is a new tweak that allows you to initiate events on system startup, which includes both resprings and traditional reboots. There are four events available to choose from: vibration, LED flash, sound, and a text message popup.

The headlining feature is without a doubt the startup sounds. In all, there are 42 sounds to choose from, with most of those sounds coming from the stock sound library featured in iOS. But there are couple of new sounds included that may pique your interest…

I must admit, though, that EventOnStart does introduce a slight delay on respring or reboot. I guess it takes a little time to load the sounds and produce a pop-up text message, shine the LED flash, and induce the vibration motor—possibly all at the same time. 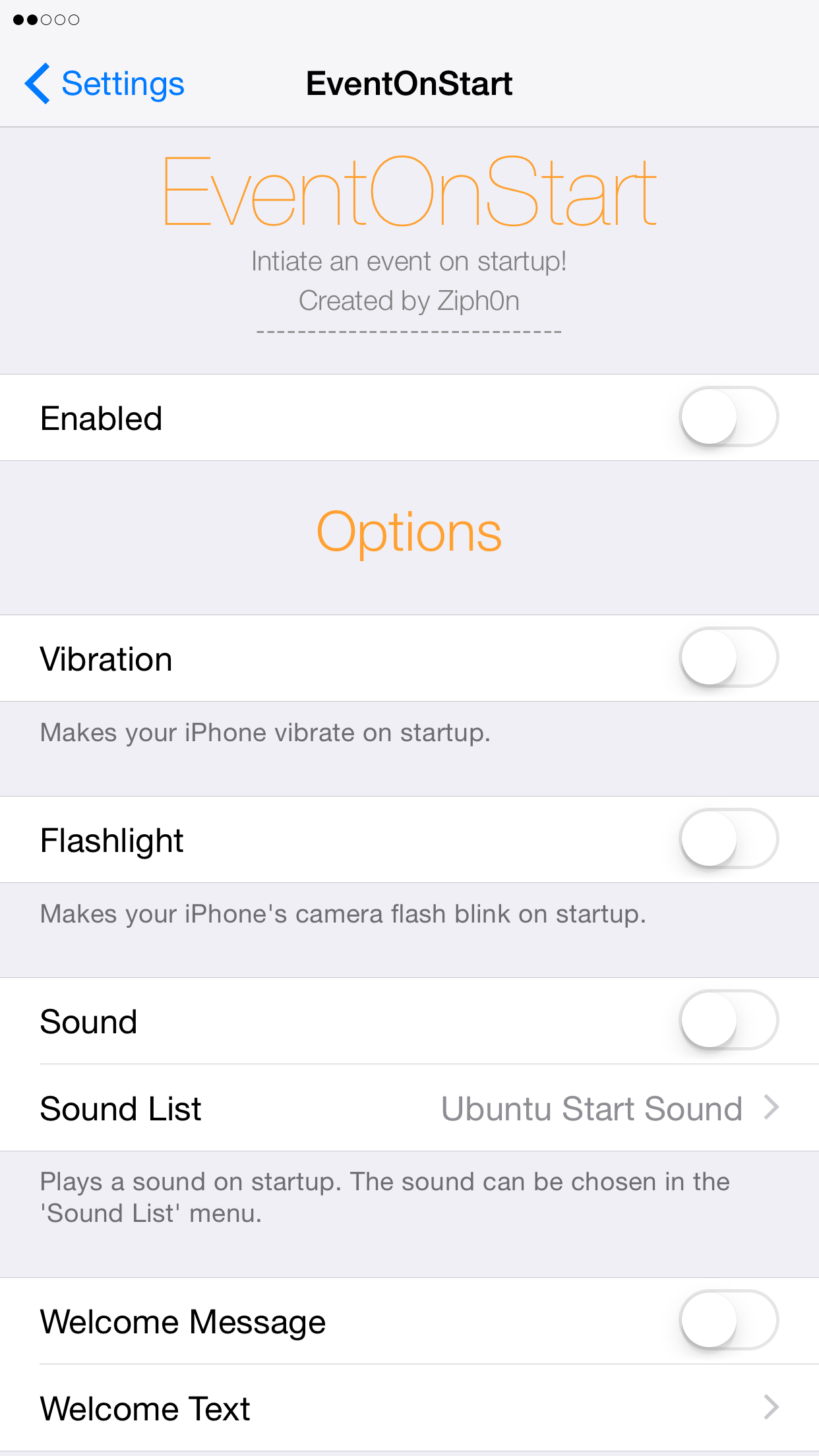 EventOnStart is an interesting tweak to use to show off to you friends, but most of the time when respringing, you just want to get back to the Home screen as soon as possible. With that in mind, I consider EventOnStart to be more of a novelty to use occasionally.

You can find EventOnStart for free via Cydia’s BigBoss repo. What do you think about it? Sound off in the comments below.