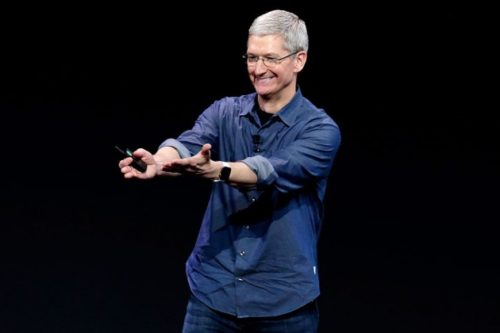 Tim Cook sent out a memo to all Apple employees today, pumping them up for their retail Apple Watch kickoff on Friday. While the device will not officially available until the 24th of this month, customers will be able to submit pre-orders and try on the wearable beginning on the 10th.

In the memo, obtained by 9to5Mac’s Mark Gurman, Cook tells employees that tens of millions of people have watched their Apple Watch keynotes and developers have submitted over 1000 new apps and updates with support for the device. He also announces special employee pricing.

“Starting Friday, in countries where the watch is available for pre-order, a special Employee Purchase Plan will offer a 50% discount on any Apple Watch or Apple Watch Sport for your personal use,” Cook says. “I know that many of you have been looking forward to choosing an Apple Watch for yourselves, and we want to make it easy for you.”

Note that Cook specifically mentions Apple Watch and Sport models, and says nothing about Edition. This makes sense, given that 50% off even the entry-level Edition Watch would be a discount of $5000. But Gurman notes, though, that employees will still get a hefty $550 off of top-end models.

Following the second Apple Watch event in March, Apple and its highly anticipated wearable have dominated tech headlines on a weekly basis with everything from TV specials to executive interviews. Pricing for the device starts at $349, and as previously stated, it is scheduled to launch on April 24.