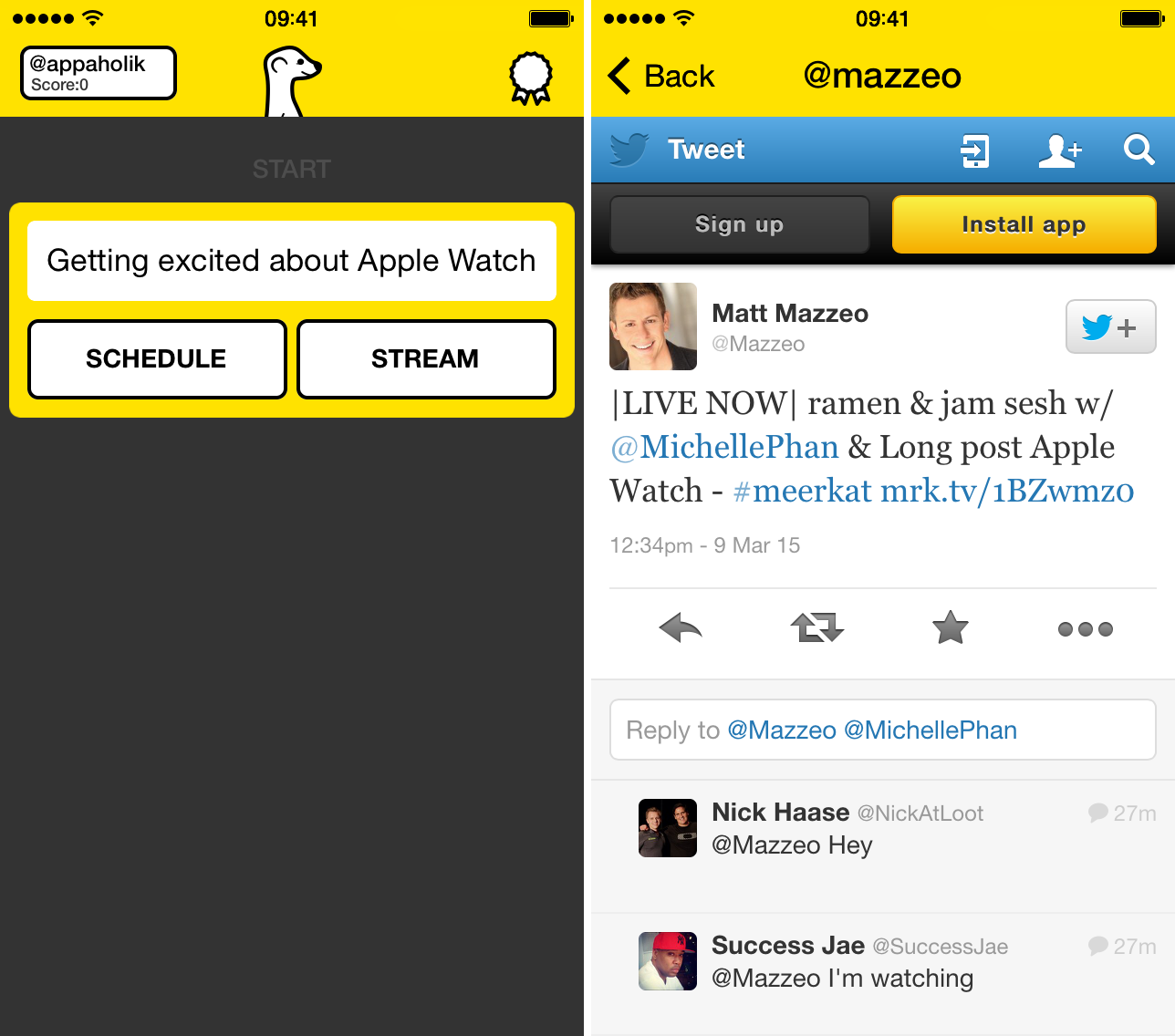 Meerkat, an app which kicked off the live broadcasting craze by letting you stream live video from your iPhone to all of your Twitter followers at once, has released its first major update since its App Store debut a little more than two weeks ago.

The app is now more stable and user friendly and comes with nearly a dozen improvements related to searching, following other people, getting notified about their activity, discovering new streams and more.

In addition to fixing tons of bugs related to audio and video sync, rotation issues and crashes, the update delivered the following goodies:

The previous maintenance update to Meerkat has enabled a richer feed, in-app tutorial and the ability to search any follow any user.

But Meerkat’s future is anything but given as Twitter itself released a live streaming app of its own, Periscope, which in its initial release doesn’t take advantage of Twitter’s back end and vast user base the way Meerkat does.

The 15-megabyte app requires an iPhone, iPod touch or iPad with iOS 7.0 or later.