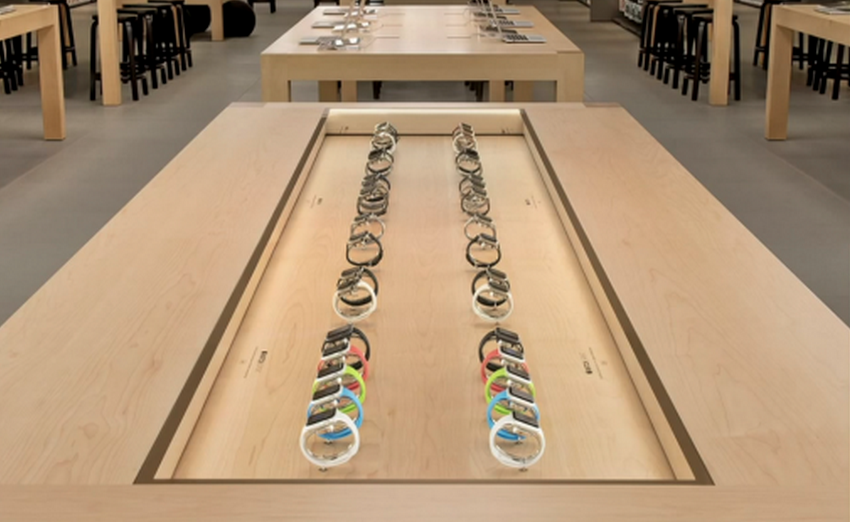 9to5mac is out with a report on Tuesday detailing how Apple Store employees will help customers select the right Apple Watch for their lifestyle, when it becomes available to purchase on April 24. The publication, often providing some of the best Apple scoops, details that retail employees will initiate conversations to build trust, enabling the employee to essentially take the place as a fashion advisor during the purchase process, rather than pushing a new consumer electronic.

There’s a slew of sales training taking place up until the Apple Watch’s launch. The Cupertino-based company is encouraging employees to act as typical jewelry sales people, building relationships with customers to understand their purchase plans, stylistic wants, and fashion needs. Apple Store employees are being trained on how to sell the expensive Apple Watch bands and upsell models of the Apple Watch, which varies in pricing from $350 to $17,000.

According to 9to5mac, here are some of the comments Apple Store employees are expecting to hear from you:

One training pamphlet flat out says: “What’s your opinion on what will enhance [the customer’s] personal style?” 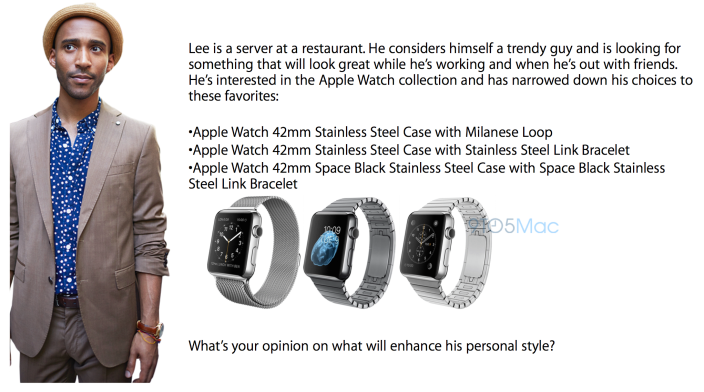 Furthermore, as part of the new retail push, Apple is said to focus on new areas to simplify its sales process:

I sell cars in the summer and this sounds a lot like the process we are trained on.

A previous report detailed how Apple plans to let customers try on the Apple Watch. Apple Stores will have four “zones” to help sell the Apple Watch:

Is there anyone less qualified to give fashion advice than an Apple Store clerk?

While it won’t begin putting out the new Apple Watch tables until April 9 or April 10, Apple has begun putting in-store banners for the new wearable to raise awareness.

Apple announced it will launch the Apple Watch in Australia, Canada, China, France, Germany, Hong Kong, Japan, United Kingdom, and the US when shipments begin on April 24. Pre-orders and the in-store previews will begin on April 10.