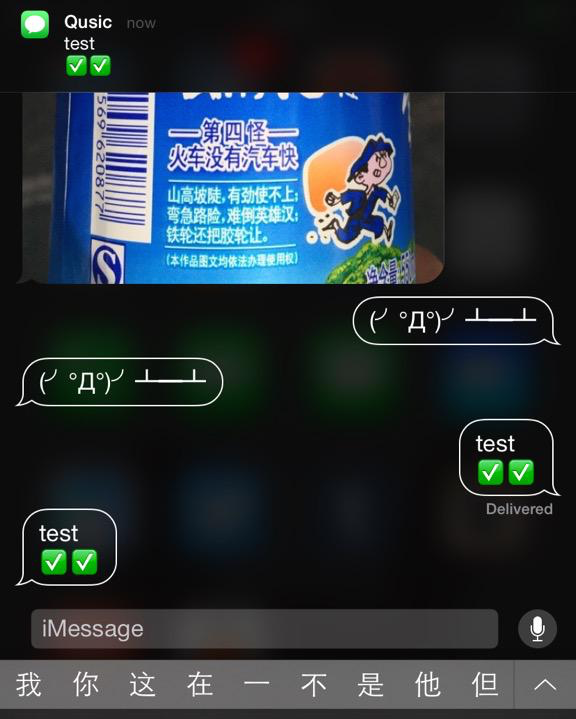 Today, its developer, Qusic, teased the progress he’s been making on Twitter. Here’s a look at what you should expect.

If the iOS 8 version of Couria is anything like the iOS 7 release, then users should expect a lightweight Messages app addon. Here’s my video where I talk about the iOS 7 version:

To use quick reply, users can interact with banner notifications or Lock screen notifications. For quick compose, users can opt to establish an Activator gesture to invoke a composition window for new messages.

Regarding Couria’s potential, here’s what I had to say about the iOS 7 version:

Couria shows lots of promise, but it’s not without its opportunities for improvement. Some may gripe about the tweak’s look. It features an iOS 7-centric style, but some may feel that it still lacks the polish necessary to make this tweak compete with biteSMS.

Sadly, biteSMS is no longer in the picture—at least for the foreseeable future. The door is wide open for a tweak to step in and try to fill the large void left by one of the most highly regarded jailbreak tweaks in jailbreaking history.

I don’t think we should expect Couria to be a 1:1 replacement for biteSMS, because that’s a very tall order for any developer. But I do hope that Couria can provide us with a quick reply and quick compose experience that’s worthy of how the biteSMS team would have done it.

What do you think about Couria and its potential? Are you looking forward to what Qusic has planned?