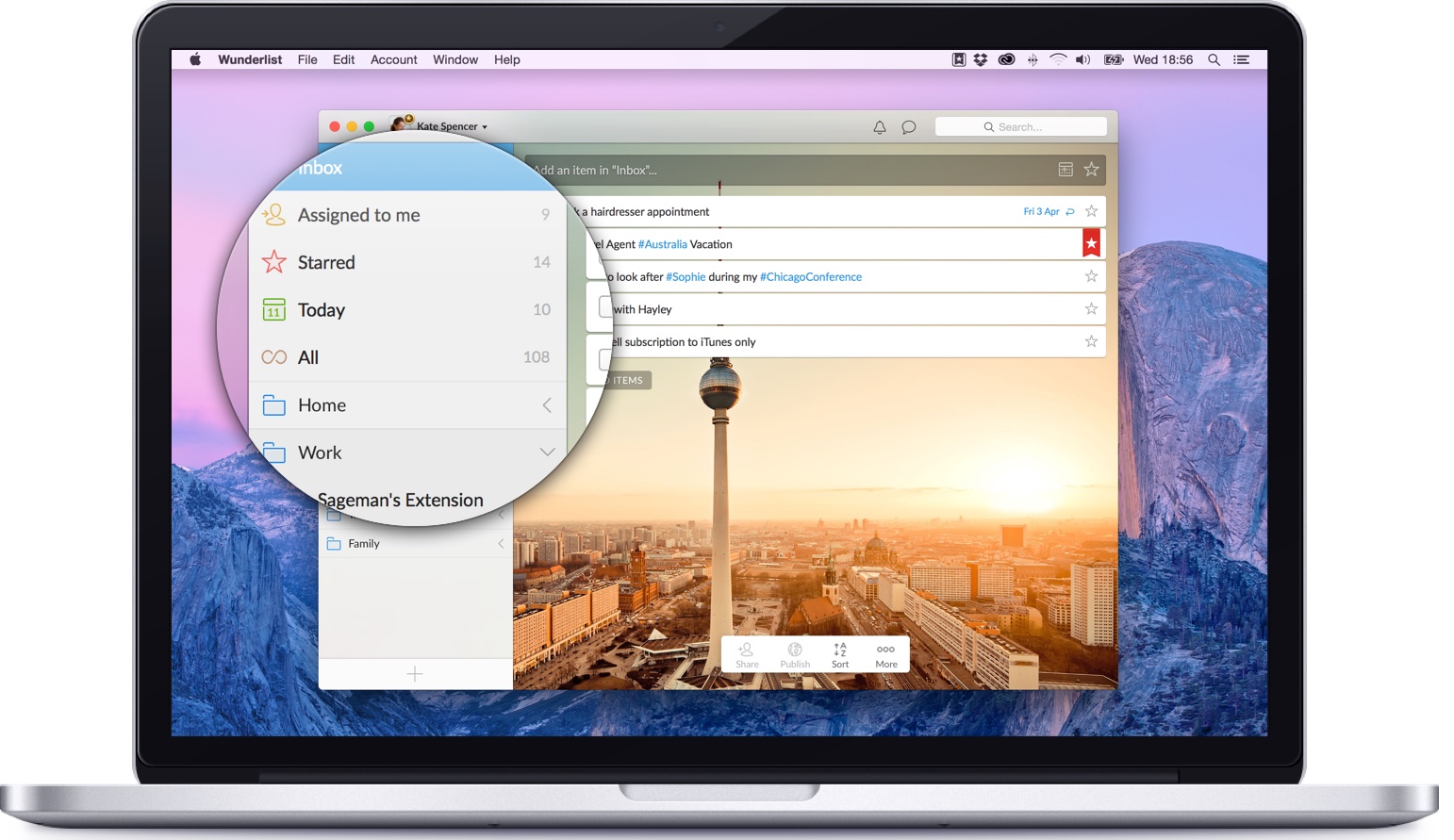 Billed as one of the biggest updates to Wunderlist ever, both the iOS and OS X edition of the software have received a brand new look stemming from a refreshing pop color and twelve hand-crafted pictograms. The facelift simplifies the Home view and makes it a lot easier on the eyes.

Wunderlist users on the web, Windows and Chrome can expect to see the new look interface over the course of the next few weeks.

More important than a fresh coat of paint, Wunderlist now supports folders for better organization of your lists. Just click/tap and drag one list onto another and voilà – you’ve just created a folder, like so.

Folder creation and management is supported in iOS as well as in OS X edition of Wunderlist. In fact, folders in Wunderlist are available as a free feature across the iPhone, iPad, Mac, Android, Chrome, Windows, Windows Phone, Windows 7 and on the web.

People who prefer Wunderlist on their iPhone will notice a new blue circle button in this update. Tapping it lets you quickly add a to-do or a new list so you’ll be no longer fumbling with menus each time an item needs adding to a list.

And taking advantage of natural language processing, the Quick Add feature can automatically create a Reminder and Due Date to your to-dos as you type or speak (it detects phrases such as “Monday at 9am,” etc.)

Here’s how it works.

Initially exclusive to iPhone, Quick Add will be coming to other Wunderlist editions sooner than later.

“And finally, we’re super happy to report back that the annoying language switching bug that many of you were reporting has been apprehended by the authorities and won’t be making a ruckus anymore,” developers noted in release notes accompanying the 36.2-megabyte Mac download.

Developers are already promising even more awesomeness in future iterations of the software, including the ability to sync lists with third-party apps and services like Gmail and Slack, that we use on a daily basis to improve our office communication.

Wunderlist is available at no cost on the iPhone/iPad, Mac and a myriad of other devices.