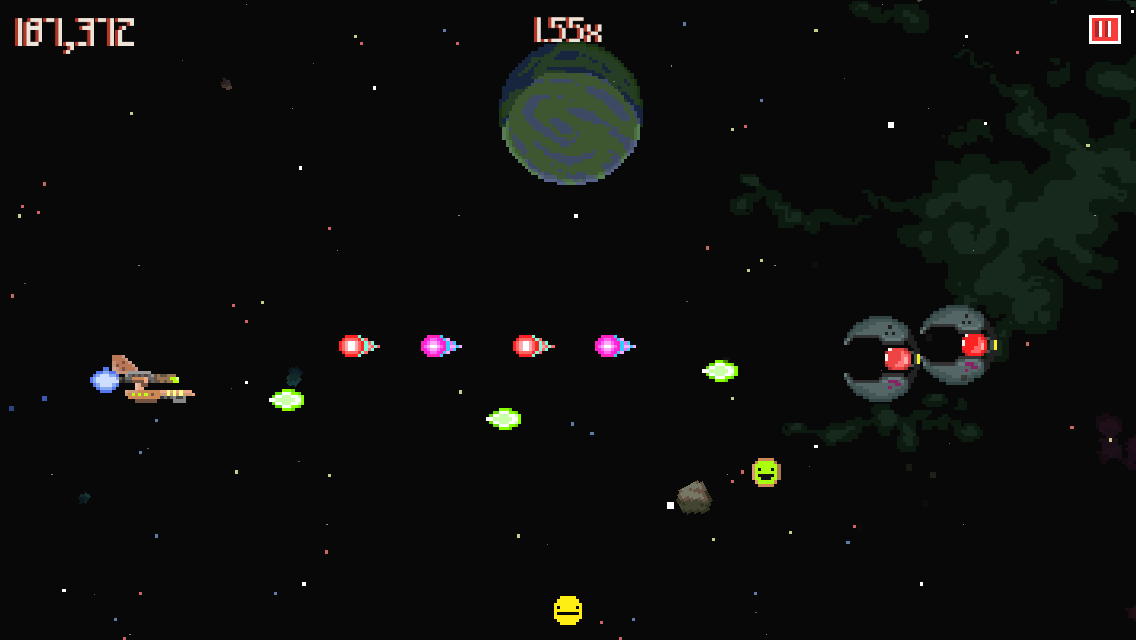 Simple arcade shooters are some of the most exciting video games to have ever been created. No matter what your skill level, weaving through space debris and avoiding oncoming attacks can challenge anyone’s abilities.

Infinite Cosmos is a retro style, space-themed arcade shooter that puts you in the cockpit of a minimally armed, low armored spacecraft as you blast your way through enemies, asteroids, and anything else that gets in the way. We’ve got a hands-on game review of Infinite Cosmos for you today.

This game harkens back to early to mid 1980s style shooter games like R-Type. Players control the movement of their spacecraft while the on-board weapons fire automatically. The goal is to get the most points. As your experience grows, your ship’s weapons fire faster and stronger.

It wouldn’t be a retro arcade game if the graphics weren’t pixelated. The mechanics have a simple control scheme. Players move up, down, forward, and backward by dragging a finger around on the screen. You can use the left or right side of the screen to control movement. The weapons fire automatically, but only while your finger is touching the screen.

The game’s soundtrack is typical of a 1980s space-themed arcade game with chiptune style high-energy. 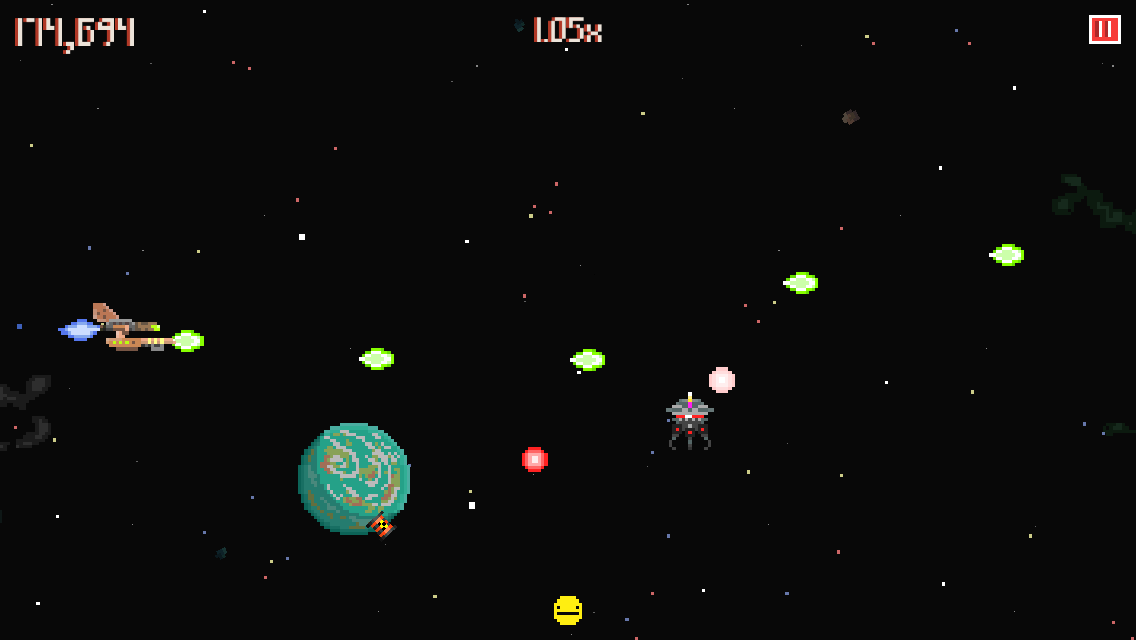 Players attack oncoming enemies in a side-scrolling space battle. Your ship is on the left side of the screen and the enemy attacks from the right. At first, your ship fires off at about one shot per second (maybe a little faster). But, each time you level up, your ship gains speedier firepower.

You can sometimes pick up loot from destroyed ships in the form of health increases, which look like smiling faces.

As you level up, the enemies get stronger, faster, and more annoying, too. At first, they are lined up in a column with no weapons and the move slowly in one direction. But by the fourth level, ships take multiple hits to be destroyed, they move in all directions, and have rapid-fire attacks that you must avoid. To make matters worse, you are surrounded by asteroids that will do damage to your ship’s hull if you hit them. 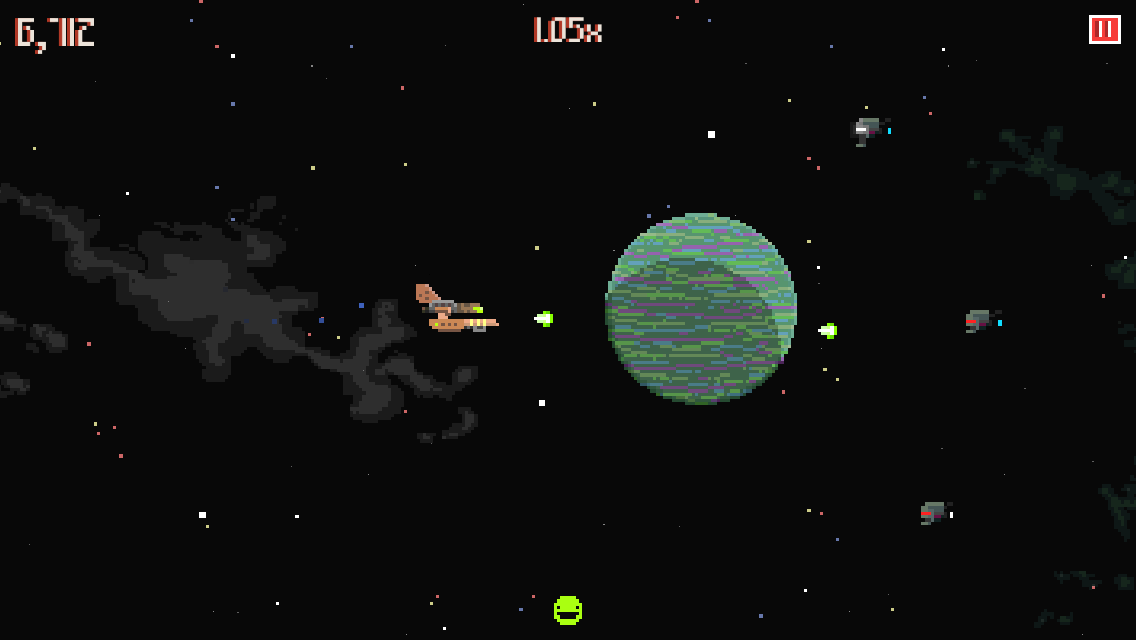 This is a well-made, simple arcade shooter. I love how easy it is to figure out. Even though the game starts out slowly, it doesn’t take long for it to become incredibly challenging.

Nothing. This game is pretty great just the way it is.

Infinite Cosmos costs $0.99, which is the perfect price for a simple game like this. Plus, even though it is the lowest price one can charge without being free, there are no in-app purchases to dissuade you from playing. The replay value is ultra high. The game boarders on addicting.

Fans of old school arcade space shooters should take note. This game fits the mold perfectly. I highly recommend it for fans of the genre. This game is available on the iPhone, iPad, and iPod touch. Download it in the App Store today.

As mentioned harkens back to games like R-Type. It is definitely a 1980s throwback to classic arcade shooters.

What do you think of Infinite Cosmos? Let us know in the comments below.