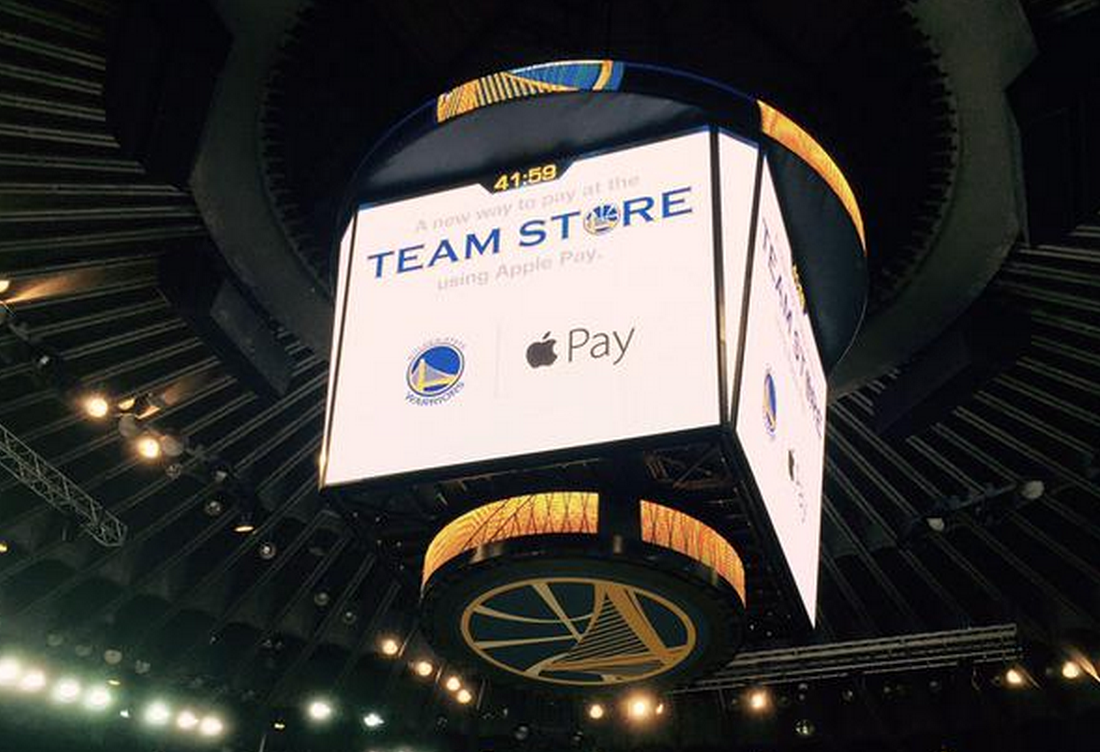 Apple’s software boss Eddy Cue, an avid Golden State Warriors fan, was on-hand at Oracle arena in Oakland on Saturday to help with the official rollout of Apple Pay at the team store, the second such to support the mobile payment technology.

While we expect many details for the Apple Watch to be revealed on Monday, Mashable reports Cue, who was wearing a stainless steel Apple Watch, offered details on how Apple Pay will work with the wearable.

Cue told the publication that as long as users have their iPhone nearby and their watch is unlocked, then they simply need to double tap the watch’s side button — no need for Touch ID or even a passcode. While Cue was wearing the Apple Watch, he used his iPhone 6 to make a purchase from the Golden State Warriors team store.

“You don’t have to authenticate on the phone,” Cue explained. “Your watch has to be unlocked and your phone can unlock your watch and so it knows, if I took my watch off and gave it to you it would know. If I wanted to pay right now I could just pay with the watch and not have to take the phone out at all or unlock it.”

Cue also confirmed that iPhone 5/5s users who have an Apple Watch will be able to make NFC payments with Apple. The iPhone 5/5s doesn’t have NFC built-in, however you can use the Apple Watch’s NFC to complete the purchase. Cue explained “you just type in your code, either on the watch or on your iPhone.”