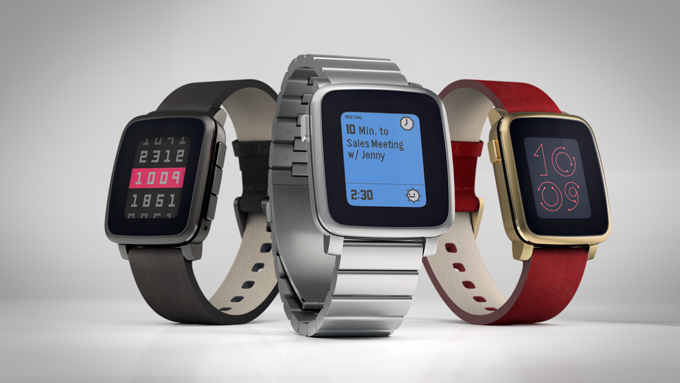 After announcing new Pebble Time models featuring a color e-paper screen, built-in mic, an enhanced software and other improvements last week, Pebble Technology today took the wraps off a higher-end Time Steel model. Featureing a face made of machined stainless steel protected by Gorilla Glass, the Steel supports two watch straps, one made of leather and another of stainless steel.

Compared to the regular Pebble Time, the Steel model is one millimeter thicker and has 10 days’ worth of battery life. By comparison, the Time has a weeklong battery. The Steel edition will be available in three metallic finishes: silver, gold and black.

Aside from a stronger battery and premium materials, the Steel edition of the device is the same as the standard Pebble Time in terms of the features and hardware.

Seen below: a leather bend for the Pebble Time Steel. As mentioned before, Steel models will feature both stainless steel and leather bands.

A smartstrap system is actually open to hardware developers who can now build add-ons to both the Time and Steel in the form of watchband-based enhancements. 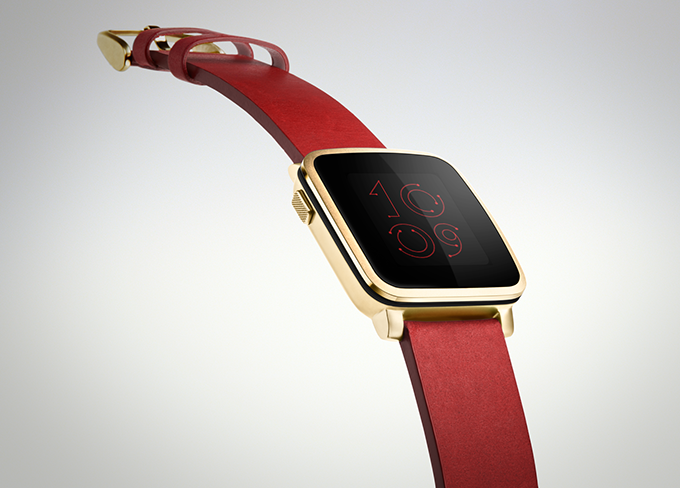 Featuring a port on the back of the watch and the quick release band technology, hardware makers can now take advantage of Pebble’s smartstrap solution to create watchstraps with integrated sensors such as a heart rate monitor, electronics like a GPS chip and even batteries.

With a few hardware partners already on board, the startup is expecting first shipments of smartstraps later this year.

According to The Wall Street Journal which chatted with a Pebble spokesperson, Pebble Time backers will be able to easily upgrade to Pebble Time Steel, “without losing their place in line.”

The Time Steel is priced at $299 (the regular model is $199) and set to ship in July of this year. You can pre-order yours through Kickstarter for $250.

Since its debut a week ago, more than 54,000 fans have helped the company raise a whopping $11 million by pre-ordering their Time on Kickstarter.