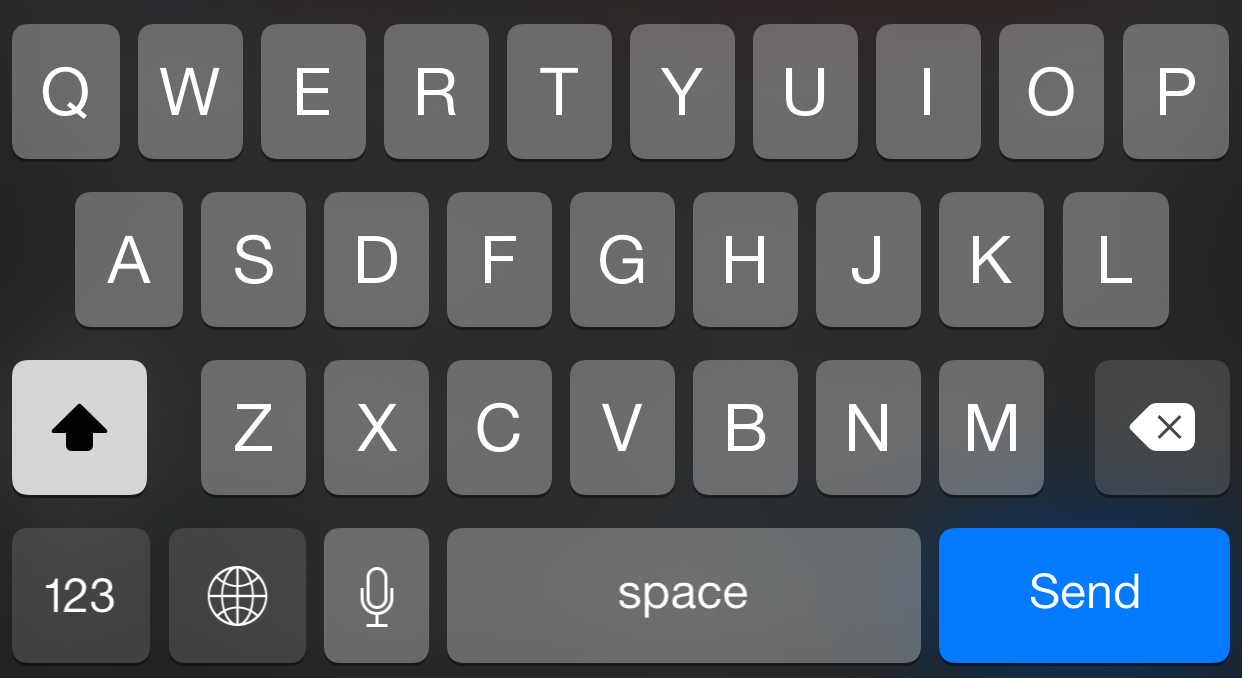 Are you ever annoyed by the presence of the “return” key in the Messages app? Yes, sometimes it’s nice to be able to quickly insert line breaks in messages by means of this key, but it’s usually a rare need, and as such, some find such a key to be unnecessary.

Instead, wouldn’t it be cool if you could replace the return key with a send button? That’s the premise behind a beta tweak called ReturnToSender.

Once you install ReturnToSender, you can configure its preferences from the stock Settings app. There, you’ll find a kill-switch, and several additional switches for tweak customization. 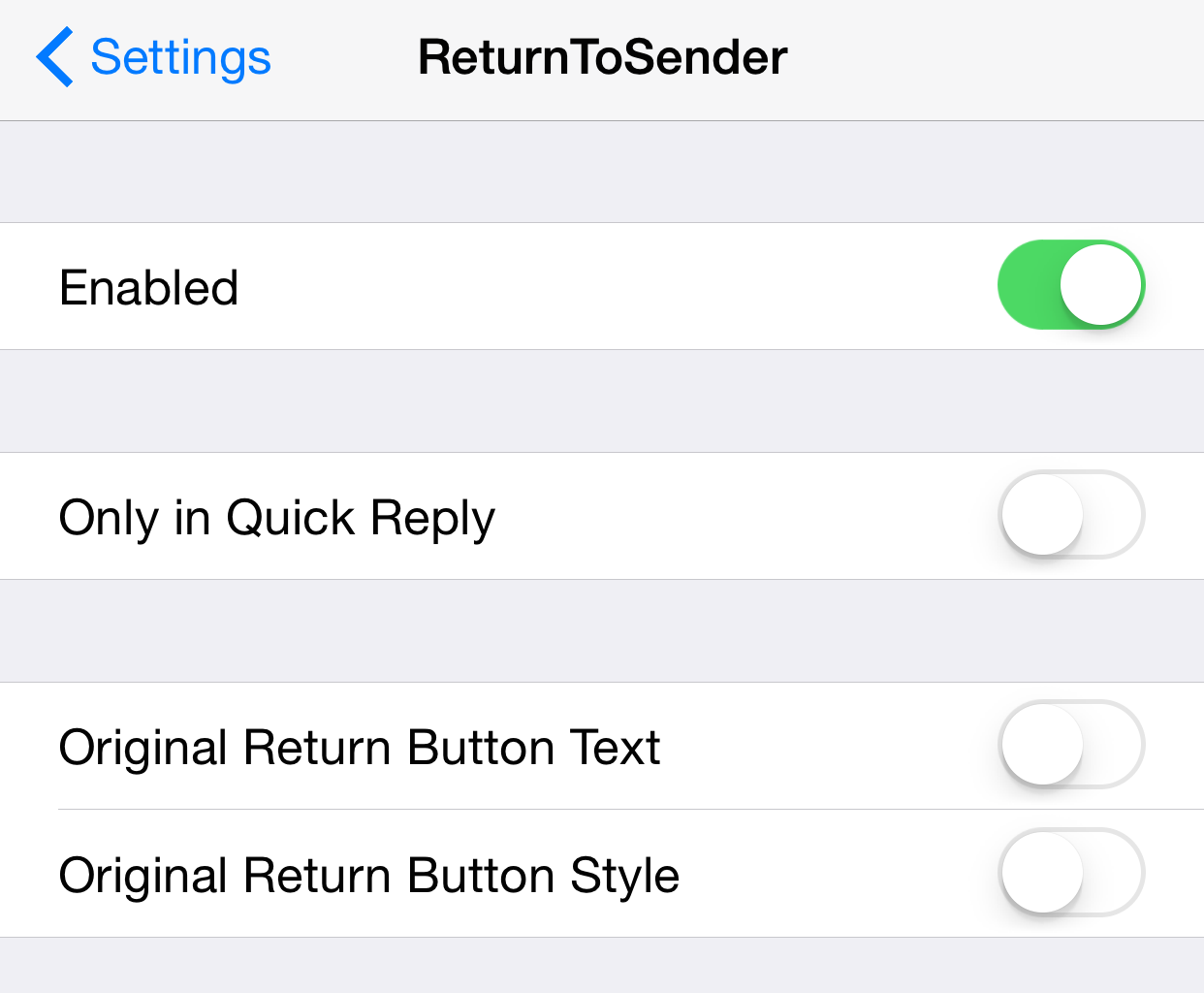 The Only in Quick Reply switch makes it so that ReturnToSender only takes effect when in the quick reply interface. If you turn this option off, then ReturnToSender will work within the full Messages app as well. 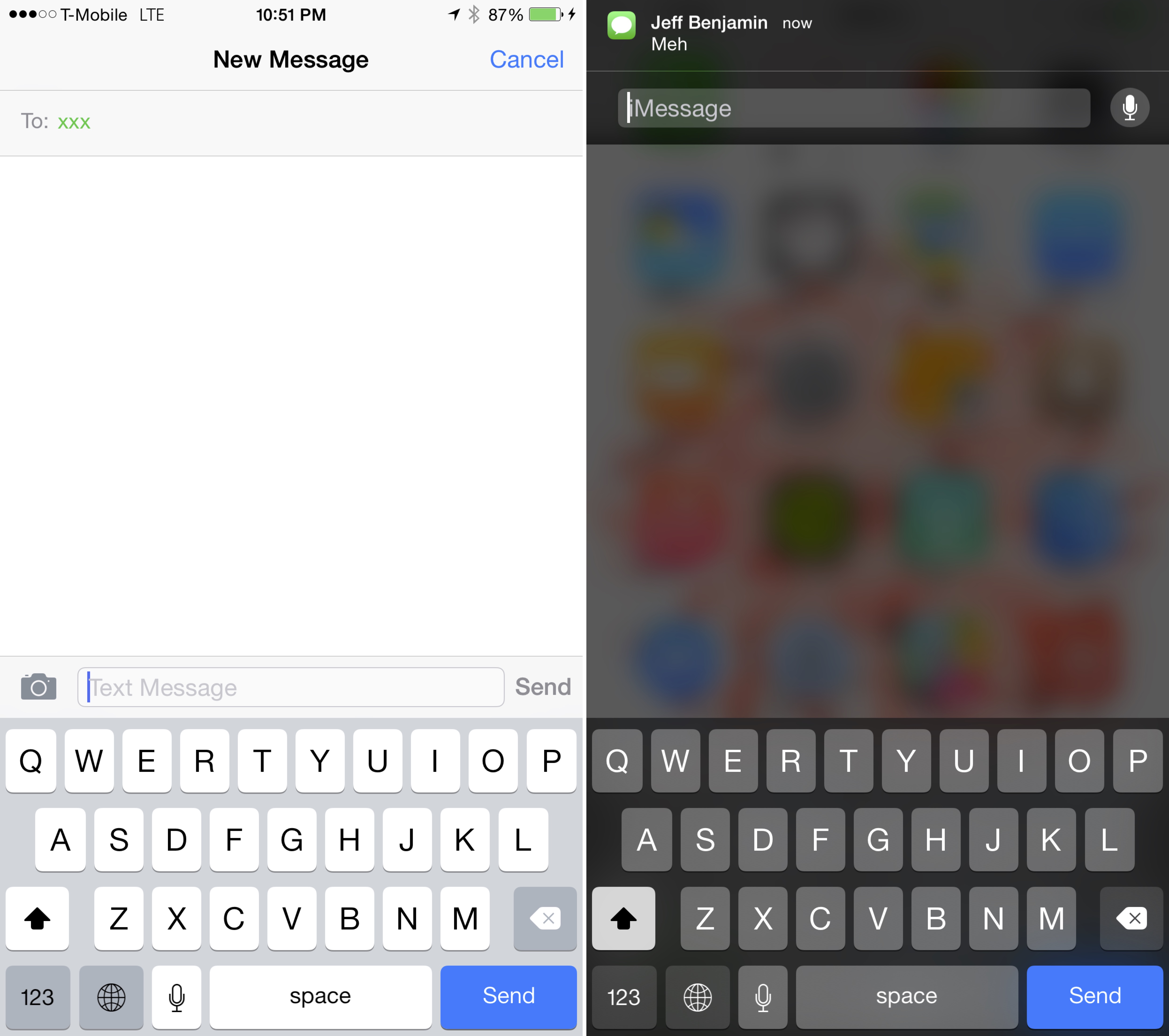 There are also two switches for retaining the original button style and text style. You can keep the send functionality, but make the tweak more stealth, by keeping stock button text and styling.

Although ReturnToSender isn’t available on the default Cydia repos, you can easily add the source to Cydia and download it free of charge today. The Cydia source that you’ll need to add is as follows:

While the tweak is technically in beta, I’ve been testing it out for the last day and haven’t encountered any issues. I’ve opted to only use it within the quick reply interface, since there’s already a send button available not too far above the keyboard within the Messages app.

What do you think about ReturnToSender? Is its functionality something that you’ve been clamoring for?