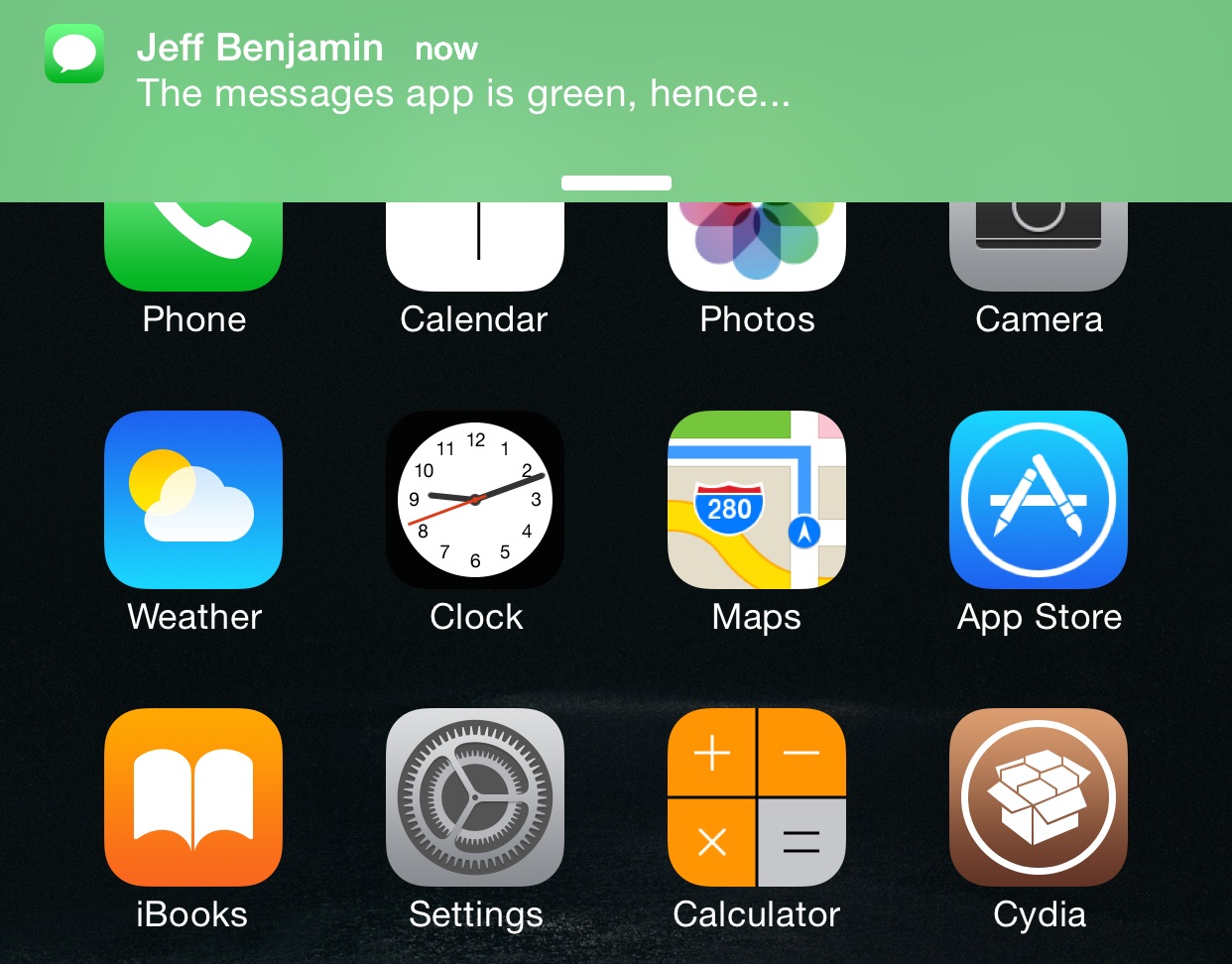 You may have noticed that DathBanners takes the average of the colors on the app icon responsible for sending the banner. For app icons that feature dominant colors like Messages and Twitter, this can result in a good looking banner. But for apps that feature a kaleidoscope of colors, it can result in a muddy mess. Take the Slack app for example:

That app’s icon features a variety of colors, and as such, the resulting banner notification is an ugly shade of brown: 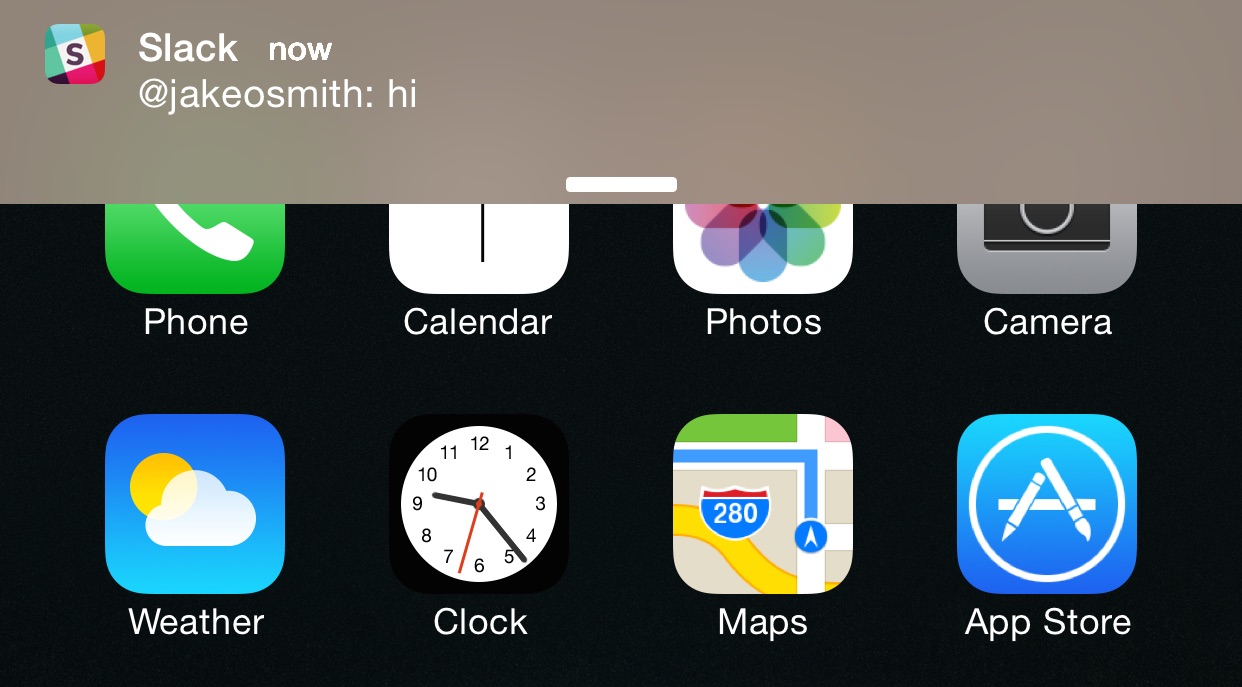 Once you install DathBanners Lite, it’s ready to use immediately. I’m guessing that the “lite” designation is due to the plug-and-play nature of the tweak, seeing as it features no preferences or settings to configure.

Perhaps the full version of DathBanners—the non-lite version—will include preferences for customizing the tweak and the colors that it pulls from. But even in its current state, I think that DathBanners is a winner and I highly recommend that you try it out.

Again, DathBanners is available free of charge on Cydia’s BigBoss repo. What do you think about it? Sound off down below with your opinions on the release.