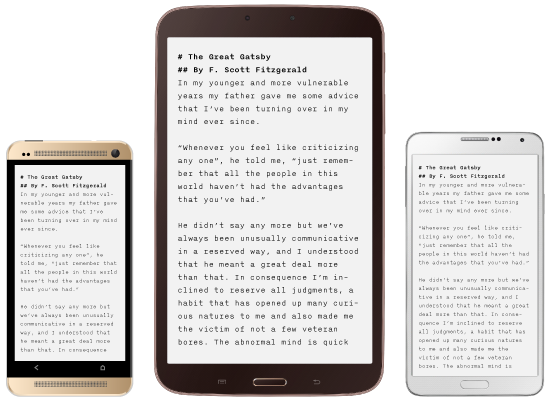 iA Writer, one of the best and most popular iPhone, iPad and Mac applications for distraction-free writing on the go, has been ported to Android and is now available for download in the Play store.

On Android, the app sports the familiar, polished interface with Focus Mode that highlights the current sentence being written. It also syncs with Dropbox and does Markdown — again, just like its iOS counterpart does.

Much to their surprise, the team discovered only scant traces of the horror stories related to Android development after embarking on porting the app over to Android in the summer of 2014.

“Android has come a long way from the unsightly UX and low quality device mess it was just three years ago,” developers said.

Google’s SDK offers a reasonable abstraction of Android’s inherent complexity, they argued, which helped make the dreaded Android fragmentation issue more manageable than they thought it would be.

iA Writer for Android can be seen top of post. The iPhone edition is pictured right below. 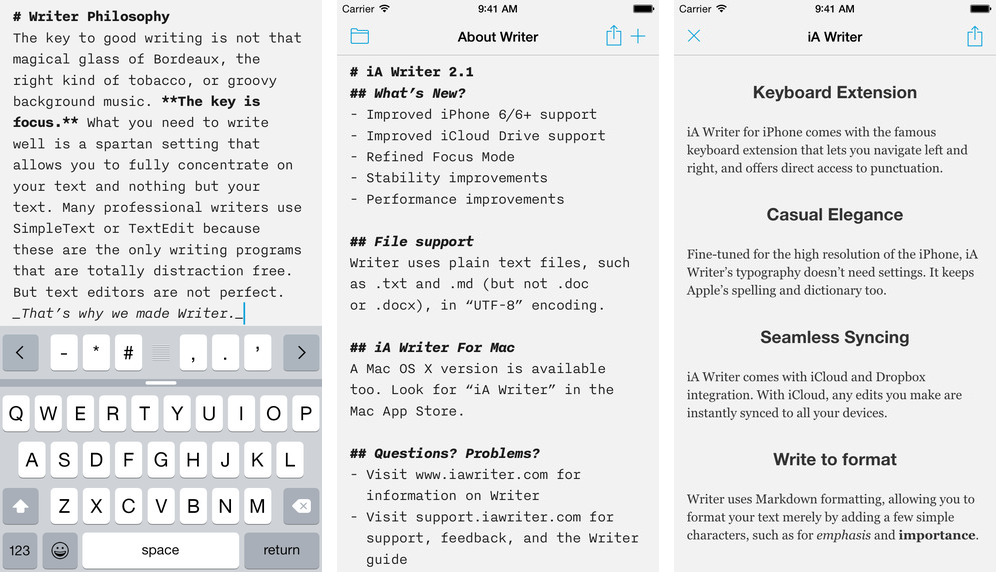 With the new APIs and Material Design in tow, Android 5.0 Lollipop is at its core “a completely new OS,” although some of the APIs are still stubborn and “full of madness.”

On the downside, the many downsides to Android’s open, hacker-friendly nature still persist and aren’t going away anytime soon.

“Any app is bound to run almost unchecked by a central authority,” meaning apps in the Android world often “get stolen and bundled with malware, then redistributed under a different or even the same name — not a good prospect if you’re just leaving Apple’s safe haven.”

“So far, the downsides of Android’s openness have been offset by the friendly, multifaceted culture around Android,” the post sums it up.

As mentioned before, iA Writer facilitates a focused writing environment. That’s why app lacks bells and whistles such as formatting options.

No, you can’t choose your own fonts and colors: iA Writer is a writing app, not a word processor. The Android edition uses plain text files, such as .txt and .md (but not .doc or .docx), in “UTF-8” encoding.

“iA Writer for Android is a start — we like to compare it to the first Writer for iOS version released in 2010,” the team noted.