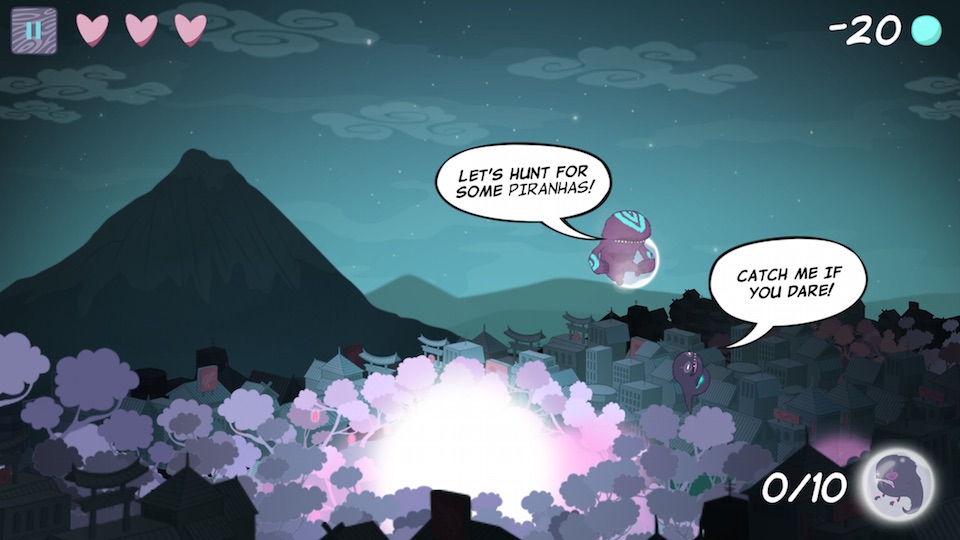 Most of us have wondered where dreams come from at least once or twice in our lives. There is even a whole industry around interpreting them. What if there was a whole other dimension where creatures were fighting to protect our good dreams from other creatures that are trying to steal them.

Imps In Tokyo is an adventure arcade that tells the story of good creatures protecting our dreams from bad ones. If they don’t stop the invasion, we may never sleep soundly again. 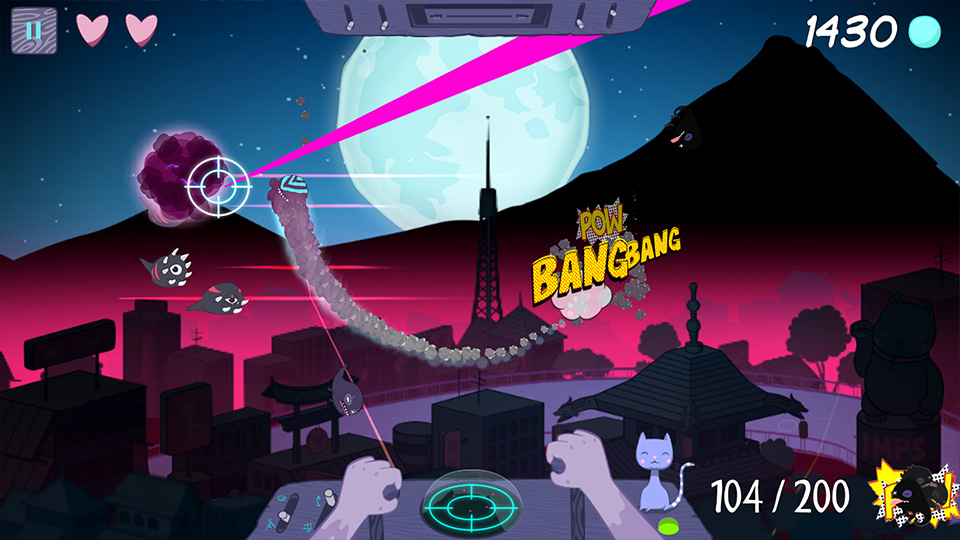 Players control dream catchers called Imps. While chasing a traitor Imp, they accidentally ended up in Earth’s Umbra, which is where dreams become solid and reality becomes a dream.

The goal is to collect glowing dreams for points, while also destroying bad creatures, called Nixies. Players drag their finger around on the screen to make the flying Imp follow the path they draw.

When catching dreams, the Imp should grab the green one first, which will turn yellow ones into green ones subsequently. Green dreams are worth three points and yellow ones are only worth one. 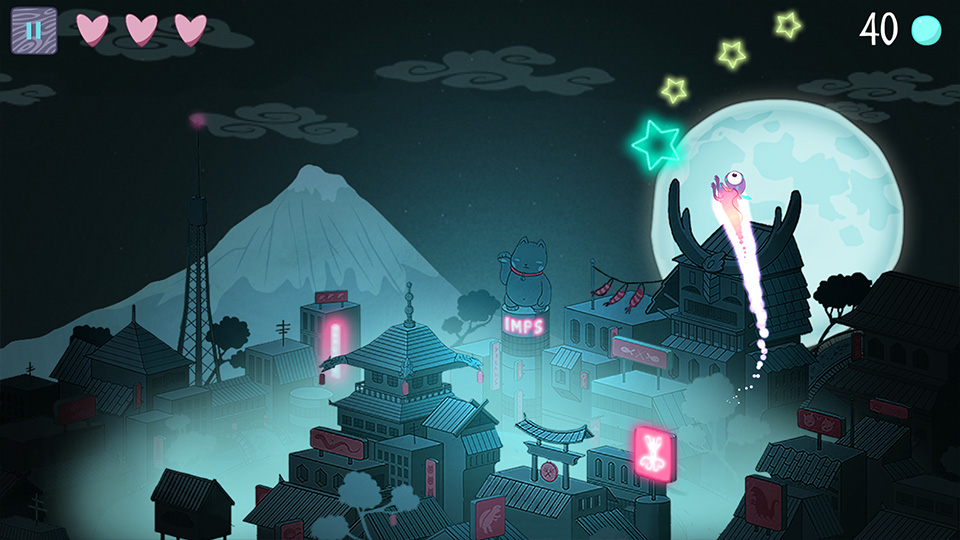 There are five different Imps to choose from, each with different abilities that are used to help stop Nixies from invading and stealing our dreams. For example, Hester has a poisonous tail that slows piranha Nixies down so they can be destroyed.

The challenges on levels are also different. Sometimes, you’ll be catching dreams. Other times, you’ll be outrunning dangerous Nixies. On one level, you must trap Nixies so you can try to get information out of them.

Even though the game is based on arcade mechanics, it is heavily story driven. Players follow along as the Imps try to track down the nefarious traitor so they can stop him from unleashing destruction on Earth’s dreams. The story has a definite element of humor. The Imps have funny personalities, there are often lighthearted jests, and one Imp’s power is farting. Seriously.

Imps in Tokyo is on sale for a limited time for $1.99. Once the sale is over, the game will go up to $3.99, so if you want to check this one out, download it in the App Store before the sale ends.

What do you think of this dreamy arcade game? Let us know in the comments below.