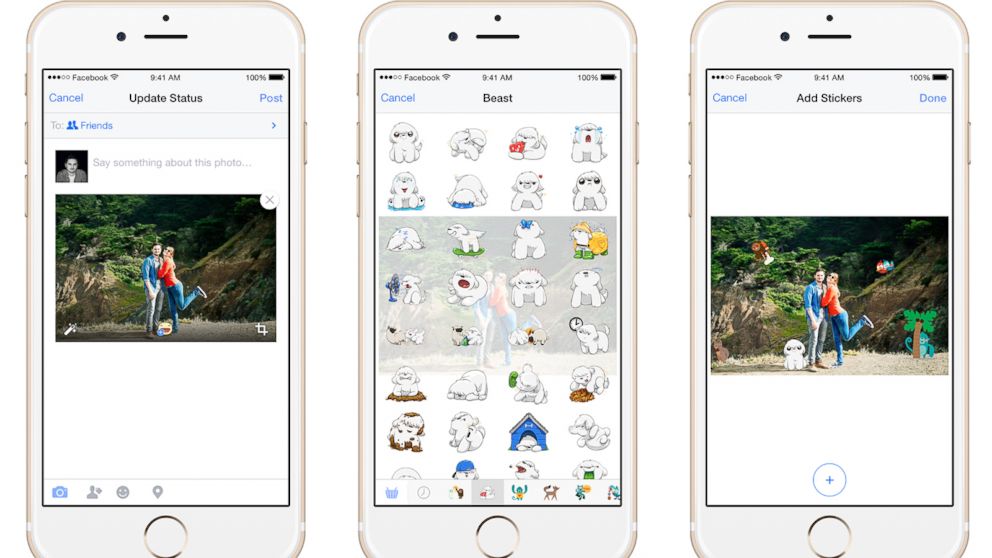 Facebook today began rolling out a new feature to its mobile apps that will allow users to add stickers to their photos before uploading them. The functionality is similar to that in the “Stickered for Messenger” app the social network released back in December.

Users who have received the update should see a small icon at the bottom of each uploaded image, which you can tap to see all of the stickers you can use. After selecting a sticker, you can determine how big you want it and where it should be placed on your photo.

The Facebook app has long supported the use of stickers, but has up until now restricted them to areas such as private messages and comments. Today’s update expands their usability, and brings the flagship Facebook app in line with its Messenger counterpart.

You can find Facebook in the App Store for free. If you’re not seeing the update, give it a little bit, it appears to be a staggered rollout.