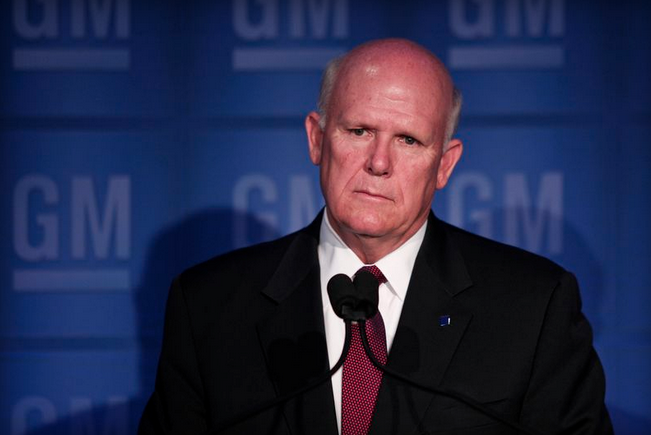 Following rumors Apple plans to make its own car to compete with Tesla, former General Motors CEO Dan Akerson is weighing in on the matter. In an interview with Automotive News, Akerson said he doesn’t think Apple has what it takes to make a car, mainly because of the manufacturing process.

“A lot of people who don’t ever operate in it don’t understand and have a tendency to underestimate,” said Akerson. “They’d better think carefully if they want to get into the hard-core manufacturing,” he said of Apple. “We take steel, raw steel, and turn it into car. They have no idea what they’re getting into if they get into that.”

Akerson held his position at General Motors for three and a half years and has had several other jobs in the auto industry. The former executive said he believes that Apple should stick to in-car electronics for legacy car makers, like the Cupertino-based company is currently doing with CarPlay.

Akerson’s comments come after the Wall Street Journal, Reuters, and The Financial Times reported that Apple has a team together working on a car. It’s not clear if this is something that is actually coming to market, however these publications report the building is actually happening.

This isn’t the first time an executive’s comments could back fire with thoughts on Apple.

To his credit, I don’t think Akerson was doubting the product, but rather the logistics and how Apple could handle them.

Source: Automotive News via The Verge