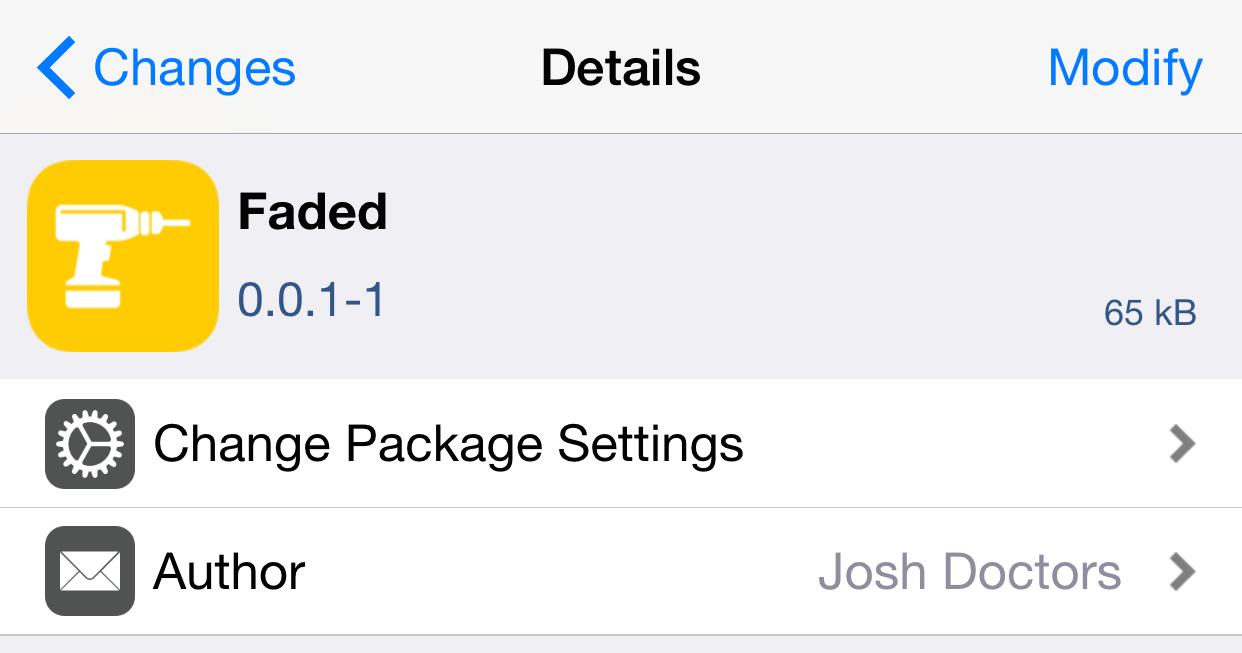 Faded is a free jailbreak tweak that adds a subtle fade effect to music tracks played with the stock Music app found in iOS. It aims to bring an end to the abrupt pauses and plays that normally occur when pausing, playing, and changing tracks on your iPhone.

Once installed, Faded starts working immediately. Unfortunately, there are no options or settings to configure to turn the tweak on or off, so it’s an all or nothing affair. If you want to stop Faded, you’ll need to uninstall it via Cydia.

Faded only works with the stock Music app, so its effect won’t be heard on Spotify, Rdio, or other popular music apps. For that reason, it’s probably not going to bring much value to you if you aren’t an avid Music app listener.

While Faded’s effect is subtle, it was noticeable after comparing the Music app with and without it installed. It’s not going to be the type of tweak that totally transforms your music listening experience on your iPhone, but it brings enough to the table that some may prefer having it installed.